Big names like Ralph Gilles and Tommy Kendall are involved in this tiny car show. 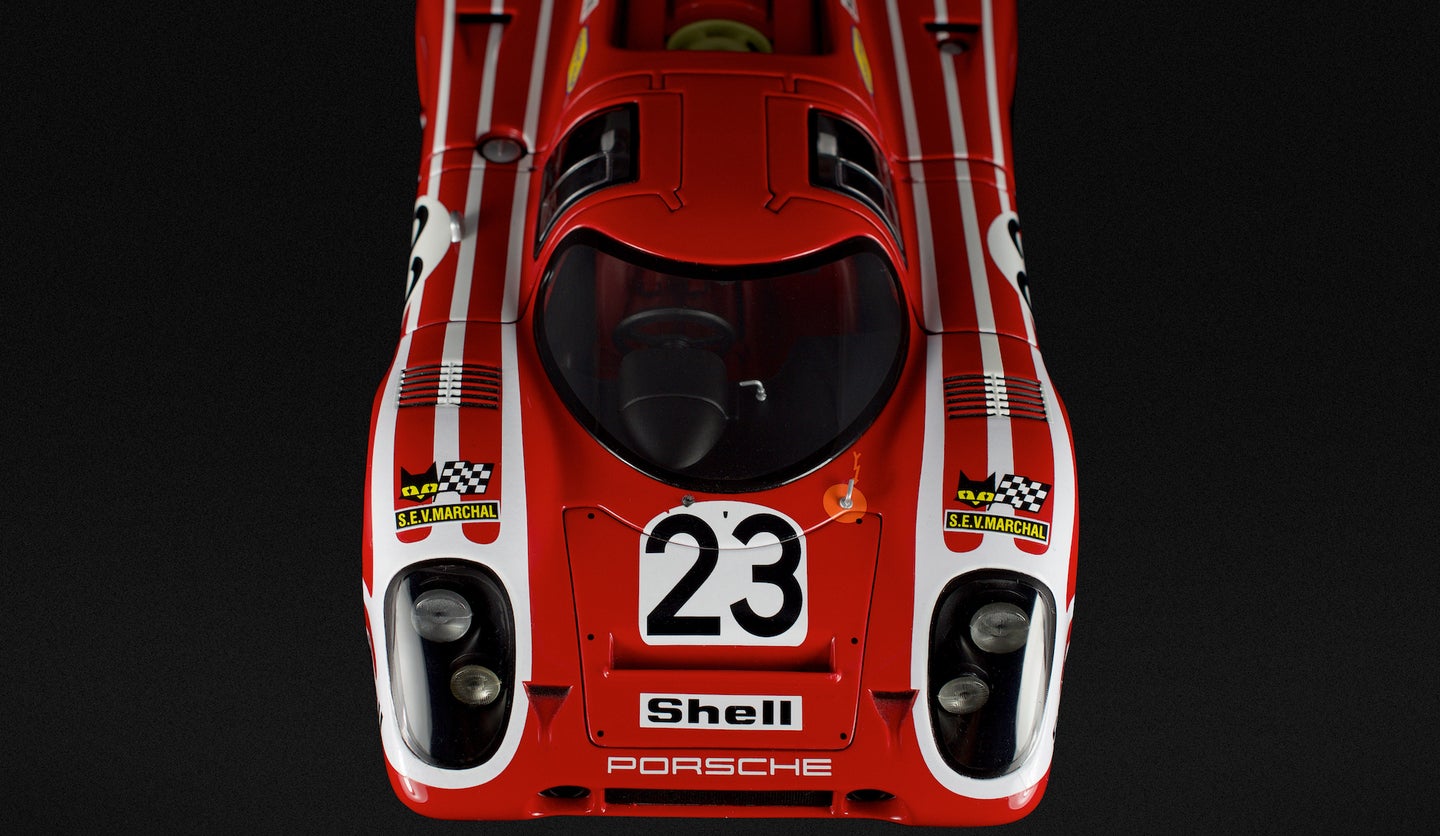 Auto shows, motorsports, new car debuts—it's no surprise that we won't be seeing any of those things for a while. But what is a surprise is how enthusiasts everywhere have found ways to substitute big car gatherings with virtual ones. With the Pebble Beach Concours d'Elegance and other similar events getting the ax, a small group of diehard aficionados quickly got to work. The result is the Isolation Island Concours d'Elegance on Facebook, and it may give you the car show fix you need right now.

It's quite literally the stay-at-home, do-it-yourself version of the grandiose Concourse d'Elegance shows and competitions where car collectors show off their latest and greatest vehicular acquisitions. But in this case, it's diecast model cars that are being shown off instead of full-blown cars. And as the name implies, it's happening right now on Facebook, while many states are still in some sort of shelter-in-place order.

The contest features multiple classes, strict participation criteria, real-life judges, and dedicated participants. It even awards actual trophies to class winners. And speaking of winners, most of the cars rolling across the virtual lawn aren't your Hobby Lobby, $5-on-sale, I-found-this-under-my-bed-while-cleaning diecast cars.

No, these are legit and oftentimes expensive little works of art that were either purchased or built by their proprietors.

I found out about this group while showing photos of recent Lego builds on my own Facebook feed when a friend suggested I entered them in the Isolation Island Concours. Sadly, Legos aren't allowed under their rules, but that's fine, because finding out that such thing existed was already a prize in itself. As a result, I reached out to the folks doing the Lord's work from the safety of their homes and that's when I discovered the real surprise.

Isolation Island Concours d'Elegance was born from a conversation between car collector and Concours judge Andy Reid and Vu Nguyen, the executive director of the Porsche Club of America. Reid told me that Nguyen had shot a little video with his own model cars during quarantine and had called it "Cars and Cofee on the Carpet," and things basically took off from there. The event itself was named by Bill Warner, the Amelia Island Concours d'Elegance founder and Chairman.

"I thought it [Cars and Cofee on the Carpet] could be raised to another level, especially since I had all the [Councours] judges already in my phone," said Reid. "I kept on saying that we were in isolation-in-place and not sheltered-in-place while talking to Bill Warner, and he said, why not call it Isolation Island?"

The event features 13 different classes ranging from American and European classics to Ferrari-only entries, race cars, transporters, and even misfit toys. Basically, everything but Legos. And while the little cars are the stars of the show, it's the roster of competitors and judges partaking in this event that make it even more mind-blowingly cool.

Serious car collectors that typically show real cars at Pebble and Amelia like Jon Shirley, Bruce R. McCaw, Kevin Cohen, and Len Rusiewicz are contesting with their model cars, but also "normal" folks like my friend Harvey Briggs who recently won the Pony Car class with his sweet Trans Am Ford Mustang.

It's also the judges, however, who are donating their time to critique these virtual gatherings who also deserve some credit—and don't think for a second that these are Average Joes who don't have anything better to do with their time. The judge roster includes names like Fiat Chrysler's design chief Ralph Gilles, legendary racer and TV commentator David Hobbs, former pro racer and TV personality Tommy Kendall, and other prominent names from the auto and racing industry.

As is expected from hardcore car nerds, participants are taking this competition quite seriously, according to Reid, who claims to have spent upwards of 250 hours on this project since its inception. Luckily, the project has also raised "over $40,000 for local charities."

"We ask that each entrant, if they can afford it, to give to a local charity in their area that needs assistance during this time," said Reid.

This is the beauty of the car and racing community. No matter what, it always steps up to the challenge and finds a way to quench its thirst for cars and burnt rubber—even if in this case it's little cars and virtual rubber. So, whether you have a $50,000 Ferrari 250 GTO diecast to match your $50,000,000 legit 250 GTO or a Porsche 917K like the one shown above and entered by my good friend Sean, head over to the Isolation Island Concours d'Elegance to inquire about class rules and show off your ride.

You don't even need salmon pants and a giant hat to do it.