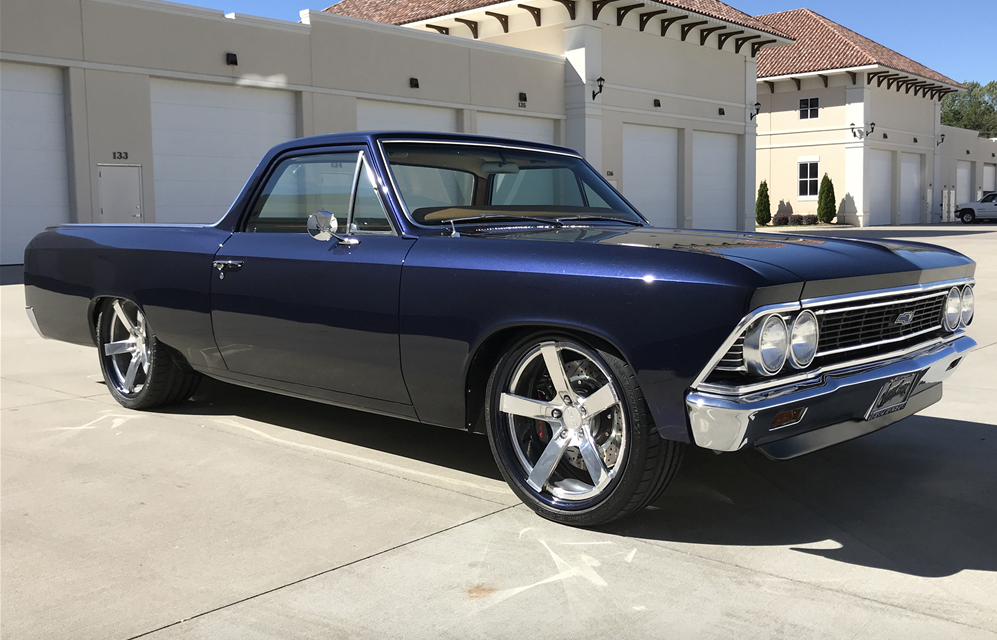 The upcoming Scottsdale Auction promises to bring together an exciting lineup of highly coveted custom cars and trucks.

NASCAR fans will most certainly have their eye on a lot for a 1966 Chevrolet El Camino that was built by West Coast Customs for racing legend Rusty Wallace.

The pickup sits on a custom Roadster Shop chassis and features several upgrades by another renowned builder, Detroit Speed. It has a 505hp, 383ci V8 engine and a 700R4 automatic transmission mated to a custom carbon-fiber driveshaft.

According to the listing, the exterior features a custom blue metallic paint with a set of custom front fender wells. For the interior, it has a custom tan leather look with all sorts of modern digital controls and "an incredible sound system."

Wallace's El Camino was featured on an episode of the television series West Coast Customs titled "El Rusty" back in 2014.

The 47th Annual Scottsdale Auction by Barrett-Jackson will be held between January 13-21, 2018, at WestWorld of Scottsdale in Arizona.