The World’s Fastest Log Car Is Going to Auction

Would you buy a drivable log car called the Cedar Rocket? 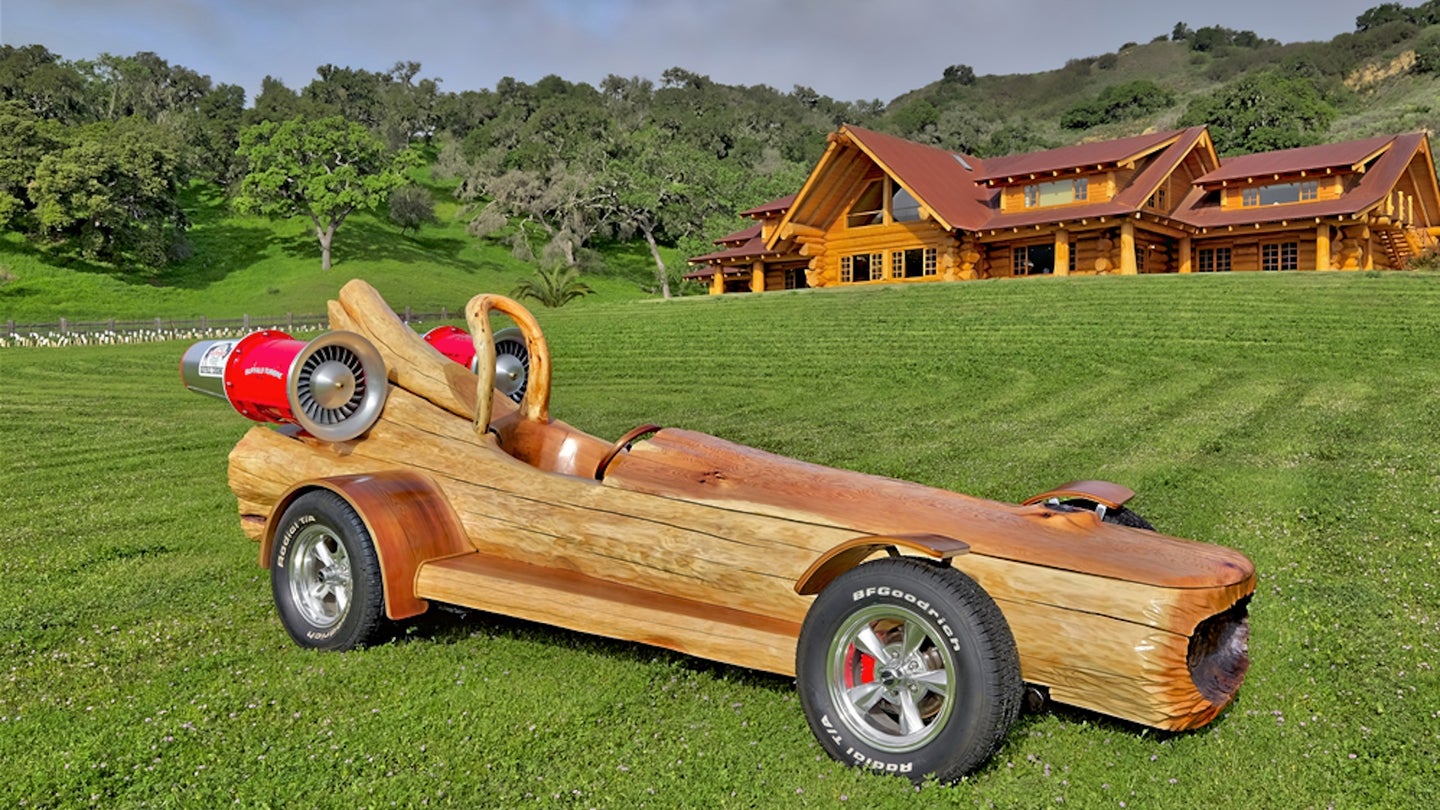 You may have heard about the Cedar Rocket before, the world's fastest motorized log, but now you can have the chance to own this famous 75-horsepower wheeled tree.

It is set to be sold off this week as part of a charity auction during the 47th Annual Scottsdale Auction by Barrett-Jackson with the proceeds to benefit three different veterans' organizations.

The fully-electric log roadster is a 240-year-old cedar resting on the chassis of a Mazda RX-8 with custom suspension and two large turbines mounted on either side of the rear fin. It weighs a whopping 2,200 pounds and was manufactured entirely with renewable and recyclable materials.

In 2016, the "Pioneer Cedar Rocket" set a Guinness World Record for being the fastest motorized log car, reaching a top speed of 47.64 mph on the set of HGTV's Timber Kings at the Wild Horse Pass Motorsports Park in Chandler, Arizona.

The car was designed by Bryan Reid Sr., founder of Pioneer Log Homes (and one of the stars of Timber Kings), with his longtime friend Louis Horschel.

Reid told the Williams Lake Tribune in a recent interview that he wouldn't be sad to give up the Cedar Rocket.

"It’s an honour to give it up," Reid said. "It’s exciting to see it go for such a good cause. That is what is was originally designed for, that’s why I went to some of the most high profile shows in North America with it. Pioneer doesn’t need the advertising, we’ve got all the work we can handle."

The Dobbertin HydroCar can be yours for the right price.