The History Channel will have a live broadcast of the stunts on July 8. 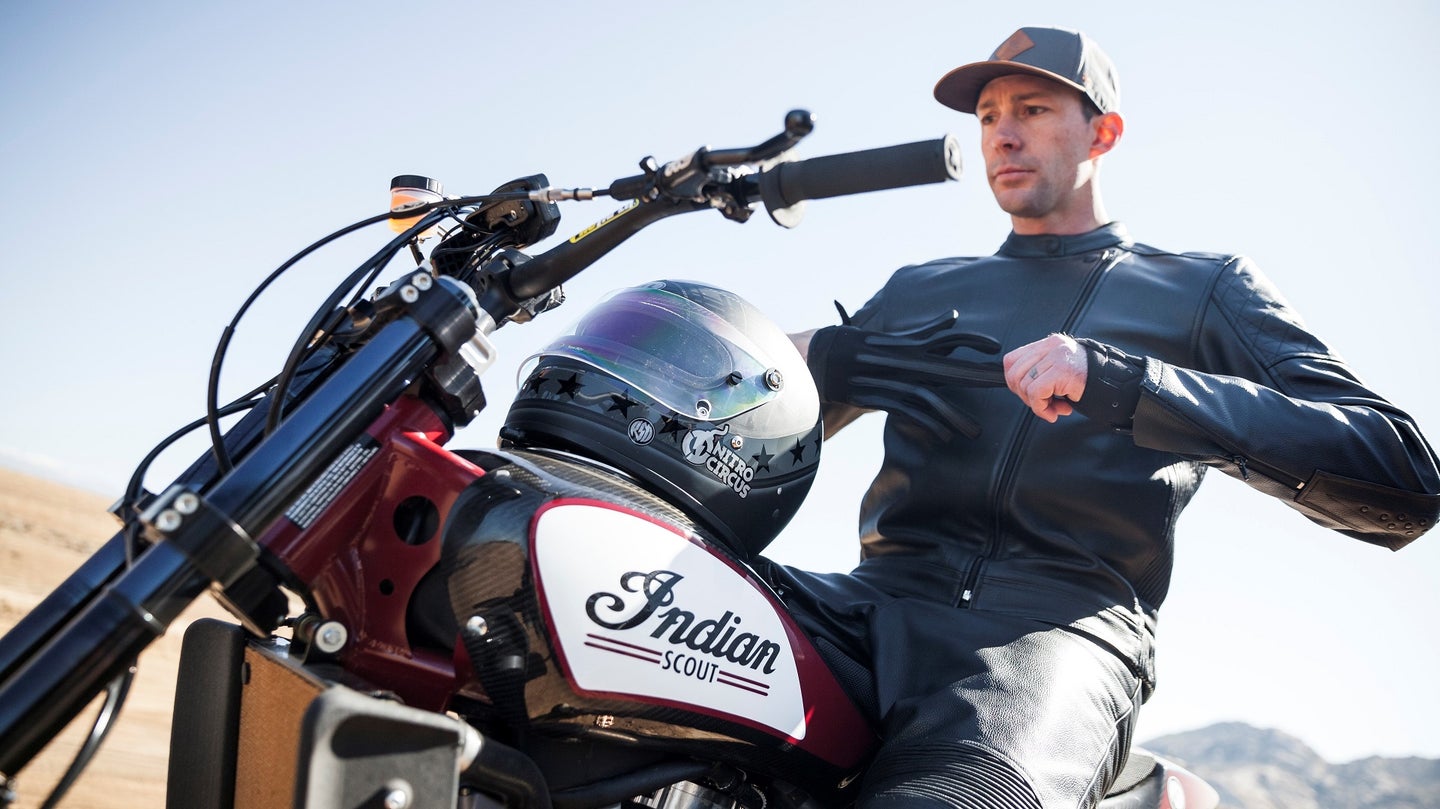 One daredevil is honoring another this summer by recreating some of his most death-defying stunts. Motocross legend Travis Pastrana’s company Nitro Circus is teaming up with Indian Motorcycle and the History Channel to reenact three of Evel Knievel's most famous jumps.

“To pay homage to Evel Knievel and all he stood for, motocross icon and stunt performer Travis Pastrana and Nitro Circus have announced Travis will reenact three of Evel’s most iconic jumps, including the iconic Caesar’s Palace Jump, 50+ crushed cars & 14 Greyhound busses … all in one night, on live television on July 8 in Las Vegas,” said an Indian Motorcycle representative in an email to The Drive.

We’re hoping Pastrana has better luck than Knievel on the Caesar’s Palace jump. Knievel infamously broke more than 40 bones performing that stunt back in 1967.

“To accurately represent what Evel accomplished in the late ‘60s and ‘70s, Travis will perform the jump on the Indian Scout FTR750, an American Flat Track race bike that’s far different from the lightweight motocross bike Travis is used to riding and jumping,” Indian Motorcycle told The Drive.

“It was extremely important to use a motorcycle similar to the ones Evel jumped. The Indian Scout FTR750 is just that, a modern-day evolution of the flat track motorcycles of the past,” said Pastrana in a press release. “It has the power I need and handles well, but I’m only going to have a few days to get comfortable on it, not to mention I’ve never jumped a V-twin before. I’ve got my work cut out, but we’re used to going big at Nitro Circus, so we’ll make it happen.”

To experience the excitement for yourself, tune into the History Channel on July 8 at 8 p.m. ET/5 p.m. PT to see it live.