Stick to the streets, man. 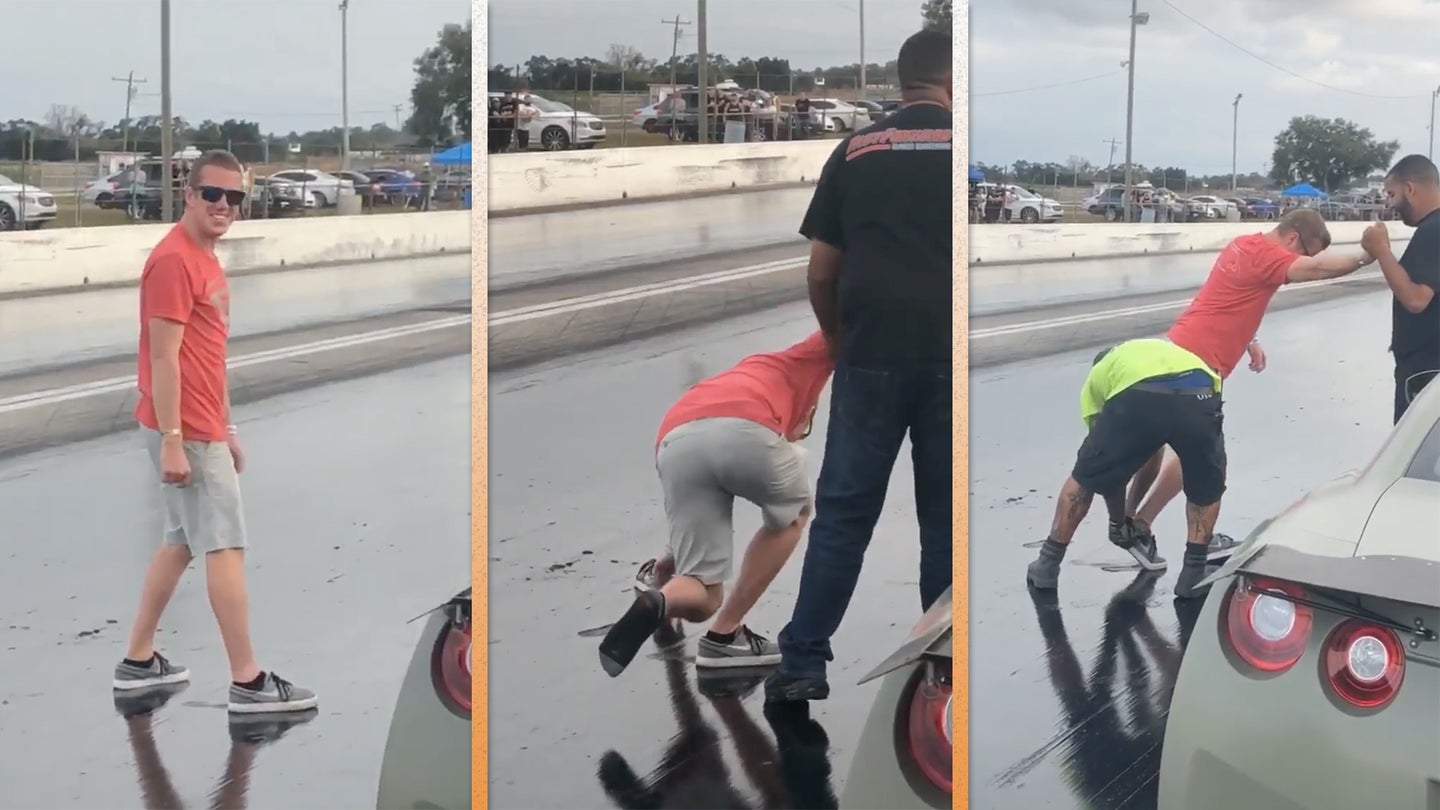 Florida's Bradenton Motorsports Park played host to the GT-R World Cup last weekend, an event featuring some of the fastest Nissan GT-Rs on the planet laying down 7-second, 200-mph quarter-mile times. But the action was briefly held up when one attendee got stuck to the drag strip's treated surface, resulting in the least tragic Florida Man story of 2019.

Competition drag strips use a resin-based compound called PJ1 TrackBite (formerly known as VHT) that gets sprayed onto the asphalt to create a sticky surface for impressive launches. Hey, when a car's horsepower count is deep into the four digits, it needs all the help it can get to hook up and go.

When we say sticky, we mean sticky—step on it with a pair of shallow-tread tennis shoes like this guy, and you're not going anywhere in a hurry. The video opens with the man firmly lodged in the middle of the racing lane, standing tall like a lone tree on a great, ruined plain. He slowly alternates between looking sheepish and bending down to pry his left shoe loose.

But after 20 seconds, disaster strikes as he simultaneously frees the shoe from both the ground and his foot and sends it spiraling just out of reach. Now he's balancing on one leg, trying desperately to reach his wayward sneaker as track workers arrive with grins on their faces to help.

After putting his shoe back on and taking another step, he realizes his predicament: Every move gets him stuck in a different, equally-awkward position in front of a crowd of unsympathetic race fans. The track workers resort to literally picking his feet up off the ground and helping him with each step.

By the end of the video, he still hasn't made it off the track. It's possible he's stuck there.