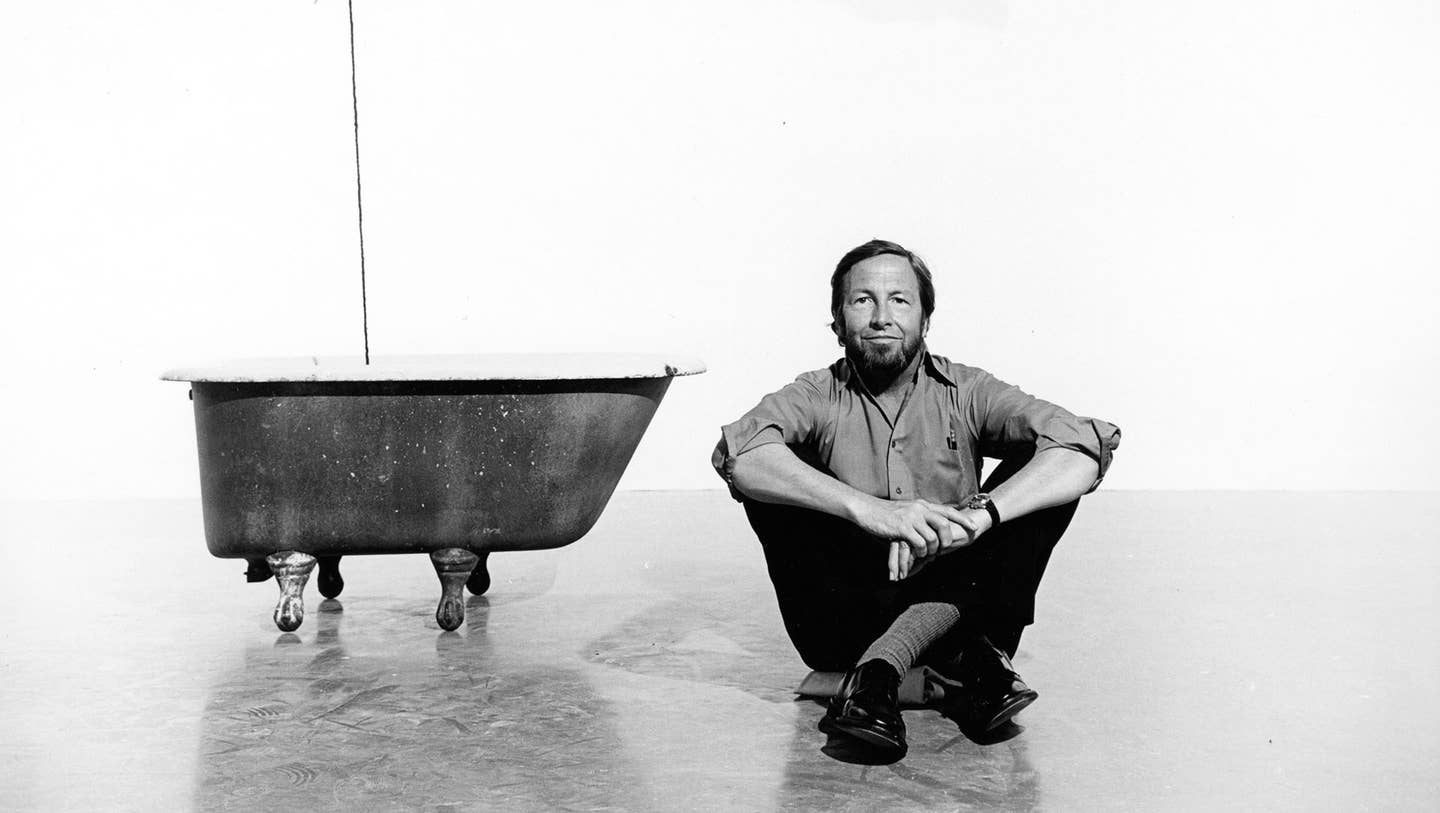 It’s one of the most unique and beloved endeavors in automotive history. The BMW Art Car project, conceived by French racing driver Hervé Poulain, merged fine art with German sheetmetal. Poulain asked legendary sculptor Alexander Calder to paint a BMW 3.0 CSL before it ran at 24 Hours of Le Mans in 1975. So that’s what he did. The resulting Group 2 racecar, one of Calder’s final works, inspired a movement. Seventeen BMWs have become rolling canvasses thus far; another two, by John Baldessari and Cao Fei, are due to debut soon. Each art car is an extension of the person who created it, a prism made of aluminum and glass and rubber. And each is incredible. Here, we pay tribute to some of those artists behind 40 years of BMW art cars, the creative minds that made us reconsider what an automobile could mean. You’ll understand it all better than before.

The originator. Known for conceiving the modern artistic moving sculpture, the mobile, Calder’s aforementioned 3.0 CSL shocked and fascinated the crowds at Le Mans in 1975.

Leader of the pop art vanguard, he brought satirical wartime comic strips into the museum realm. His Ben-Day-styled E21 320i Group 5 racecar finished ninth overall at Le Mans in 1977.

He called it Firefox on Harehunt. Makes sense: The 635CSi, black with livid flames, was inspired by a childhood dream. His career fascination with fear and desire shows from nose to tail.

The Texan helped pioneer the "Transfer Drawing" technique during the Sixties, combining classical illustrations with his own watercolors. His E24 6-Series includes Bronzino's Portrait of Young Man from the 16th century, mixed with Ingres's Odalisque, and Rauschenberg’s own trompe l'oeil imagery.

Born in Dresden, the man spent much of his career under the watchful eye of the East German government, which weren’t always fans of neo-expressionist art. His red and black Z1 convertible looks like something primal, prehistoric, a secret message ready to be decoded.

Legend holds that he spent all of 23 minutes painting his BMW M1 Art Car. The result was fabulous, bizarre and, of course, a monument to self-hatred: “I love the car,” Warhol said. “It's better than the work of art itself."

The painter knew a racing prototype of the BMW 3-Series would draw stares. Chia took that notion and ran with it. The work draws from the notion of a car as a mirror to its observer; the staring faces painted on the door—part Carrà, part Mantegna —recall his youth in Florence.

A leader of the Sixties Britpop movement, Hockney took a novel approach: Turn the car inside out. Thus, the 850CSi’s hood showed abstract V12 intake manifolds, a driver silhouette on the door. Oh, and a dog in the backseat.