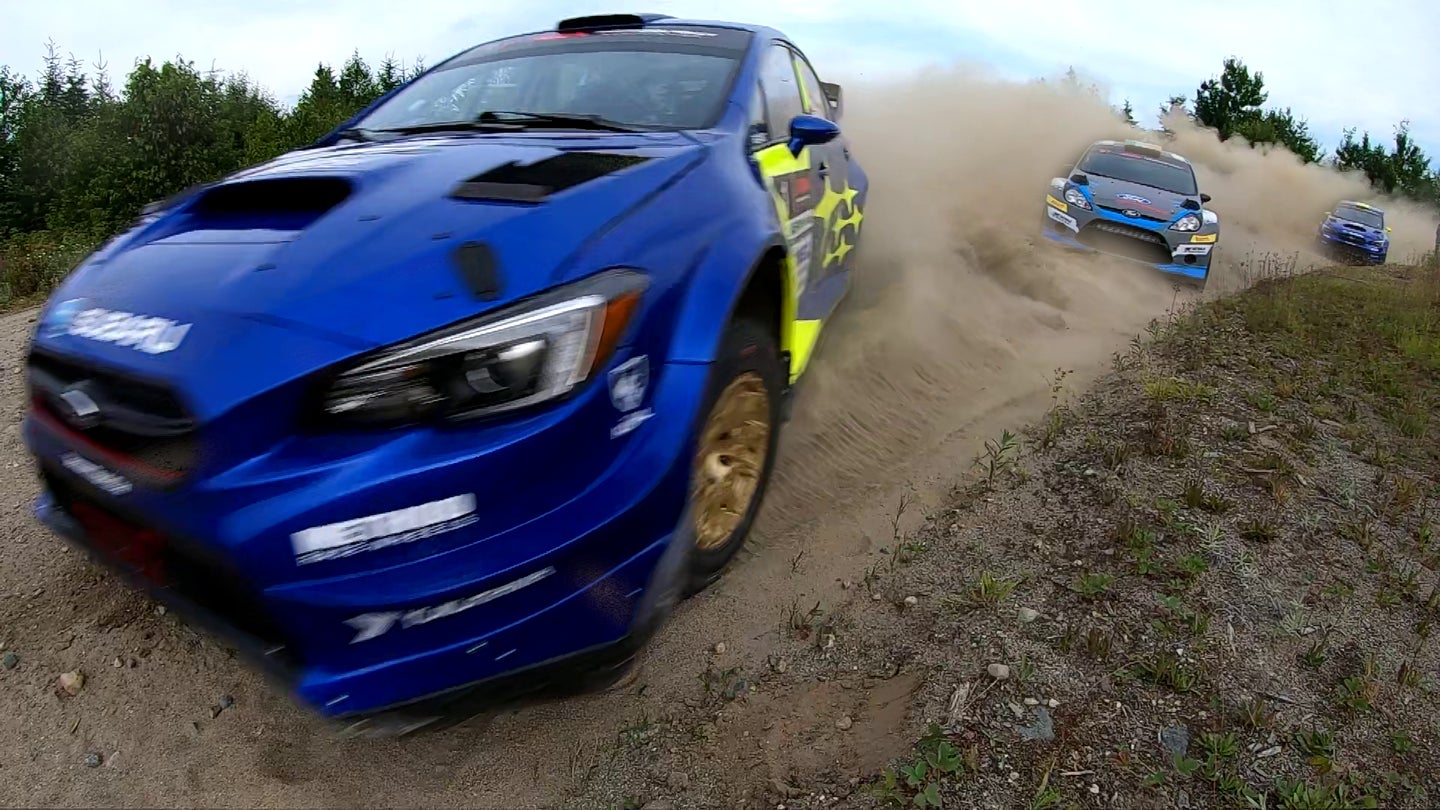 If there's one problem with rally as a spectator sport, it's that you can go minutes on end without seeing a car. Sure, that means more opportunities to fraternize with your fellow race fans, but not everyone has the patience (or enough iced tea) to endure the gaps between flybys. It's probably fair to say that despite the danger associated, almost every rally fan would like to see a stage start with every car being launched at exactly the same time, and we can get a glimpse of what that'd look like from this killer video mashup.

Filmmaker Balazs Toth (@rallyminutes on Instagram) set up a camera on the inside of a corner at last year's New England Forest Rally—the same event where Ken Block's Ford Escort Cosworth burned to a crisp in 2018—to record several cars' flybys. He then used DaVinci Resolve to stitch the brief, seconds-long shots together to create the fantastic looping film embedded below, which took more effort to produce than most people would imagine.

"The process of making these videos [is] fairly simple but tedious," Toth told The Drive. "It's masking and adjusting frame by frame, removing RBG channels where it's not needed. It takes about an hour for me to add each car. The video you [see] took about eight hours to make."

Toth says he hopes switching from Sony Vegas Pro 16 to his new software "will streamline the process significantly," though complex productions like this will probably always require huge investments of time to execute. As smart as editing software gets, there always needs to be a human in the pipeline to make sure the finished product looks good—a statement as eerily true of film production as it is of driving.