Formula Drift driver Chris Forsberg along with team mechanic and friend Dylan Hughes cut up and fabricate a Mishimoto radiator. 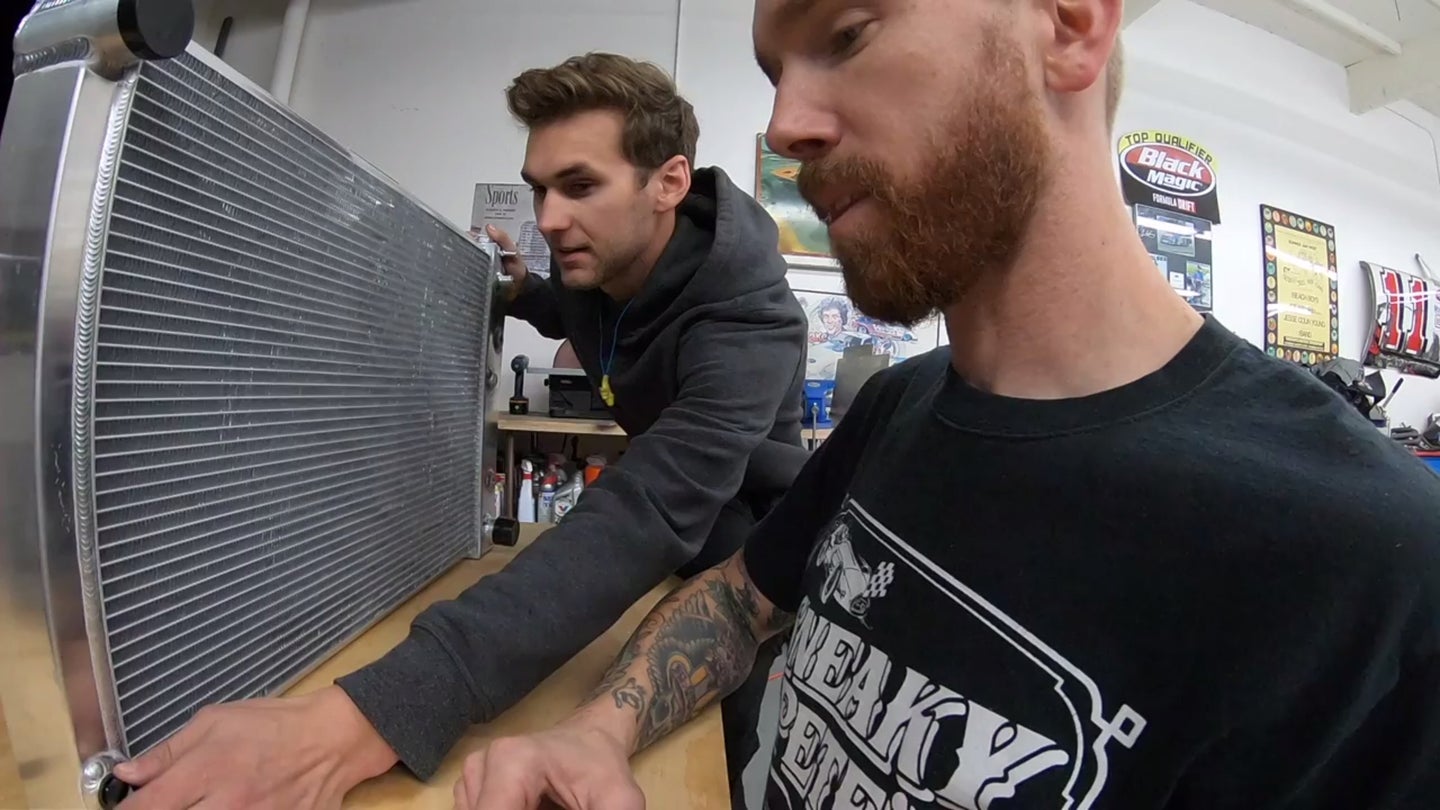 Earlier this month we recommended you check out a new Vlog series by Formula Drift driver Chris Forsberg and his team mechanic and friend Dylan Hughes called Good Enough! A few episodes into the series and the duo have been doing fabrication work on Forsberg's personal Datsun 510 build, doing off season prep on his 2018 Formula Drift race car, visiting RAD Industries, among other fun stuff. For their most recent episode, Episode 8, Forsberg and Hughes show you how to make a triple pass radiator out of a standard single pass radiator.

The radiator that Forsberg and Hughes modify is made by Mishimoto. Forsberg comments that it is more rectangular compared to a more squared-off radiator. This will allow Forsberg to run radiator cooling fans side by side instead of a diagonal fan set up. Through the video, you are shown step by step how to edit and fabricate the radiator with simple garage tools.

Will you ever need a triple pass radiator? Probably not, but the video is a good inside look at some of the things it takes for a race team to get its race car ready for the next race season.

Check out Chris Forsberg and Dylan Hughes newest episode of Good Enough! on how to make a triple pass radiator below.