Janis Baumanis channels his inner John Connor and runs from the machines. 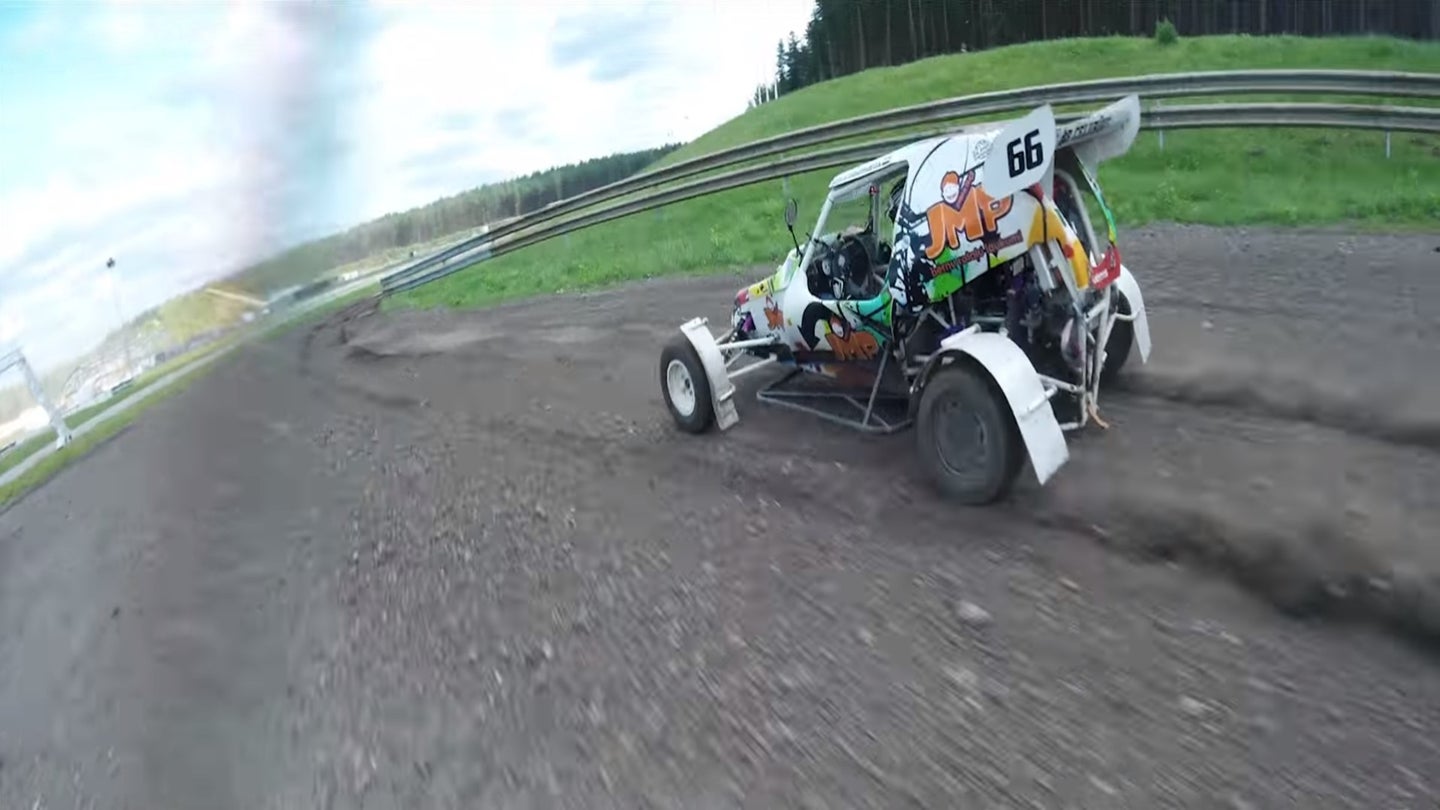 Janis Baumanis is a race car driver who participates in the FIA World Rallycross Championship. Recently he worked with the YouTube channel Robyworks and together they released a video where Baumanis races a bunch of drones on track while piloting a buggy.

Baumanis has been racing professionally since the age of 16. He is a former autocross champion in his native Latvia as well as an FIA European Rallycross Champion. The drones Baumanis was running from were a group of drones powered by the Drone Racing Latvia team. According to the competition UAV outfit, their drone drivers have competed all over Europe. Their drivers participated in drone events in Estonia, Lithuania, Poland, England, Spain, and Finland.

You may recognize the crew who filmed the clip, Robyworks, if you follow the Formula Drift team HGK Racing. We have featured a few of their videos when they gave an overview of HGK Racing's last-minute booth-car to racecar fiasco at 2017 Irwindale and when they released a HGK Drift Challenge after movie.

In the video, Baumanis bombs around in the buggy on tarmac and through the dirt. The video makes the perfect case why we need drone follow cameras in every form of motorsport. The angles achieved by the drones cannot be topped.

Check out Robywork's buggy versus drone race below to watch Baumanis channel his inner John Connor and run from the "machines".