The footage was released to police and the suspects had to clean up their mess. 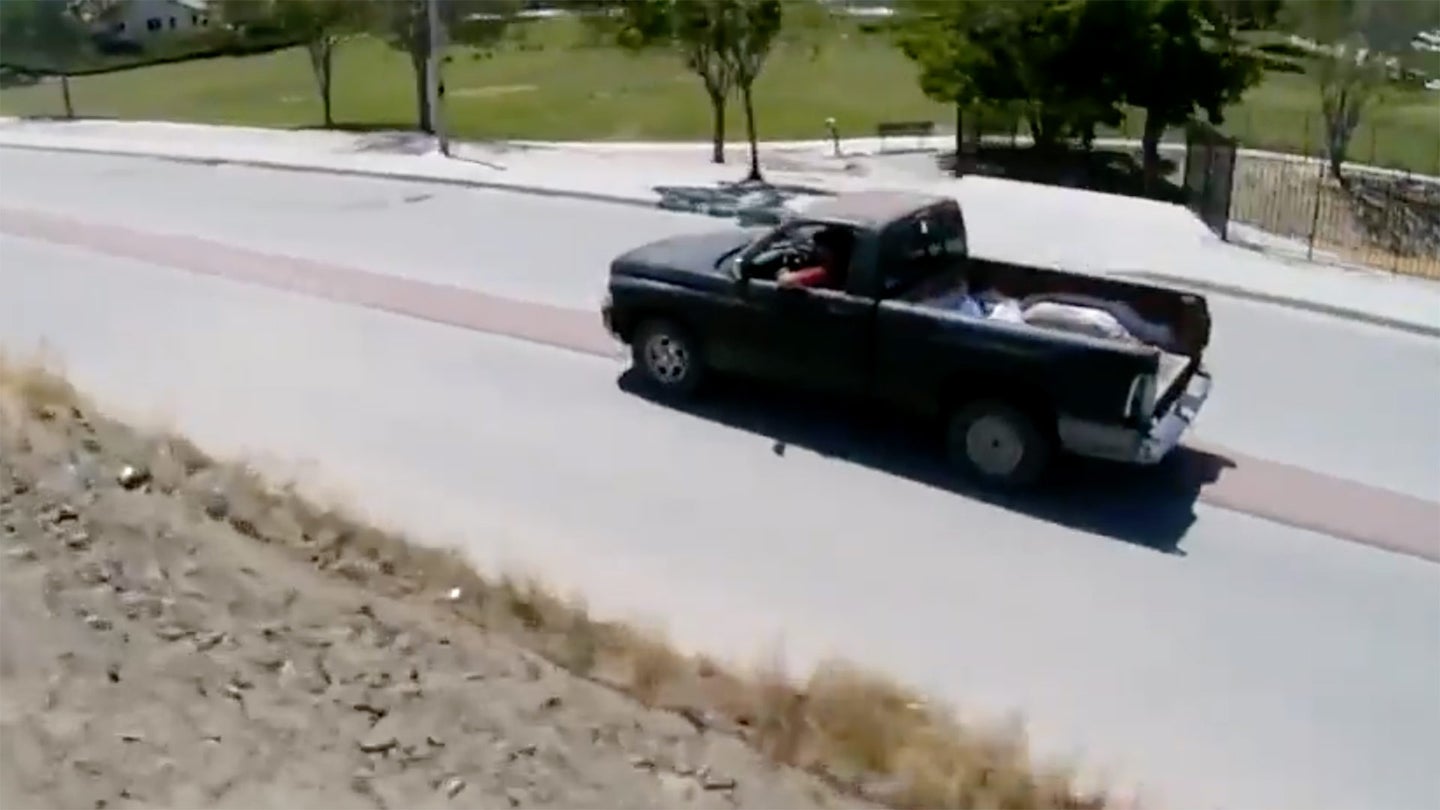 One honorable drone operator took it upon himself to do some high-speed surveillance of illegal dumpers in his home town of Hemet, California. The illegal dumping incident took place in the San Jacinto neighborhood of Hemet and the two suspects were driving a 1990s Ram 1500. From what The Drive can tell from the video, the illegal dumpers were getting rid of their garbage at the far end of future housing development lot.

The drone operator was reportedly using a racing drone, which is why he was able to quickly maneuver around the vehicle and not fall behind. After the drone got the suspect's license plate, the operator backed off and let them drive off. After contacting the police and providing them with the tapes, police made the illegal dumpers pick up their junk (including a mattress...as usual).

The final cut of the video definitely has a humorous side as the intro has a graphic titled "Props," obviously imitating the popular reality TV show cops. Jokes and funny graphics aside, the drone operator's utilization of a racing drone to catch an illegal act opens up a realm of possibilities for police departments, private security and even nosey neighbors.

Which of These Is the Best Micro Brushless Drone?

After pitting the best micro brushless quadcopters against each other, which reigns supreme?