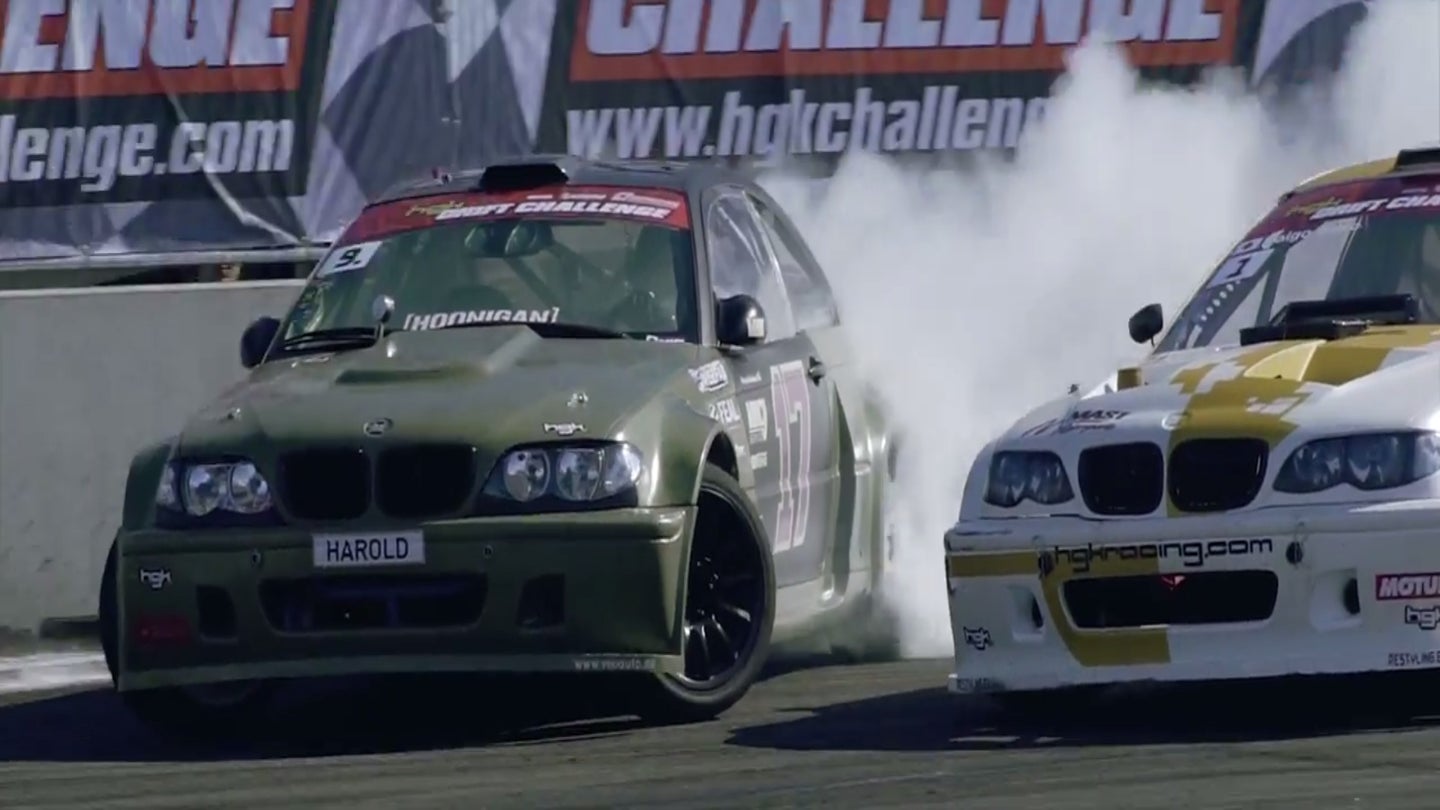 We covered HGK Racing and driver Kristaps Blušs in the middle of October when the finale event of Formula Drift was being held for the last time at Irwindale. Blušs had run into some bad luck with the engine in his BMW E46 drift car, but he was lucky that he had brought next year's car with him, which was suppose to be on demo duty only: His E92 Eurofighter. As we said then, HGK Racing's home is Riga, Latvia and once a year HGK Racing plays host to their very own drift competition: The HGK Drift Challenge.

Drift drivers from around the world flock to Latvia once a year to compete in the challenge. This year some big names were multi-year Formula Drift Champions Chris Forsberg and Daigo Saito. We have covered some Forsberg content before and if you do not know Saito, he is a previous Formula Drift driver who decided to focus on Japanese drift competition. He also has a Lamborghini Murciélago drift machine.

This year VAK Racing's Harold Valdma while driving a BMW E46 drift car came in first place at the HGK Drift Challenge. ROBYWORKS, who previously put out that great video on HGK Racing's E92 Eurofighter, put out a video which followed Valdma at the event and all around shows the drifting fun of the event.