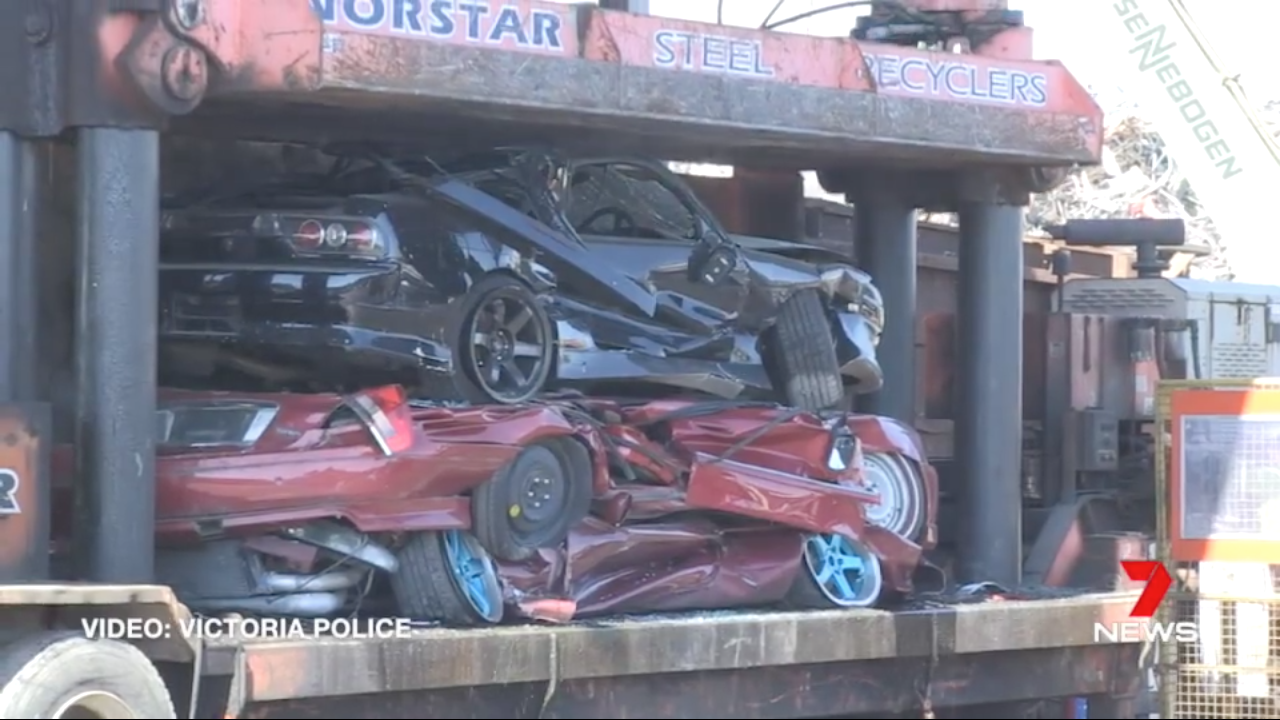 When police in the States seize your vehicle, there's a chance the car will be sold off again in a surplus auction. If Australian police catch you driving like a mad expletive, however, their solution is to make an example of you: Crush your car, and film it for the internet to see.

Australian news station 7 News Brisbane uploaded a video of the crushing, involving cars confiscated from individuals convicted of street racing-related offenses from late 2015 into early 2016. The owners of the cars crushed in the video below were issued a total of $3,250 AUD in fines (more than $2,600), 27 months of drivers' license suspension, and a year of community service.

Hailing from a country where all of these cars are seen as forbidden fruit, which the DOT will smite us for trying to taste, I have a hard time not wincing in response to seeing the steel slab dropped on the roof of these cars. The demise of the Nissan Skyline R33 was hard enough to endure, but the Nissan Silvia S13 that follows was even harder to stomach, as the car appears to have worn a set of costly Volk TE37 alloy wheels in life.

According to pamphlets I receive in the mail, those wheels could have fed a few hundred African children this month if they were sold off, rather than crushed, as the company that makes them demands ¥83,000 ($760 USD) per corner for the TE37.

Never mind the fact that I want a set of those wheels for myself—think of the children! Or, you know, your own roads, which may need some money invested to reduce the how much they melt under the sun.

Watch This Australian Open Commercial With Kia and Rafael Nadal

Kia has been a longstanding supporter of the tennis competition.