Like make it to the finish line…or the starting line. Something, anything! Come on! 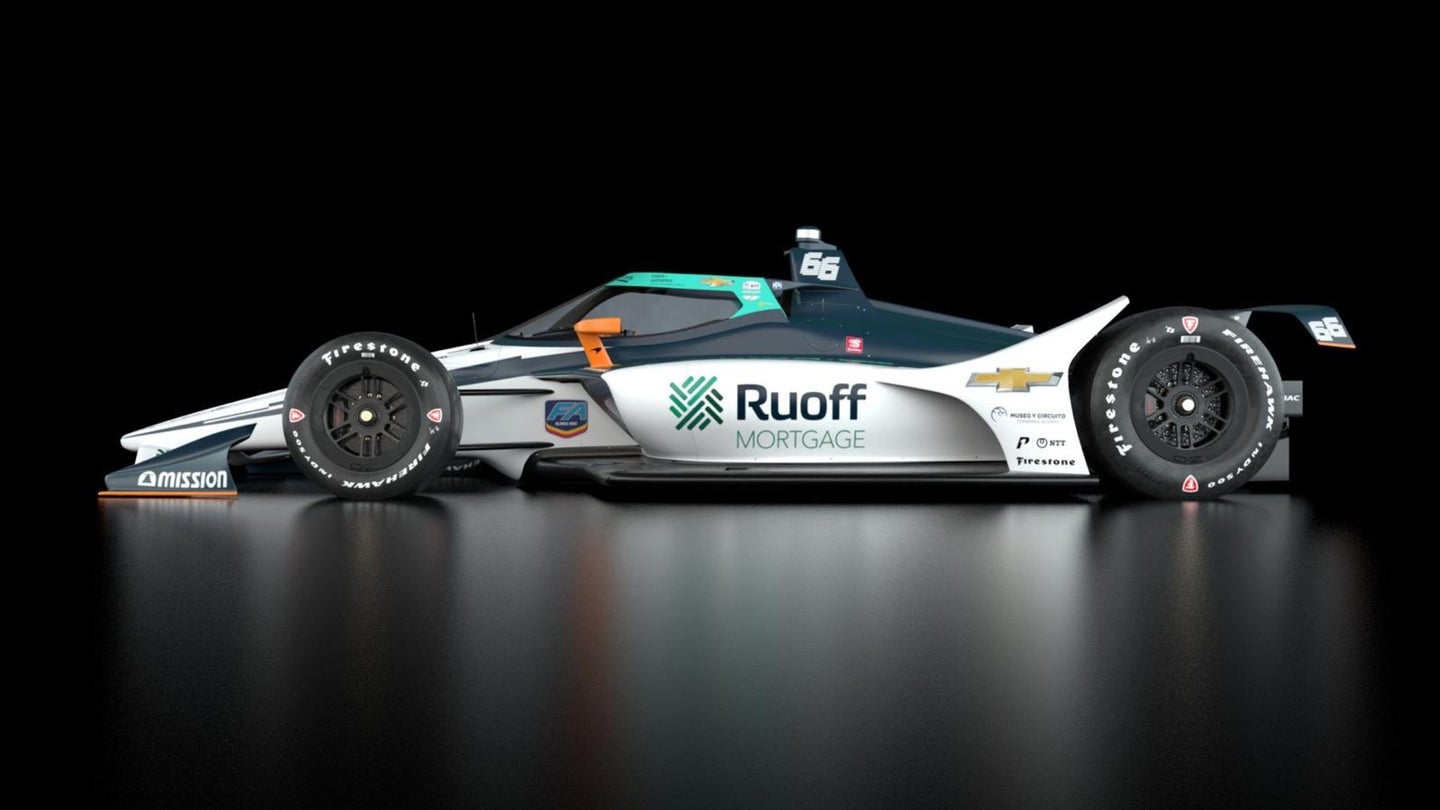 Fernando Alonso and the enigmatic McLaren IndyCar squad—now paired with Schmidt Peterson Motorsport—are giving the Indianapolis 500 another shot this year. Their last attempt, as we all know, did not go well, though top brass at McLaren has acknowledged these issues and seemingly corrected what they can for 2020. Alas, Alonso will try again to obtain the final jewel in motorsport's Triple Crown, which he came impressively close to once before in 2017.

This is the Chevy-powered Indy car he'll be driving along the way.

Rather than wearing a black and papaya orange livery like Arrow McLaren SP's core drivers Pato O'Ward and Oliver Askew, Alonso's will be predominantly white with a blue-green secondary. Ruoff Mortgages is the No. 66's main sponsor and Alonso's own lifestyle brand Kimoa is proudly displayed atop the sidepods. It's a far departure from the Spaniard's previous Indy liveries, but who knows—maybe it's what he needs to break through and land himself on the BorgWarner Trophy. It'll also help if they use the right gear ratios.

Arrow McLaren SP co-owner Sam Schmidt says he's confident in the team's ability to rebound from 2019. James Hinchcliffe, who drove for Schmidt Peterson in last year's Indy 500, qualified by the hair on his chinny-chin-chin, nabbing the 32nd grid position after a nightmare crash. With backing from McLaren, a constructor who's well-versed in winning despite its harsh missteps, the three-car effort could result in something great.

“In 2017, Fernando proved that he can not only compete in the race, but that he can fight for the win,” he said. “The livery is great. It represents the colors of Ruoff Mortgage while maintaining the livery design of all the Arrow McLaren SP entries. It’s unlike any entry that we have seen, which will make it easy to spot for fans.”

Here's hoping that with proper guidance from its veteran partners, McLaren can string together a strong showing for 2020. IndyCar and racing as a whole deserve it.

“If only this were real life.” -Fernando Alonso, probably.