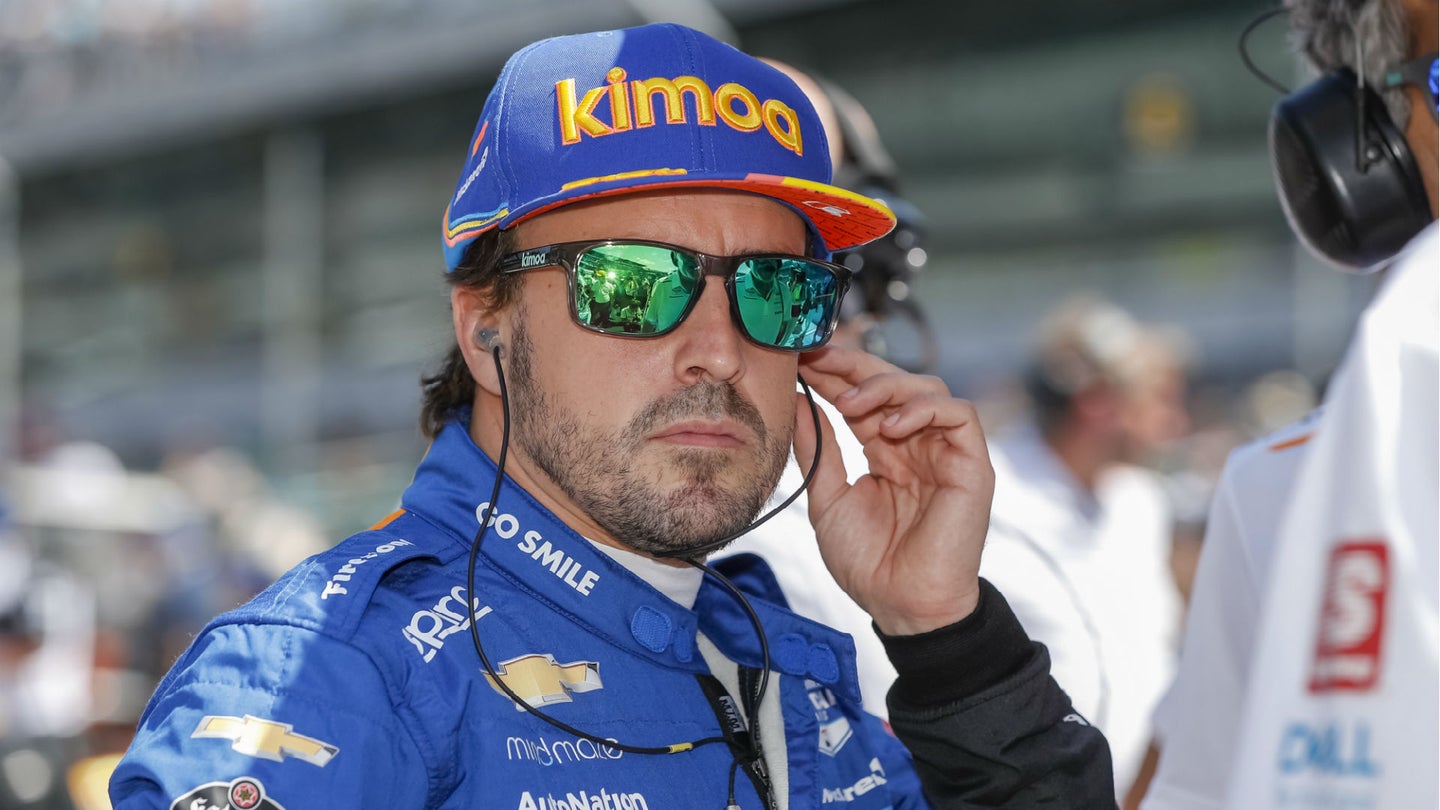 Two-time Formula 1 champion Fernando Alonso confirmed Tuesday afternoon that he'll be returning to the Indianapolis 500 this May, though not with the team most people originally expected. After a potential deal to race with Andretti Autosport was reportedly vetoed by Honda for Alonso's past criticism of the manufacturer, he was left looking elsewhere. Now, he'll be running with his old stablemates at McLaren as part of their newly formed IndyCar outfit, driving the No. 66 Chevrolet.

Alonso will serve as the senior statesman for Arrow McLaren SP's two rookies, Pato O'Ward and Oliver Askew. He stands as the only one amongst the three with Indy 500 experience, having run the race in 2017 with Andretti and even leading laps prior to a tragic engine failure.

McLaren and Alonso failed to qualify for the 2019 Indy 500 as they were excluded from the field on Bump Day.

“I am a racer and the Indy 500 is the greatest race in the world,” Alonso said. “I love the incredible fans who make it so special for all of us drivers and make me want to come back. I have maximum respect for this race and everyone who competes in it, and all I want to do is race against them and give my best, as always."

Indy remains the only portion left unattained by Alonso when it comes to motorsport's Triple Crown. The veteran driver has two wins apiece at the Monaco Grand Prix and 24 Hours of Le Mans, meaning he's currently two-thirds of the way to a feat completed only once before by Graham Hill.

After retiring from Formula 1 and racing his final season there with McLaren, Alonso remained part of the brand under an ambassadorial role. In July of last year, however, the two agreed to split, allowing him to look elsewhere for driving opportunities. This past relationship undoubtedly laid the groundwork for this Indy 500 agreement, which will be sponsored by Ruoff Mortgages.

“It was important for me to explore my options for this race, but Arrow McLaren SP has always been at the top. I have a special relationship with McLaren; we’ve been through a lot together and that creates a bond, a loyalty that is strong."

The 38-year-old will make his driving return at Indianapolis Motor Speedway during the April 30 open test.

The Captain isn’t wasting time when it comes to his most treasured asset.