Four Speed Films aims to prove that old-school hot rods are still rockin around the clock. 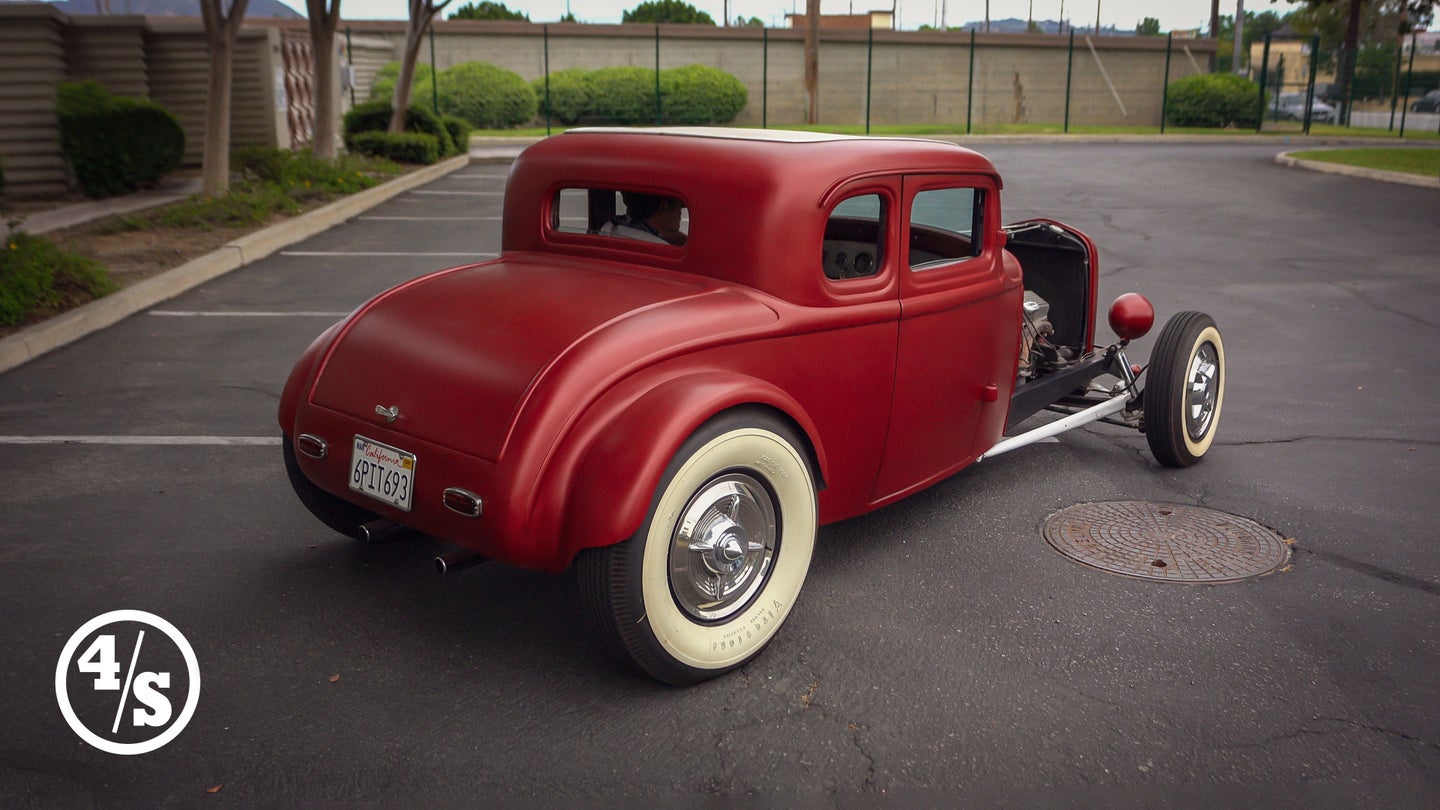 It's hard not to imagine the California sun when picturing a traditional hot rod. You think of John Milner's yellow '32 Deuce being the fastest car in the valley, or Martin Sheen driving a chopped '34 Ford dubbed the California Kid. It's easy to wonder what happened to all these hot rods, and custom-with-a-K cars that used to roam the sunshine state. Filmmaker Ben Kahan of Four Speed Films is answering this question by interviewing those who own and still drive these custom pieces of automotive history.

This video stars a 1932 Ford five-window coupe owned by Jon Fisher, aka Jon Fish, in Burbank, California. This '32 Ford hot rod was originally built by Valley Custom cars during the mid-1950s. According to HotRod.com, Valley Custom was the shop to be seen in during the 1950s. They built mostly custom cars and worked with basic tools fabricating a lot of their work by hand.

This Deuce has been chopped and channeled, meaning the body rests around the frame rather than sitting on top of it, with molded rear fenders, and powered by a small block Chevy. It is the real deal, and has survived the passage of time while never leaving Burbank.

Fisher, the owner, is an animation designer with shows like Batman: The Animated Series, the Phineas & Ferb Movie and Veggie Tales, to name a few, on his resume. He owns several vintage cars besides the '32 Deuce, including his first car, a 1960 Volkswagen Beetle. He has been the proud caretaker of the Deuce for 10 years.

Four-Speed Films captures Fish's Deuce in high-definition with a rockabilly guitar riff in the background to infuse you with nostalgia for this car's heyday. It's exciting to see an original old-school hot rod that never left its hometown, or was never wrecked or turned into something more modern, during the last 60 years.

Rock n' roll will never die, so long as these cars are still rocking a set of white walls.

The 1932 Ford McMullen Roadster became an icon when it appeared on the cover of Hot Rod Magazine in 1963.