And pretty dang quick, for what it’s worth. 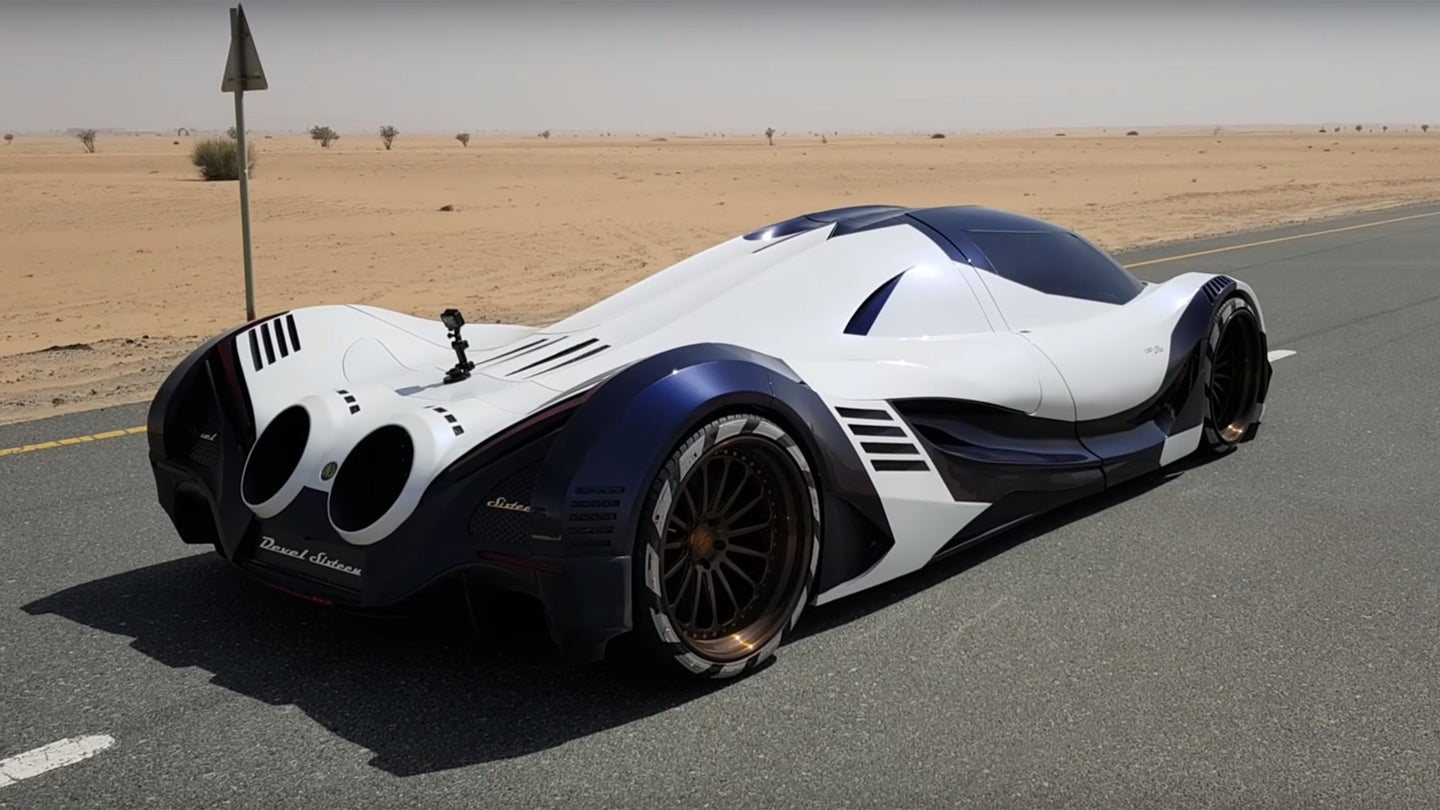 The automotive world is littered with fantastical plans for boutique, world-beating supercars that never get past the vaporware stage. But probably the biggest cloud of all right now has apparently condensed into liquid form: A new acceleration test shows the 5,000-horsepower, 310-mph, V-16-engined Devel Sixteen is very real, and very quick.

Those comic-book stats have raised a lot of skeptical eyebrows since the project was announced back in 2013, but things kicked into overdrive last year with video of a successful test run of the quad-turbo, 12.3-liter V-16 (built by drag racing shop Steve Morris Engines), plus a splashy reveal at the Dubai Motor Show. Of course, getting that massive engine to run in situ is a slightly more complex task, but this new video shows engineers have the prototype up and running.

The car doesn't quite launch off the line, but it starts gathering speed after a second as the burbly V-16 gains steam and the quad turbos kick in. The video description notes the driver was only using 20 percent of the throttle, so we'll have to wait and see what the full-on experience looks and sounds like, but it's certainly a start.

It's worth remembering that a pulling off a successful acceleration test is not the same thing as building a production-ready car, and Devel has said the completed version won't be ready for at least another year. Then there's the issue of tires, as no production tire on the market right now can handle the insane speeds being promised here. But if and when everything is finally sorted out, incredibly rich customers will be able to choose between a 2,000-horsepower V8 option, a detuned 3,000-HP V-16 option, and the ultimate 5,000-HP non-road-legal package.

Watch The Aspark Owl Electric Supercar Do Zero to 60 In 1.9 Seconds

It may have a funny name, but don’t forget that owls are still birds of prey.

Devel Sixty Is an SUV to Storm the Gates of Hell

After wowing us with the Devel Sixteen, the automaker gave us a follow up with its monstrous SUV