A crew member from Bubba’s team mistook a looped garage door pull for a noose. 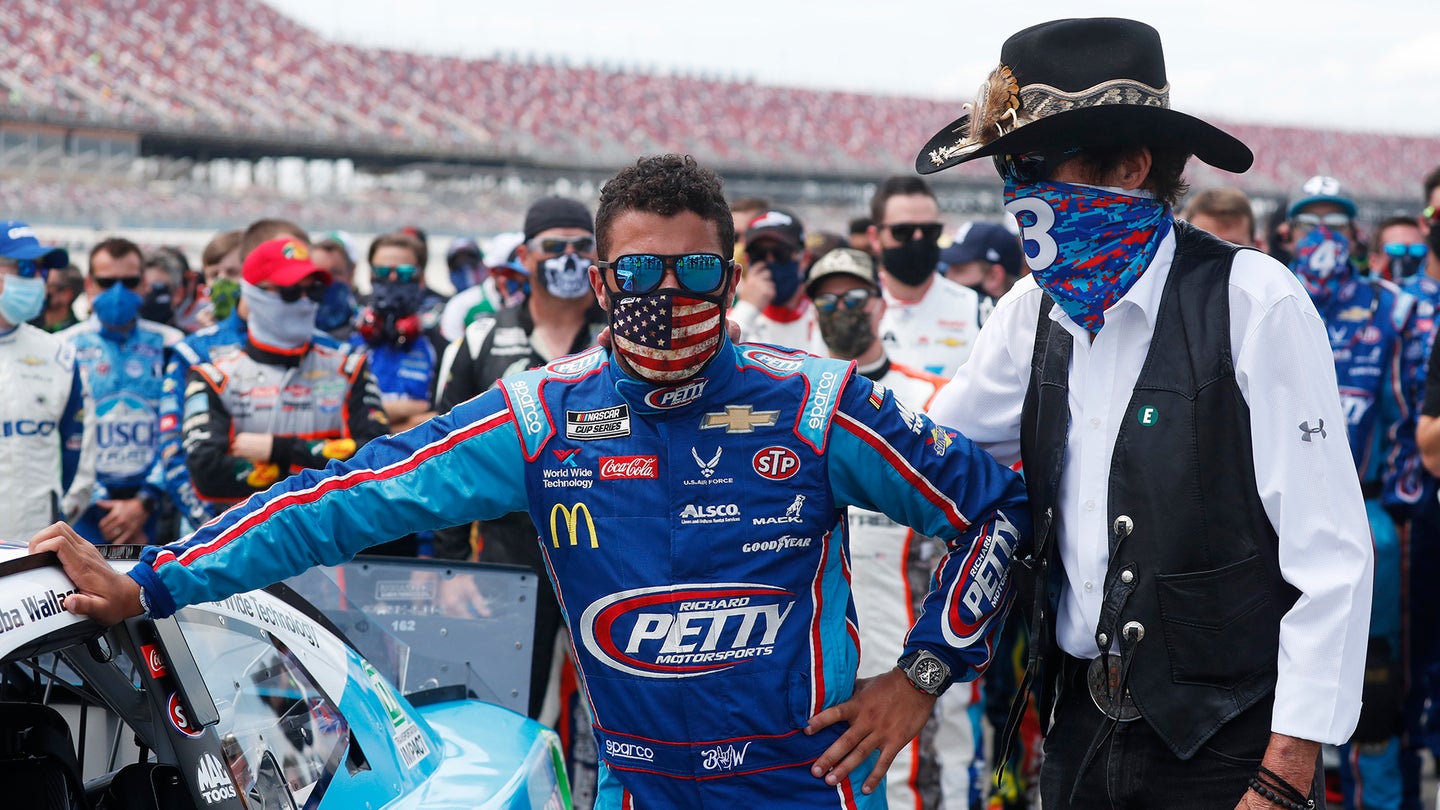 After another week of protests concerning police brutality across the nation, NASCAR fans and members of the public alike were shocked to learn a noose had reportedly been found by a crew member in the Talladega Superspeedway garage of Richard Petty Racing, the team that employs Bubba Wallace. NASCAR acted swiftly⁠—just as they did in banning the Confederate flag at all future races—and the FBI immediately got involved. Today, NASCAR announced that the federal investigation determined the noose in question was actually a garage door pull rope with a loop on the end that had been in place for months.

The FBI confirmed this fact based on photographic evidence gathered of garage #4, where Wallace's car was being kept. According to its review, the looped pull had been there as early as last fall.

This was further confirmed by a statement from the Wood Brothers Racing team, who announced that an employee had contacted team owners on Monday to say that he remembered seeing a looped pull rope at the garage in November of 2019. The team reportedly alerted NASCAR officials with the news.

The alleged discovery of a noose inside Wallace's garage shook up the public and NASCAR community. The rain-delayed race on Monday was punctuated by displays of unity with Wallace, with the entire grid of drivers, engineers, mechanics, and Richard Petty himself (aged 82) joining the Cup Series' only Black driver on the track to show their support.

We should all be thankful no actual racism occurred here, because within NASCAR that hasn't been the norm for the past few months. NASCAR driver Kyle Larson was banned from the Cup series after uttering a racial slur during a virtual race, and despite NASCAR stating the confederate flag was banned from events because it made spectators and driver Wallace (the only current African American driver in the Cup series) uncomfortable, many members of the public took it upon themselves to display the flag outside⁠—or over⁠—the race that occurred at Talladega on Sunday.

It's important to also remember that it was a team employee who first reported the non-noose on Sunday, not Bubba Wallace himself. He was clear from the beginning that he hadn't actually seen it personally; this hasn't stopped online critics of accusing Wallace of perpetrating a hoax.

Needless to say, the support Wallace received was appropriate even after this misunderstanding. Neither Bubba Wallace himself nor Richard Petty Racing has released a statement concerning NASCAR's findings at this time.