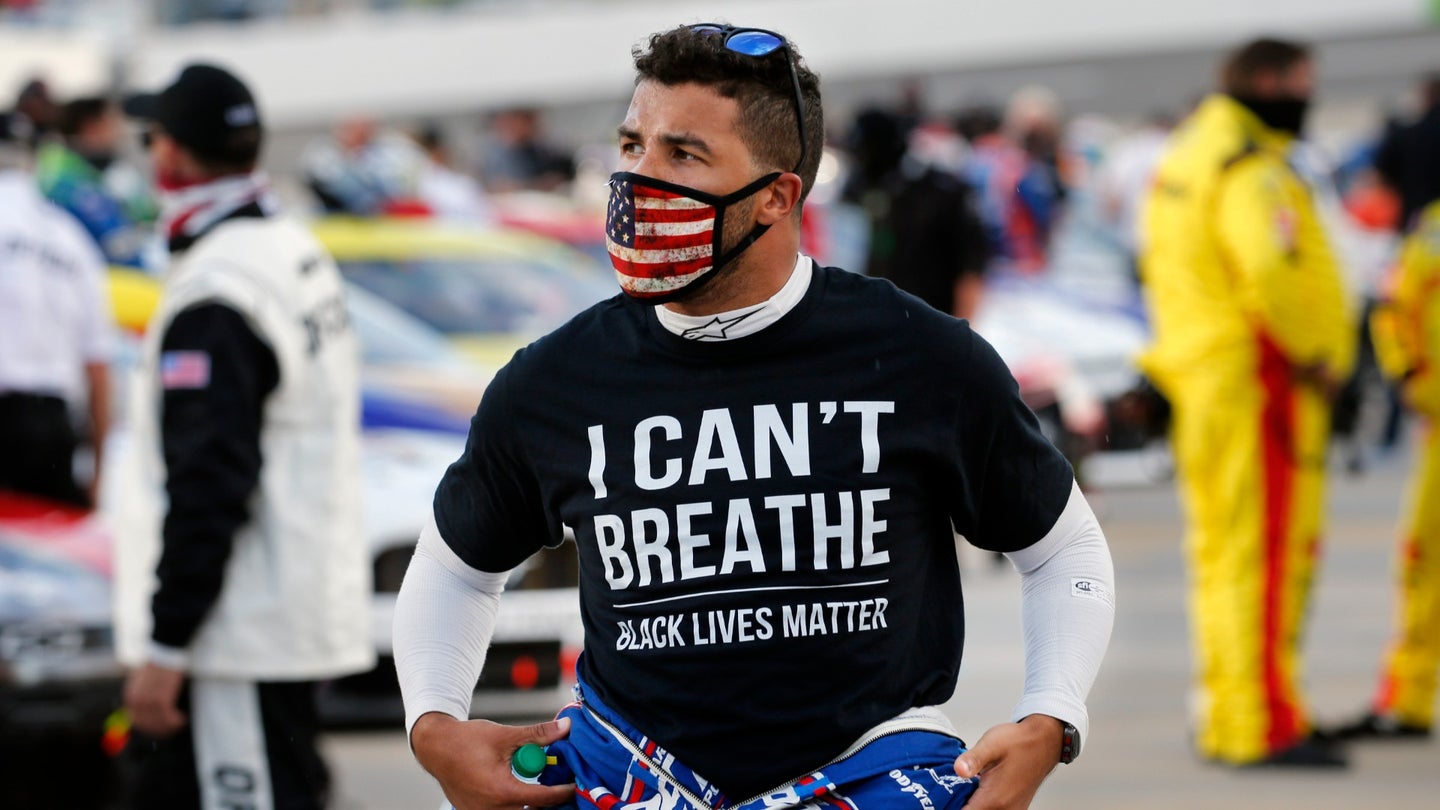 As long as Bubba Wallace has been the NASCAR Cup Series' only Black driver, there have been fans trying to dismiss the difficulties of his role. He was met with heaps of criticism when he ran a Black Lives Matter livery at Martinsville just a few weeks back, and on Sunday, one of Wallace's crew members reportedly found a noose hanging in his garage stall at Talladega. NASCAR has launched an investigation into the incident, though misinformation has been spreading wildly on social media, claiming the noose was actually a common serpentine belt.

A post on Facebook made by a user named Chris McDonald who seems to have no affiliation with the series or any news organization went viral on Monday, claiming the rope was actually a 26-inch serpentine belt. There was even a fake statement attributed to NASCAR dismissing the situation.

And the reactions to it:

The post cites "News Center 29ls" as a source, saying the outlet has a "picture of the news." The post says, "They have taken down so much of the stuff but the one thing you will never see is a picture of a noose hanging in a NASCAR stall." The Drive could locate no such news article.

The post has been taken down, although it's not clear if McDonald himself removed it or if Facebook took action. In reality, NASCAR hasn't issued a statement on the situation since Monday morning:

NASCAR executives, as well as the majority of Cup Series drivers, have been vocal in their support of Wallace throughout the ordeal. During Monday's resumed broadcast of the weather-postponed Talladega event, drivers marched behind his No. 43 Chevy Camaro in pre-race ceremonies. Several have also spoken out personally, showing their disgust with the reported targeting of Wallace. Really, the Talladega noose is only the latest in a series of gross attacks against him.

No matter, though, as Wallace spoke out against this hate in a tweet Monday morning, explaining, "This will not break me."

NASCAR President Steve Phelps has made it clear that whoever placed the noose will be swiftly banned. Given the coronavirus-related restrictions for the most recent race, only NASCAR and track personnel had access to Wallace's garage stall at the time. The local sheriff's office and the FBI are involved in the investigation, so it's possible that criminal charges will be brought against the perpetrator.

In the meantime, don't believe everything you read on Facebook.