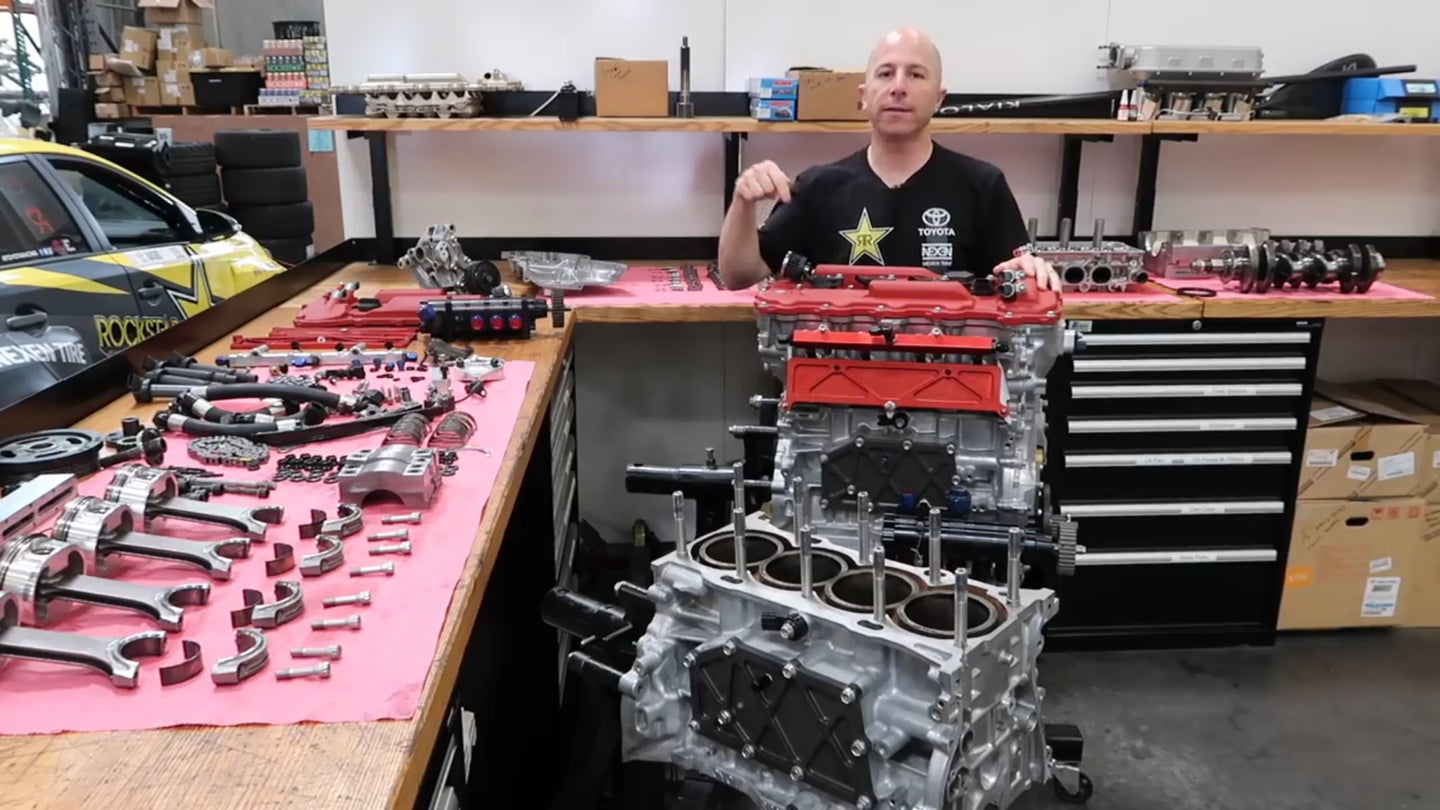 Currently campaigning the 2018 Formula Drift season with Aasbo as the driver, the Papadakis Racing team is running with a 1000-hp rear-wheel-drive Toyota Corolla. The team is known for being disruptive with its race car builds. When Tanner Foust returned to drifting to drive part-time for the 2015 season, the Papadakis Racing team campaigned a V8 powered Volkswagen Passat drift car.

The Papadakis Racing has been faring well with Aasbo in the 2018 Formula Drift season so far. It's held the top spot in the championship for most of the season so far, but is currently sitting at second place behind 2017 Formula Drift champion James Deane.

Papadakis Racing recently released a video on its YouTube channel featuring Stephan Papadakis himself tearing down the 1000-hp four-cylinder engine out of Aasbo's Formula Drift race car. The engine is a Toyota 2AR-FE which has been stroked to 2.7-liters and runs with a Borg Warner EFR 9174 turbocharger and a 150-hp shot of nitrous.

To nerd out on all the little details of the racing engine, check out Papadakis Racing's feature "1000 Horsepower 4 Cylinder Engine Teardown Disassembly" video below.