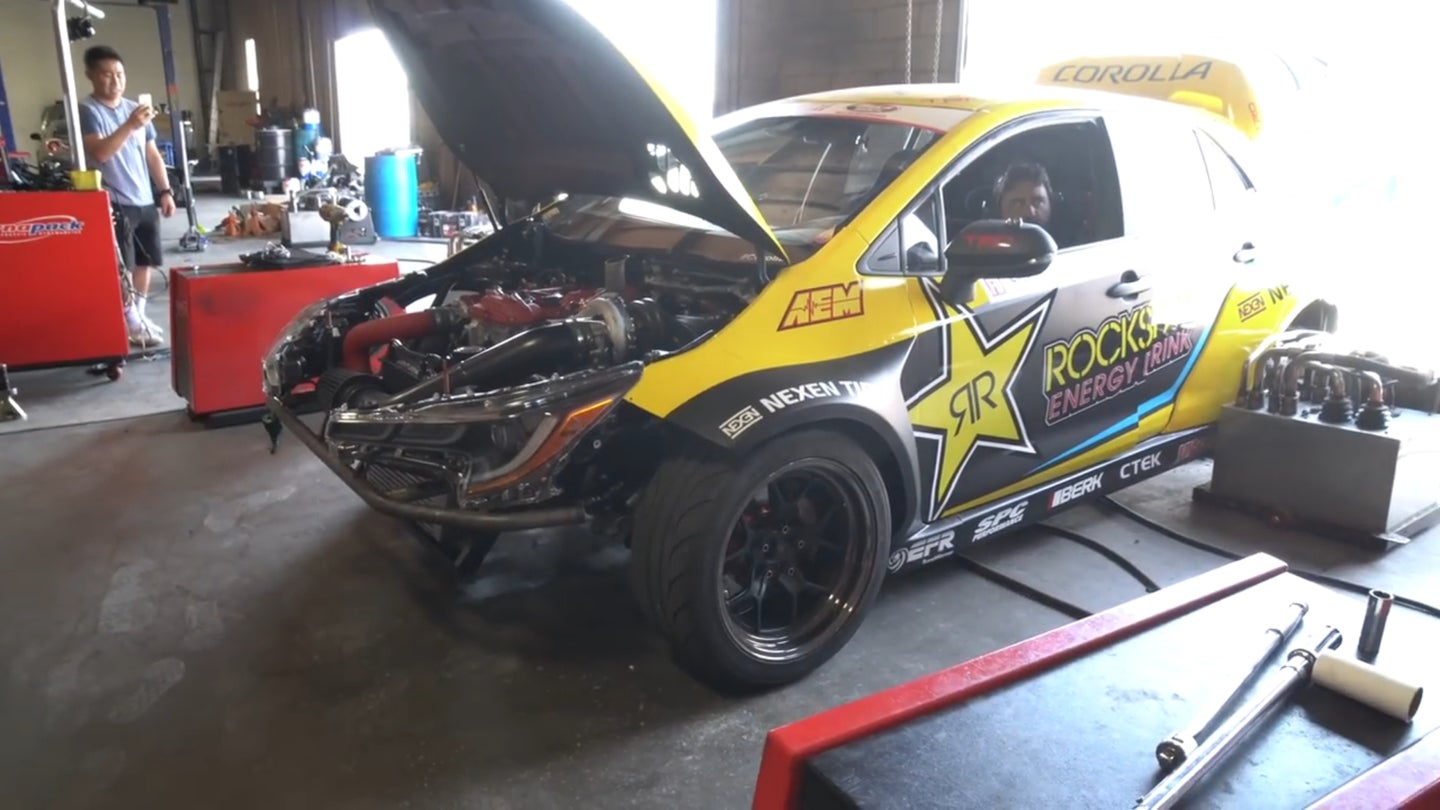 A dyno or dynamometer is a useful tool in measuring force, torque, and power. Papadakis mentions that his team quotes 1,000 horsepower from running their own numbers, but due to limitations of dynos, the goal is to get the four digits to officially appear on a dyno sheet. Papadakis says that at his racing shop, the team runs a Mustang dyno which reads about 20 percent lower dyno figures, or as Papadakis calls it, "the dream killer dyno."

The Papadakis Racing Corolla Formula Drift competition car, driven by Fredric Aasbo, is powered by a Toyota 2AR-FE which has been stroked to 2.7-liters and is equipped with a Borg Warner EFR 9174 Turbocharger and 150 horsepower shot of nitrous. The team ran three runs through the video. A run with minimal boost (around 18 pounds) with no nitrous, then a relatively high boost run (28 pounds) with no nitrous, then a run with high boost and nitrous. For the nitrous run, they had to play around with the timing of when the nitrous comes on because if the nitrous comes on too early they would overpower the torque limitations of the dyno which they were already nearing the maximum on with high boost and no nitrous.

As you can tell by the video title, they hit the goal of 1,000 horsepower. To get all the details on the dyno runs, check out Papadakis Racing's "Dyno Toyota Corolla RWD Drift Car - 1007 Horsepower 4 Cylinder" video below.

No judges. Just speed and proximity sensors to judge the world’s best drifters who will do battle.