Wallace, the only black driver in NASCAR's top series, led the charge to ban the Confederate flag at events. 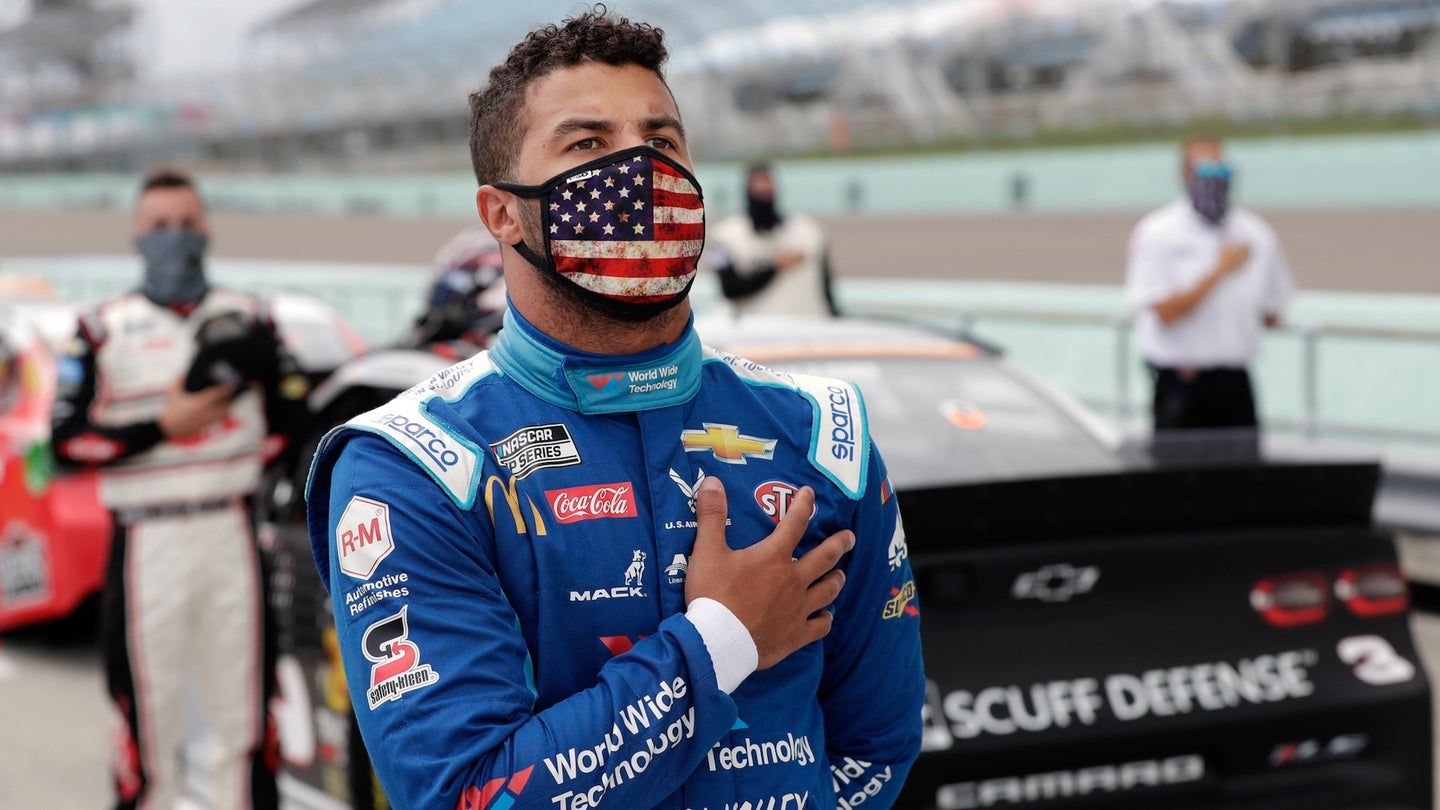 A noose was reportedly found hanging in Bubba Wallace’s garage before NASCAR's race at Talladega Superspeedway in Lincoln, Alabama on Sunday. The top NASCAR series' only full-time Black driver became a target for the hateful display—which invokes the history of lynching—less than two weeks after he successfully led the charge to have the sport ban the Confederate flag from its venues and events.

“Today’s despicable act of racism and hatred leaves me incredibly saddened and serves as a painful reminder of how much further we have to go as a society and how persistent we must be in the fight against racism," said Wallace on Twitter. The noose was reported to NASCAR officials by a member of his team.

A rain delay may have pushed the race back a day, but the scene outside the track on Sunday showed that many NASCAR fans aren't letting go of the ugliest aspects of the South's history. Spectators carried the Confederate flag, some of which were seen flying on passing vehicles, and a plane flew over the track pulling a banner with the flag and a message that said: “Defund NASCAR.”

Despite banning the flag from its events a little over a week ago, NASCAR hasn’t yet laid out a plan for how to enforce the rule. The delayed Talladega race would have been the first to allow up to 5,000 fans in the doors since the coronavirus pandemic began.

For its part, NASCAR said in a statement that “we have launched an immediate investigation, and will do everything we can to identify the person(s) responsible and eliminate them from the sport.” An official told Fox News that NASCAR is actively working with law enforcement on the investigation. The only people at the track at the time the noose was found were there for work-related reasons, which should narrow the search field significantly.

The incident shows that NASCAR has a long road ahead of it before anyone can remotely claim that Wallace or any other minority can participate without fear of discrimination. Wallace knows that, noting that his previous golf cart trips to the infield to mingle with fans wouldn’t be something he does so casually anymore. “Now I’ve got to be careful what I do,” he told The New York Times, adding “That’s the kind of sad world we live in.”

Other people in the sport, from current drivers to former legends, have expressed their support for Wallace. Richard Petty issued a statement earlier today, condemning the action and asking NASCAR to take decisive action when the person(s) responsible are found.

There's also word that several drivers may be staging a show of support before today's race, but details are scarce at the moment.