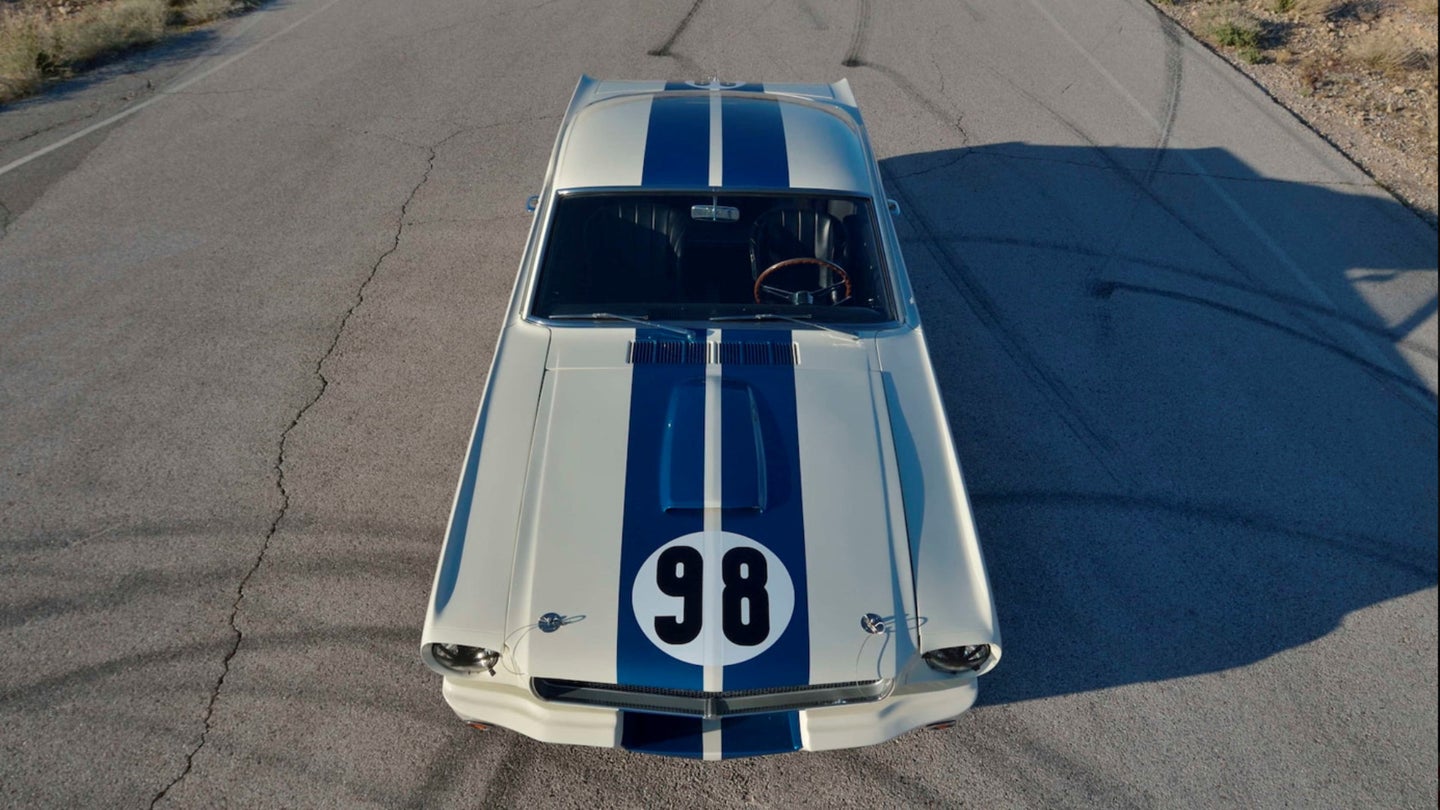 The 1968 Ford Mustang GT390, seen in the Steve McQueen classic Bullitt, may be the coolest Mustang in its history, but this 1965 Shelby GT350R is probably the most critical Mustang ever built since the first one rolled off the line in 1964. This car, aka R5002, aka the Flying Mustang, is the first official competition prototype ever built. It was the first GT350R to win a race.

When you consider the significance of what was developed out of this race car, it is no surprise R5002 sold for $3.5 million at the Mecum Indy 2020 auction this weekend.

This car served time as the factory engineering test mule that would turn a fun lifestyle car aimed at young people into the performance legend we know today. It swayed the American public into taking the Ford Mustang seriously. R5002 became marketing gold when a photo of R5002 catching air, flat-out, was dubbed the Flying Mustang, which cemented the public’s view that Shelby Mustangs were fast on the track and the street.

The history of this Shelby GT350R could fill a screenplay to a Ford vs. Ferrari sequel. Top drivers like Ken Miles, Bob Bondurant, Chuck Cantwell, Peter Brock, and Jerry Titus all put miles on R5002 during testing and development. It raced all through the 1960s and into the early 70s before ending up like most old race-cars, parked dressed in primer.

Considering the life it lived, it’s incredible the car survived at all. How often do you hear of a car being used as a test mule, a race car, and a demonstrator all at the same time, then sold to private hands to be a race car—and have it survive to today?

R5002 was fully restored in 2014 and debuted at the 2014 Amelia Island Concours just in time for the Mustang’s 50th anniversary, where it received a Best in Class Award in its division. R5002 is the building block that developed the Ford Mustang’s performance DNA. This car is genesis on wheels, and is now officially the most expensive Ford Mustang ever sold at auction at $3.85 million, with auction fees included.

It’ll tow a boat and shine at the drag strip. What more could you want?