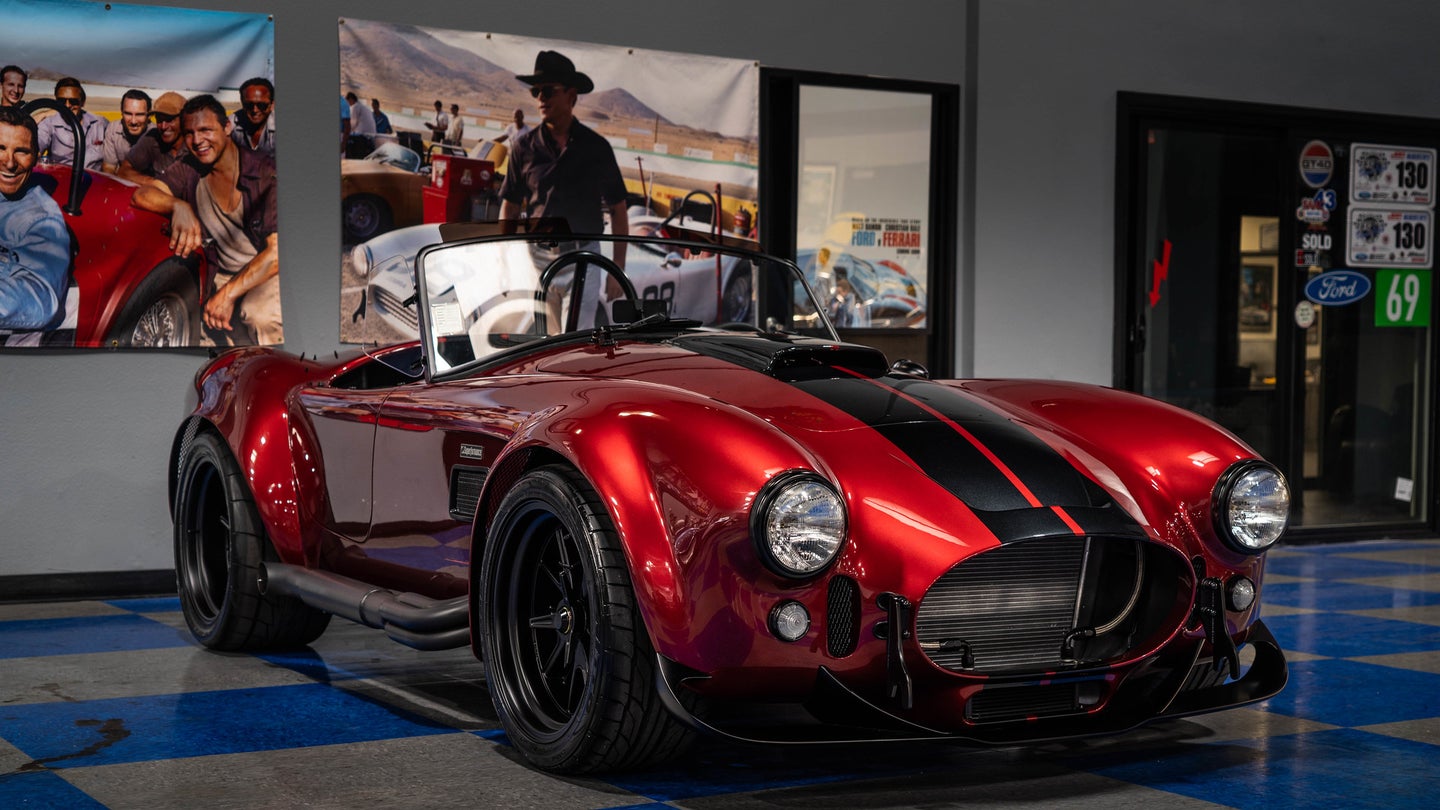 The Shelby Cobra is one of the most iconic track weapons to have ever been created. Racing legend Carroll Shelby made waves as his creation quickly became a symbol of raw American power, and in 1965 when the newest Mark III chassis stuffed a huge 7.0-liter Ford V8 into the mix, it became apparent that powerful, large displacement engines were a keystone of the vehicle's development.

In 1967, the original 427 Cobra exited production. Many companies have tried to produce a worthy replica; however, one replicar manufacturer stands out: Superformance. Now, Superformance has revealed its latest creation based on the very same high-displacement principle that the original 427 Cobra was built on by stuffing Ford's 7.3-liter Godzilla powerplant under the hood.

As expected, the Superformance MKIII R shares a striking resemblance to the original MKIII Cobra—its body shape, curves, and overall profile match the most eye-catching parts of the five-decade-old design. However, Superformance calls this the "new generation of Cobra for a new generation of owner," meaning that the design and platform have been updated to reflect a customer demanding a more modernized approach to the classic car.

Under the hood is the most intriguing part of the entire project: Ford's 7.3-liter V8, affectionally called "Godzilla." The pushrod crate motor, which was initially built for the gasser versions of Ford's F-250 and F-350 pickups, makes a respectable 430 horsepower and 475 pound-feet of torque from the factory. We know it's capable of much more with a little bit of forced induction, though—maybe even enough to give Shelby's original Super Snake a run for its money.

To handle the transplant, they reached out to Vlado Jancev of California-based tuner shop V's Performance. According to Jancev's interview with Rare Car Network, fitting Ford's Godzilla into the MKIII R was surprisingly easy—the width is quite similar to GM's LS platform, though the height did require some modest modifications to the intake manifold. The engine is then mated to a Tremec five-speed manual transmission and sends power exclusively to the rear wheels, just as Carroll Shelby intended.

Of course, other modern bits are fitted to the updated Cobra. For example, behind the Halibrand-style wheels are large Wilwood brakes that neatly hide the Bilstein coilovers behind them. Visual upgrades include a front splitter, rear valance, fender vents, touches of black paint across the car's beautiful coat of ruby red, and more.

The interior has also been updated, as you'd expect. Black leather adorns the seats and transmission tunnel while body-colored double stitching gives an elegant appeal. Modern electronic gauges are plastered across the flat-faced dashboard, and a push-button start reinforces the "classic car for today" ethos.

Superformance sells all of its MKIII R cars as rolling shells without a powertrain, though a video walkaround of this particular car prices the build at around $134,950—a long way from the Cobra 427's original MSRP of $7,500 but significantly less than the perceived value today.

Either way, it's hard to deny that this is the epitome of what Carroll Shelby envisioned when building his MKIII Cobra; a large displacement motor, gobs of power, and unique styling that doesn't draw away from the underlying feeling of being a driver's car. And it's about as close as you can come to living out his vision without buying a 56-year-old collectible.