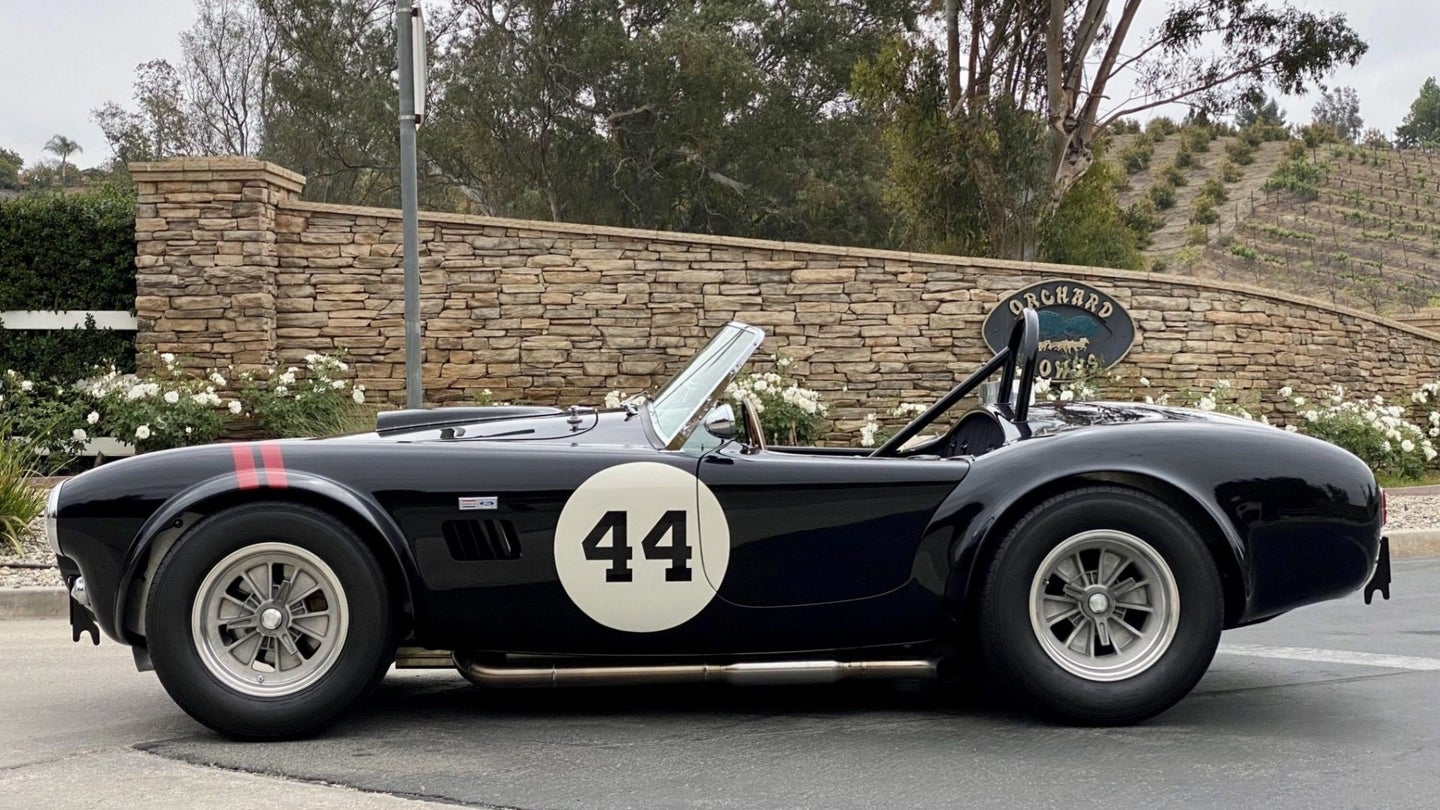 ERA Replica Automobiles of New Britain, Connecticut has built a name for itself as a purveyor of high-quality continuation vehicles. Case in point: this beautifully-finished Shelby Cobra 289 FIA replica now up for auction at Bring a Trailer. This Cobra is titled as a 1966 but it’s 2021 pristine, finished with black leather bucket seats and coated in (fittingly to former owner and baseball legend Reggie Jackson) Yankee blue.

Since Jackson commissioned it in 2012, the car has had two more owners. It appears both have taken excellent care of this Shelby Cobra and it has fewer than 1,000 miles on the clock.

If you were to buy a body and chassis combo through Shelby American, you’d shell out $95,000 minimum for a fiberglass body without the engine or transmission. For an aluminum body, it would cost closer to $200,000, again sans powerplant. This particular 289 FIA is sitting at $55,000 at the time of this writing, with three days to go in the auction. And it includes a Ford 351 cubic-inch Windsor under the hood, which is paired with a Tremec TKO five-speed manual transmission.

Back in the 1960s, the lightweight Cobra 289 FIA was a dominant fixture in American road races, including a notable 1965 FIA Manufacturer's Championship. It was designed to be nimble and lithe on the road, navigating hairpin turns without breaking a sweat.

This version has been updated with a custom stainless steel exhaust system with side pipes, twin Volant mufflers, and ceramic-coated headers. Four 289 FIA replica wheels with Avon rubber tires and a polished wood-trimmed steering wheel completes the retro package. For those who want to return the replica to a more streamlined feel, the original aluminum panels and racing seats come with the car.

Of course, if you felt like it, you could always stuff more power under the hood like this Shelby 427 with a Godzilla engine. Otherwise, this replica is well-equipped as is and looks like a great summer cruising vehicle.