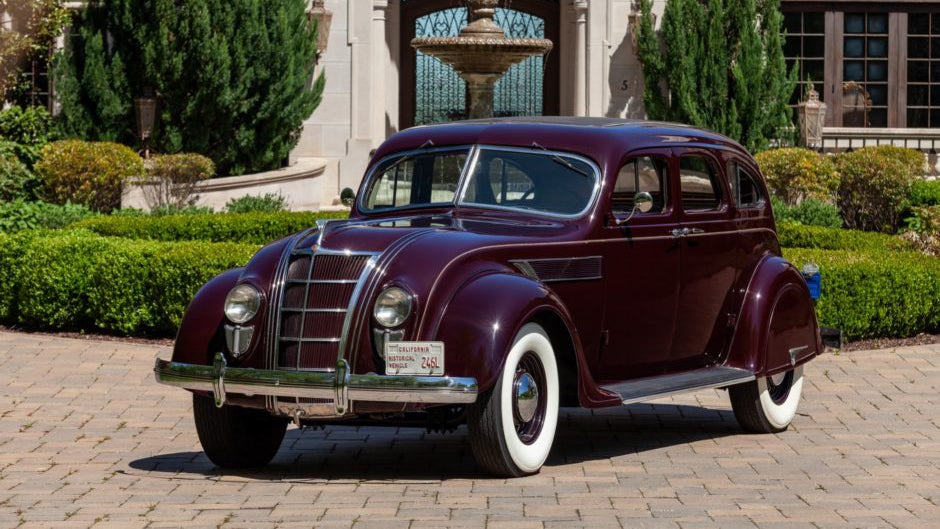 Occasionally, we come across vehicles for sale that have amazing stories and famous owners in their past, but it’s rare to see one that was owned by two of the most famous automotive personalities to ever live. This 1935 Chrysler Imperial Airflow C2 Sedan was owned by both Steve McQueen and Carroll Shelby, and it's up for auction right now on Bring a Trailer.

The 85-year-old car purs effortlessly down the road in the auction’s accompanying drive videos, and the five-digit odometer is said to be working with just 59,000 miles showing. Under the hood, there’s a 323.5-cubic-inch straight-eight that made 130 horsepower from the factory, which is mated to a three-speed manual transmission. The 16-inch wheels have flashy chrome hubcaps and are wrapped in tires with Broadway-sized whitewalls.

All of that is enough to make for a great auction, but it's the Chrysler’s famous owners that really seal the deal. Steve McQueen is said to have purchased the car in the 1970s and it was sold to a Las Vegas dealer in an estate auction a few years after his death in 1980. Fourteen years later, Carroll Shelby picked the car up and added subtle details like a shift knob with the Shelby Cobra emblem.

The Airflow was originally intended to be a De Soto-only car, but Walter Chrysler apparently liked the prototype so much that he demanded a version be made with his name on the badge. They were ahead of their time, with a body designed in a wind tunnel and innovative all-steel underpinnings that were far more advanced than that of other cars at the time. For comparison, most cars were held together by a wooden subframe bolted to a ladder frame.

Bidding for this Envoy Red Imperial Airflow C2 started at just $2,300 two days ago and currently sits at $28,000 at the time of publishing. Clean versions without the celebrity pedigree go for much more than that, so expect the auction to heat up before it’s all said and done.