This Might Be the Cleanest 1988 Chrysler Conquest TSI Left 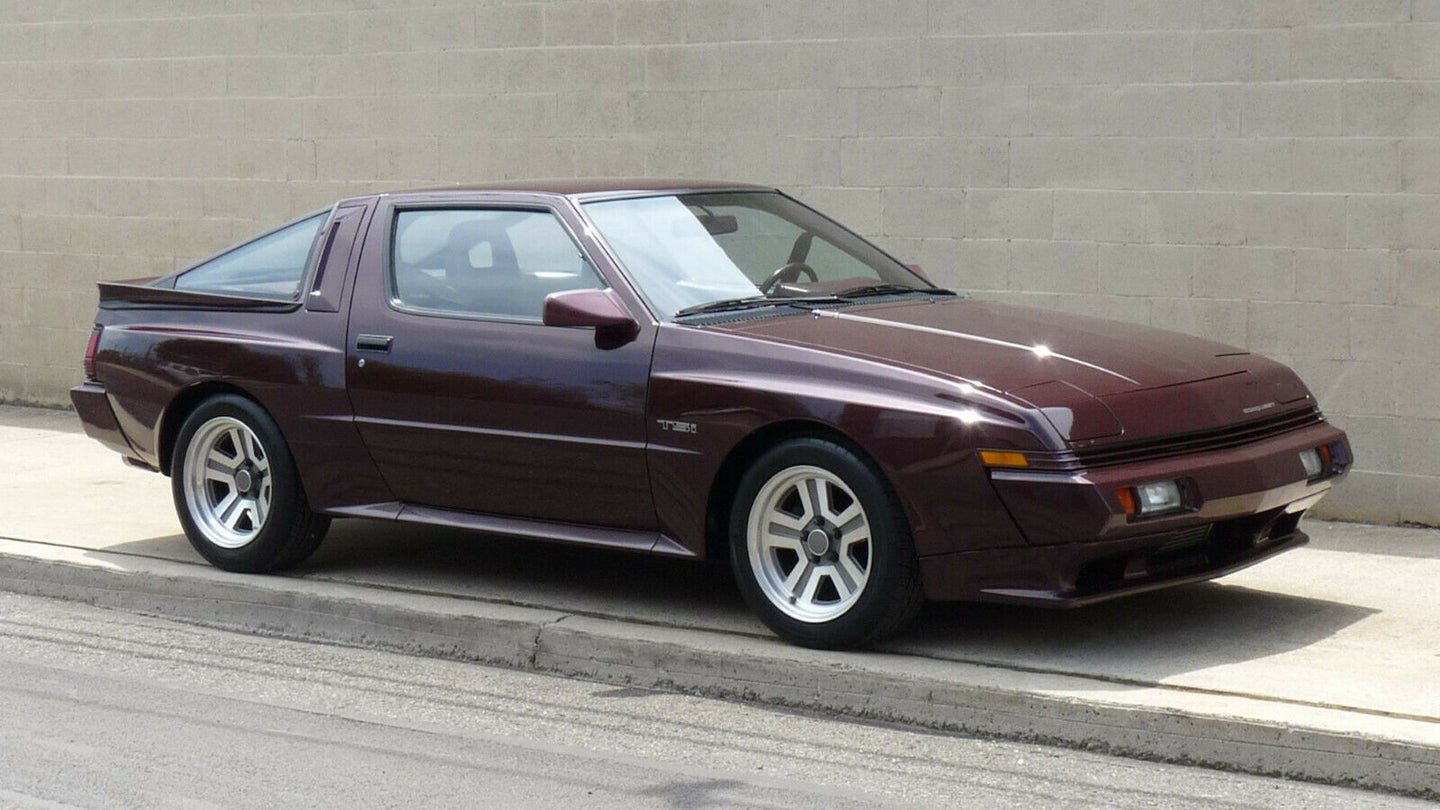 The Mitsubishi Starion was a fairly well-known car from the 1980s that paired glorious and funky styling with decent performance, but not many people know that the car had a nearly identical twin in the Chrysler Conquest. Both cars were priced below the competition and stood up well in comparison tests. This one, currently for sale on eBay, may be the cleanest example on the market today, and everything about the car—down to its solid maroon interior—is just like it was back in 1988.

With just 51,000 original miles on the clock and virtually zero cosmetic issues to speak of, this Conquest is ready to hit the road. The Chrysler and its Mitsubishi-branded sibling, the Starion, have both been steadily increasing in value over the years, as younger enthusiasts seek out the cars that they remember as kids growing up in the 1980s—AKA the Rad era.

The problem is that quite a few of the cars that are found on sale today, and there aren’t many, have been modified or driven by people like Jeremy Clarkson to the point that there’s not much life left in them. That's not the case here, though. The previous owner says the car has been garaged since the day it left the dealership and notes that it's been kept out of the rain and snow. Everything on the car is said to be in working order, down to the factory radio and steering wheel controls.

The Conquest comes with a 2.6-liter, turbocharged, single-overhead-cam four-cylinder engine that pushes 188 horsepower to the rear wheels through a five-speed manual gearbox. The 16-inch wheels have been fitted with new Goodrich G-Force tires, and all fluids were refreshed prior to the car being listed for sale.

The Conquest/Starion twins were down on power compared to their competition at the time, but a Motorweek test in 1986 found that the Starion matched the Porsche 944 Turbo on the skidpad and came in just behind the Mazda RX-7 in slalom speed. That’s impressive for a car whose builder didn't have the same performance pedigree of the other brands, but at just shy of $12,000 as of the time of this article, even the Conquest's price tag is keeping up with the competition.