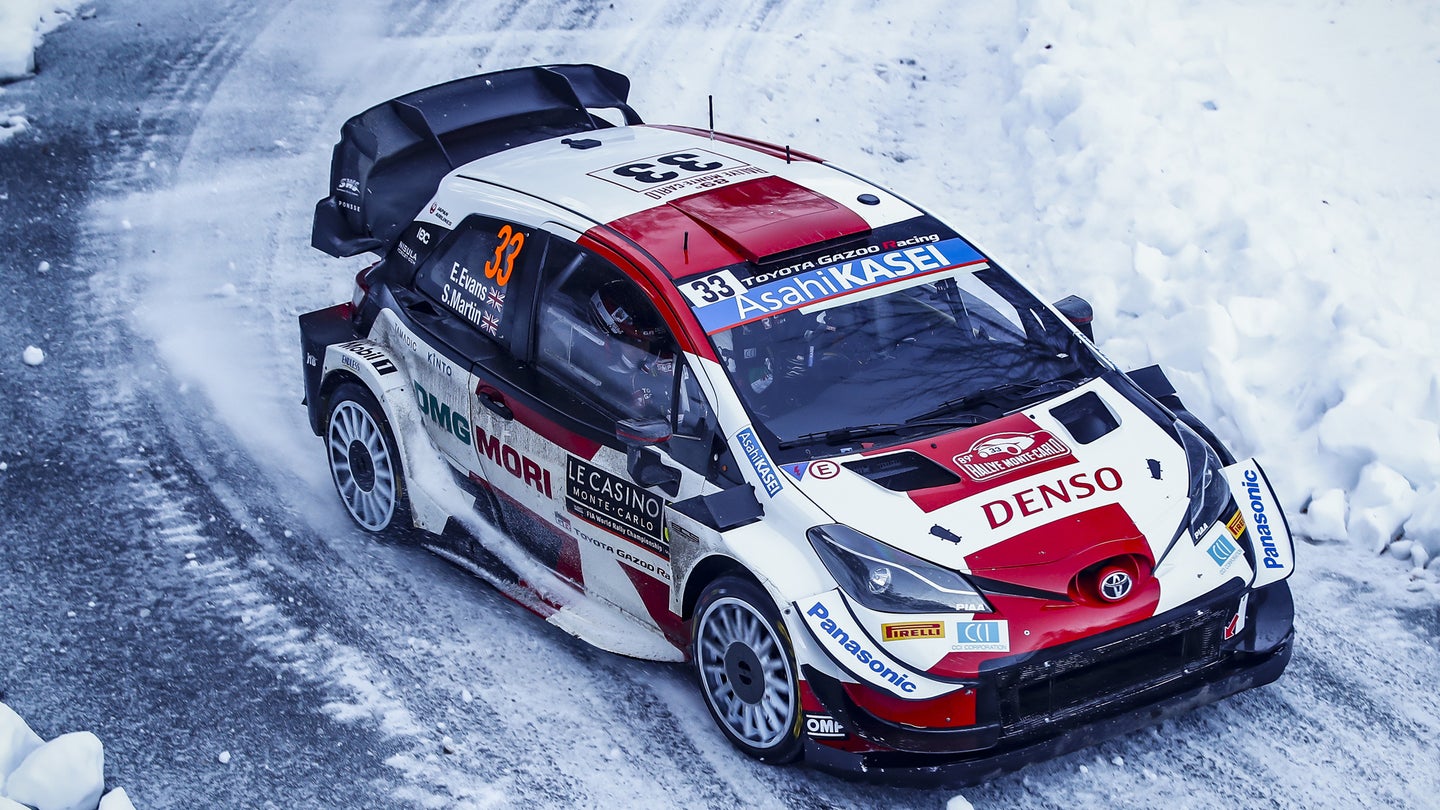 The World Rally Championship has had two things in decline for a while now: the number of people not named Sebastien able to win a title in the past 17 years (one) and its manufacturer pool, down to three. As it introduces a radical change in regulations first announced in 2019 to move towards hybrid technology at the highest level of rallying, the rules were solidified before M-Sport Ford, Toyota and Hyundai had technically agreed on a way to work with them—the kind of bump in the road that might faze even superhuman rally automaton Ogier.

A year ago, the FIA announced Compact Dynamics as its supplier for hybrid elements in the new-for-2022 Rally1 class. Replacing WRC1 as the highest class of the championship—and the only one eligible for WRC teams' and drivers' points—Rally1 has some shared architecture. This includes an internal roll cage as well as the 3.9-kilowatt-hour battery and 100kW motor-generator unit that will be supplied for all cars to keep costs down with the automakers then building their own engine and chassis architecture.

It might come as a surprise, given how far along the plans were—and the relative proximity of 2022, in motorsport development terms—that the three remaining automakers hadn't really agreed how that was going to work yet. Fortunately, they have now. Under a "new deal" contract, they will essentially work together on developing technology for the cars, including committing funds to a mutual research pool.

That's not just the teams; the FIA is also stumping up its own cash as an equal fourth party within the agreement to reduce the financial burden on manufacturers and make sure the project is, basically, going to happen. At this level, that's unprecedented and represents the FIA spotting something it may yet have to deal with in other series. Unless a solution like LMDh in WEC can be found to encourage privateer entrants with (relatively) low-cost, generic chassis, and power unit supply, the costs of hybrid motorsport development programs may simply be too much for automakers to really justify post-COVID.

This is a problem, given that the FIA doesn't really have any choice but to push them forwards. Motorsport is hard to justify to a board at the moment and motorsport using only internal combustion technology is much harder to demand any kind of budget to develop, while automakers redirect their resources to hybrid, EV and battery tech.

The agreement reached with Ford, Toyota and Hyundai is encouraging, though, especially as the FIA was able to secure a three-year deal, which means the investment for each party is secure until the end of 2024. In the meantime, it does risk shutting other manufacturers out of the series but it has to be said, "too many people trying to get in" hasn't really been a problem WRC has had lately. Allowing any new entrants a three-year run up to more open hybrid development is a realistic lead time, anyway.