The five-foot-tall trophy is typically unveiled in Indy, but this year it traveled to Paris in order to celebrate the French racing driver’s victory. 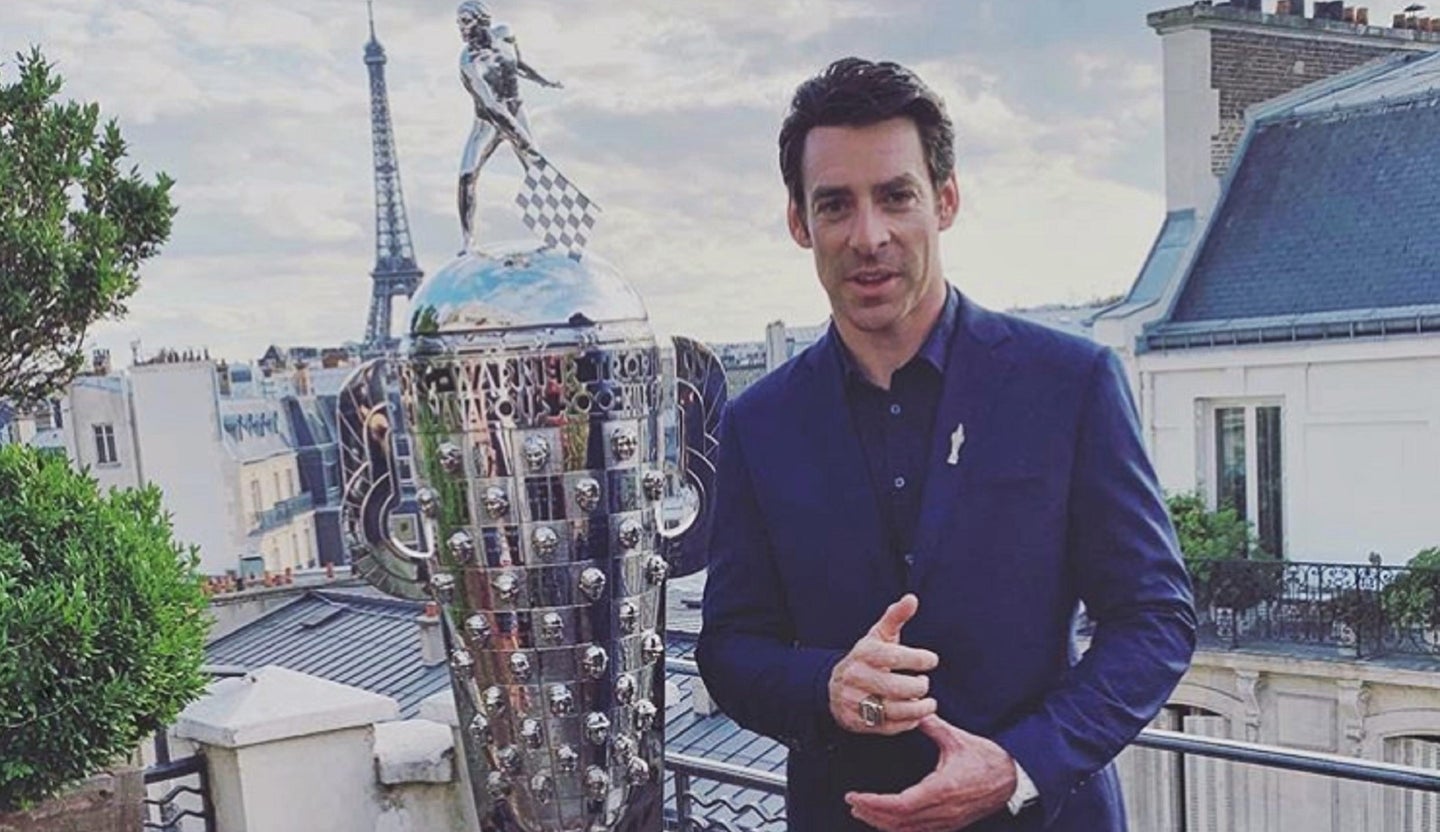 Racing driver Simon Pagenaud, winner of the 2019 Indy 500, unveiled the newest face to adorn the iconic Borg-Warner trophy at a special ceremony held in Paris, France. As tradition dictates, the face, year, and average race speed of the winner are immortalized on the five-foot-tall trophy, which weighs over 150 pounds and is worth an estimated $3.5 million thanks to the 80 pounds of sterling silver that surround it.

Pagenaud became the first French racing driver to win the world-famous 500-mile race since Rene Thomas in 1914, effectively making him the only Frenchman to have ruled at Indy in more than 100 years. To commemorate the occasion, the Borg-Warner trophy traveled all the way to Paris so it could be unveiled in Pagenaud's homeland in the summer months. Typically, the trophy is unveiled at the Indianapolis Motor Speedway's Hall of Fame during the month of December.

"An unbelievable moment," said Pagenaud on social media. "Thank you Borg-Warner and Indianapolis Motor Speedway, it means so much to unveil my face on this historic trophy at home in France. Dreams do come true."

More importantly, Pagenaud's fiance Hailey McDermott and their adorable dog Norman Pagenaud were also in attendance at the rooftop party. The latter has become a bit of a canine celebrity after joining Papa Pagenaud on victory lane and even getting a taste of the winner's milk.