Pagenaud is an “incredible racer,” the best, the most beautiful, believe me. 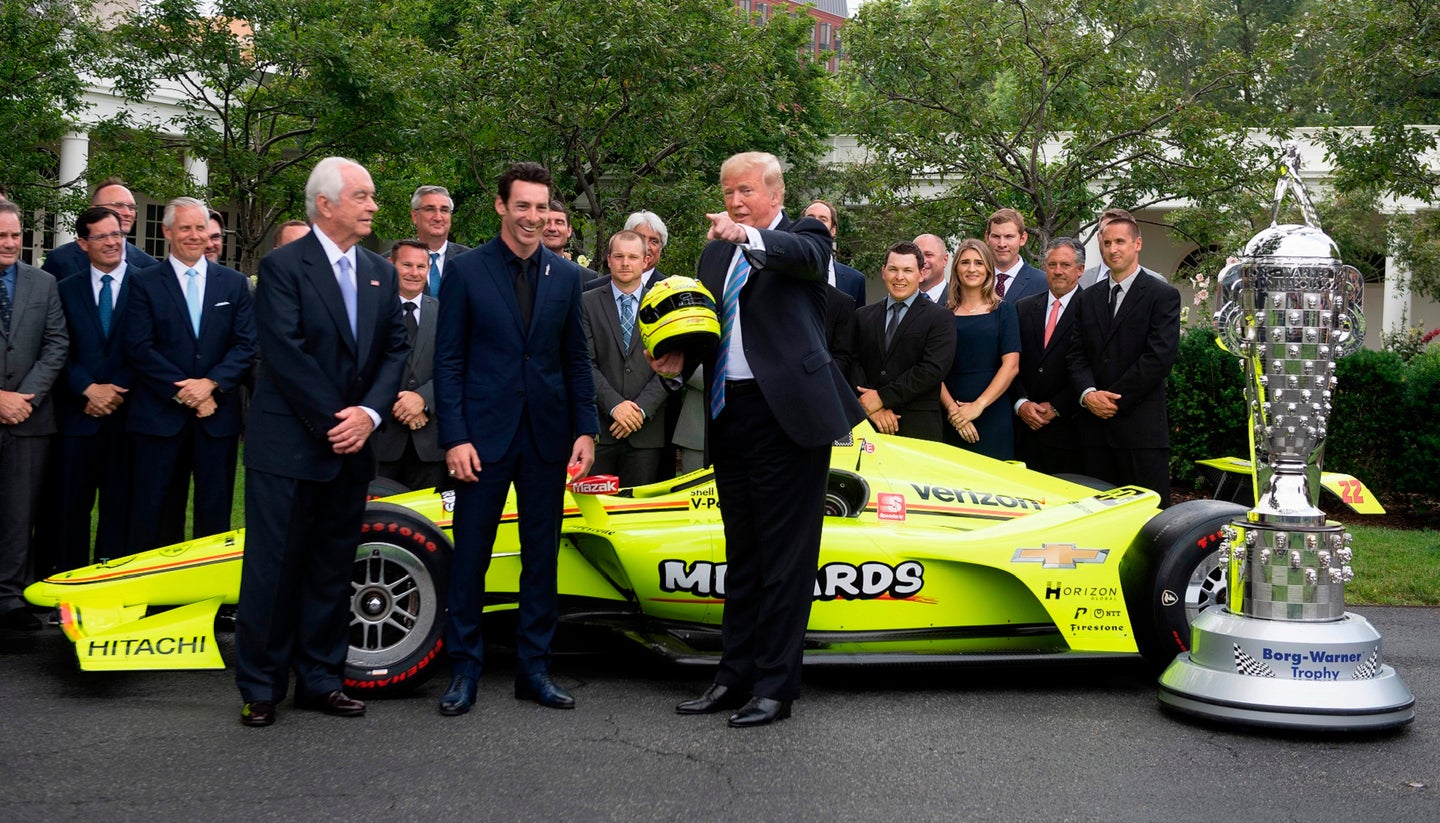 In the presence of the No. 22 Menards crew, Indianapolis Motor Speedway President Doug Boles, and Indiana Governor Eric Holcomb, Trump praised Pagenaud for his bravery and skill, calling the first-time winner an "incredible racer" and mentioning that he watched this year's race because of his friend Roger Penske's involvement in motor racing.

"It's a great honor to introduce the winner of the Indianapolis 500, Simon Pagenaud," Trump said. "He is an incredible racer."

"I happened to be watching that one because my friend [Penske] is somewhat involved with racing," Trump added. "The job that Simon did, if you saw that, that was talent and it was a lot of courage - because I wouldn't do it... even for that trophy."

Of course, he was referring to the majestic Borg-Warner Trophy, which features the face of every 500 winner since 1911 and was also present at the memorable event in Washington.

This isn't the first time Trump has welcomed a racing personality to the White House. 2018 NASCAR champion Joey Logano, who also races under the Penske flag, was honored in similar fashion in April of this year. Unlike support of IndyCar, the NASCAR invite didn't come as a surprise, given the fact that NASCAR CEO Brian France endorsed Trump during the 2016 election.