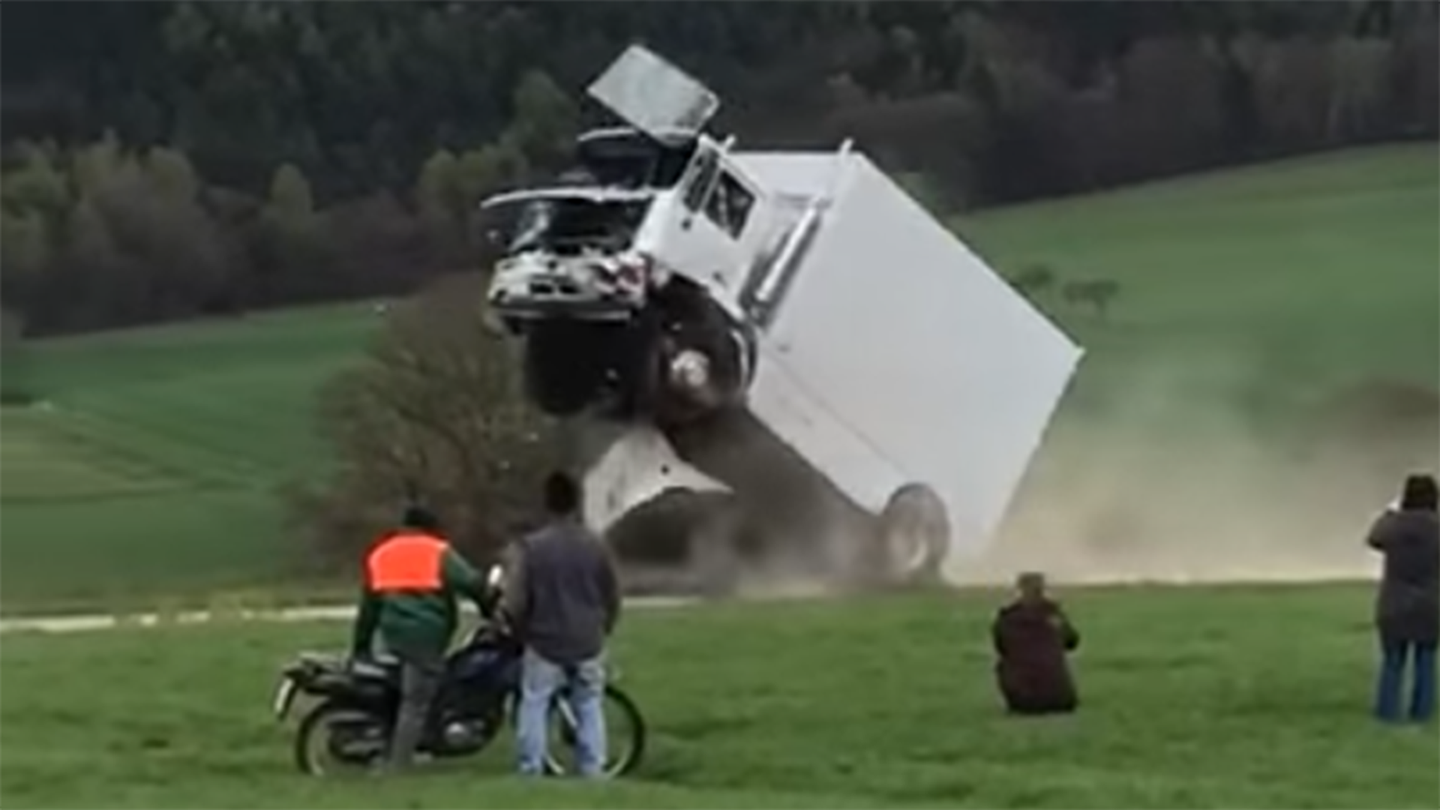 Germans—they're just like us. Turns out for every stereotypical buttoned-down Hans obsessed with maximum efficiency, there's a crazy self-defined "entrepreneur" holding potentially deadly demonstrations on public roads to prove the value of his latest product. In a scene that wouldn't look out of place on the finest back roads of America, a man in Germany decided to test out a new crash barrier he'd developed to help combat the rise in truck attacks in Europe... using a very real human driving a very real truck at speed into the unsecured blockade. What could possibly go wrong? Everything.

German outlet HNA reports that the unnamed businessman had set up the public demonstration in the hopes of making a marketing video for his fledgling crash barrier company. The man claims he received permission from the local government and fire department to hold his "advertising event," though officials with the town of Uslar said that rescue workers were not involved in any of the preparations. Given the disastrous result, we'd be surprised if they admitted it anyway.

So a couple of weeks ago, the "entrepreneur," the first responders, a crowd of curious townsfolk, and the very unlucky driver all convened on a narrow country lane in a field outside of town. As everyone watched, the truck sped down the road, and wouldn't you know it, smashed into the barricade in an incredibly violent collision. It looks like it was launched at least 10 feet in the air, and that landing is just as bad as the initial crash. The incident took place on April 22, but the video has just emerged this week:

Though the cab had been reinforced with a custom roll cage, the 48-year-old driver was still seriously injured and had to be airlifted to a nearby hospital. More than two weeks later, he's still recovering. There are so many questionable decisions that went into the making of this fiasco—did the driver, a local stock car racer, really think he was going to make it through unscathed? Were the firefighters actually as surprised as their reactions would seem to indicate? Why on earth did they use a real person? Did nobody question the wisdom of this stunt at any point along the way?

Who knows when we'll get those answers, though. According to a poorly-worded Google translation from the HNA report, "Almost all of the participants had been extremely covered since the accident. Apparently, the slogan has been issued to conceal the incident."

Volvo really wants its XC60 to keep its occupants safe.