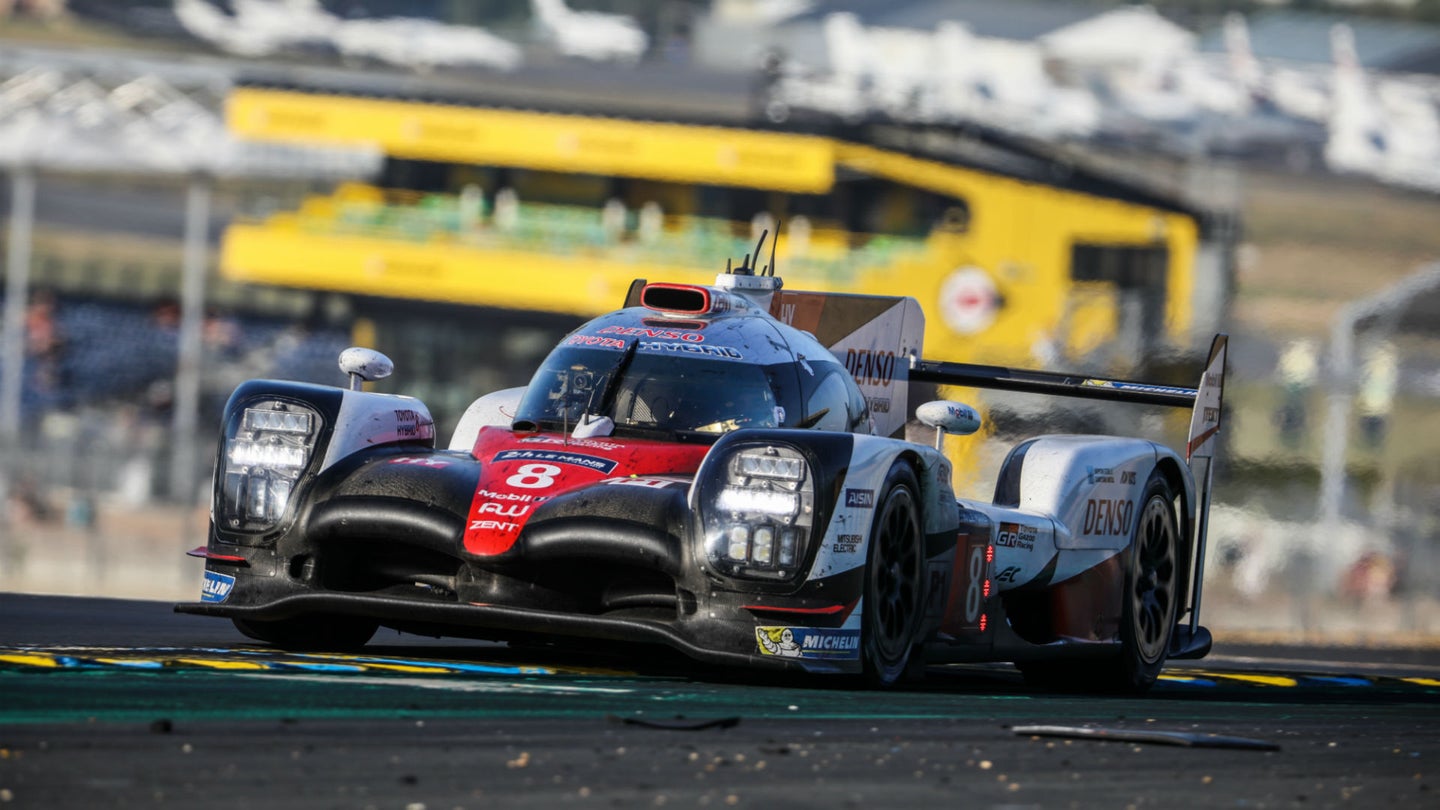 The fate of the World Endurance Championship's top category, LMP1, was put up in the air when top contender Porsche announced it would drop its prototype program after 2017. Toyota, the sole remaining competitor, has since expressed concerns with continuing its own team. Recent news from Gazoo Racing states that in order for them to return after 2018, FIA officials will need to ease restrictions and allow non-hybrid LMP1 cars to become more competitive against their electrified rivals.

A report from Motorsport.com says that Toyota officials reached out to the motorsport governing body to make these changes in order to close the competitive gap between teams. The Japanese crew fears that it would be harmful for the LMP1 category to be diluted with only one truly competitive entrant, and the WEC agreed.

Series boss Gerard Neveu reinforced the idea that hardly anyone would want to watch a race with "Toyota playing alone, 10 laps in front," according to Motorsport. Such is believed to be the case with next season, a campaign where Toyota will almost certainly earn its first 24 Hours of Le Mans victory.

The FIA World Motor Sport Council announced last week that it would be working towards achieving this, giving non-hybrid teams more allowances like increased fuel usage per lap. Toyota is yet to respond if this will meet its requirements to stay put.

This initiative could also draw in new teams to the category, therefore expanding its lifespan and making it more interesting for fans. McLaren has already announced that it would consider returning to Le Mans if LMP1 got cheaper, and cutting the cost of hybrid development could aid those efforts.

Toyota had claimed in the past that it would withdraw from the WEC if the push for hybrid advancement slowed, but as conditions have changed, so has the company's stance. It now operates another FIA-regulated world championship team in WRC, making it extremely costly to have two separate programs without much incentive.