The Front-Wheel-Drive Coupe Is Now Extinct

The Civic Coupe is dead. This is the first time the U.S. has gone without a true FWD coupe since the ’60s. 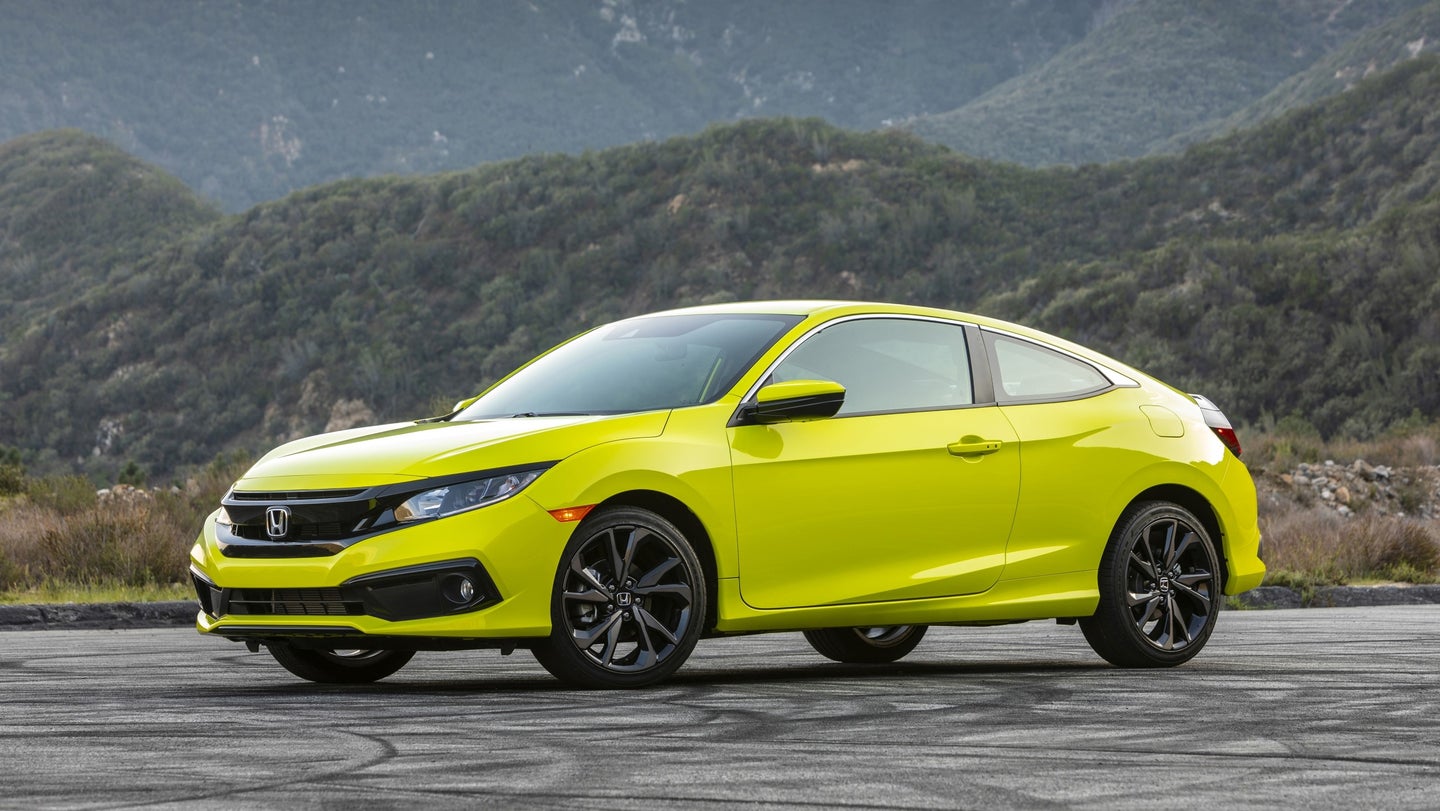 Last week, Honda sadly announced that 2020 would be the last year of the Civic Coupe. While the axing of one variant of an economy car may not seem all that significant to the auto industry as a whole, this particular discontinuation actually marks the death of a whole segment: the front-wheel-drive coupe. That's right, folks—as Reddit points out, once Honda puts the two-door Civic out to pasture next year, there will no longer be any new FWD coupes for sale in America.

Go ahead, try and think of another front-drive, low-slung two-door that you can buy new. No four-door "Gran Coupes," no hatchbacks or slopey SUVs allowed. You can't because there aren't any. Accord Coupe? Hasn't been a thing since 2017. Kia Forte Koup? Dead. Hyundai Veloster? That's a hatchback. Hardtop two-door Mini? Same answer. Chevy Cobalt SS? Nice try.

Next year would be the first year the U.S. car market goes without a front-drive coupe since the 1966 Oldsmobile Toronado was introduced. The Toronado was made all the way until 1992, at which point Honda had already entered the game with its two-door Accords, Civics, Preludes, and Integras. Of course, not all FWD coupes came from Oldsmobile and Honda. Among a bunch of others, there was the Ford Probe and the Toyota Celica. Remember the Hyundai Tiburon and Mitsubishi Eclipse? Hyundai has since gone on to do bigger, better things while the Mitsubishi Eclipse, er, certainly has gotten bigger. We'll give it that.

Shifting consumer tastes are undoubtedly responsible for the front-wheel-drive coupe's death but even though not many people actually want one nowadays, it's still extremely sad to see 'em go. They went from "personal luxury" land yachts to sports car-mimicking compacts snapped up by young, up-and-coming motorists who wanted something inexpensive yet stylish.

That being said, trends come and go. Let's keep our fingers crossed that this one will be back sooner rather than later.

Correction 07/21/2020 at 9:33 a.m.: A previous version of this story said the Oldsmobile Toronado was America's first FWD car but, apparently, we forgot about the Cord 810. For shame.