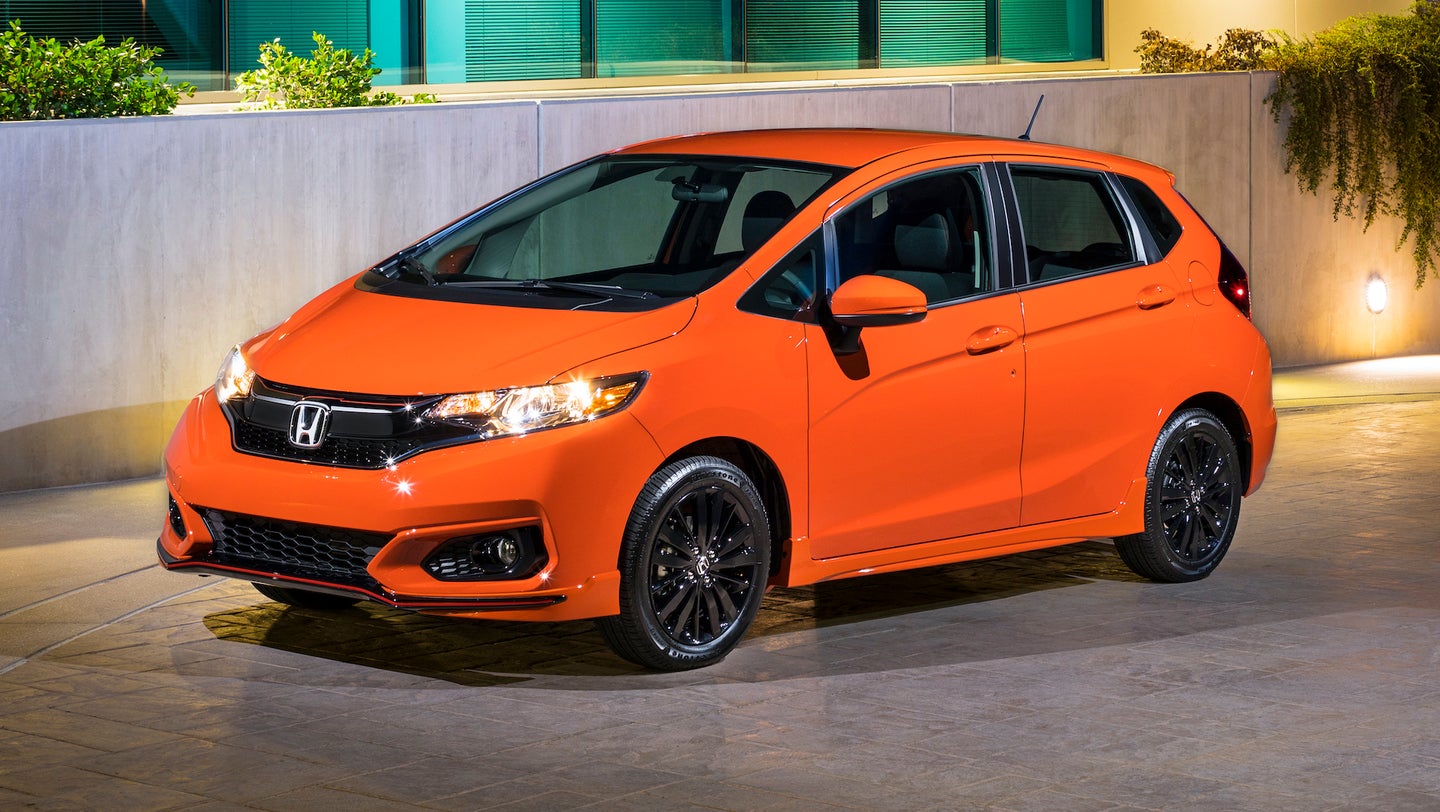 Honda announced today that it will discontinue two of its smallest cars in 2021: the Fit and the coupe version of the Civic.

This is especially bad news for subcompact fans, given that the Fit was perhaps the best option left. The Ford Fiesta, Toyota Yaris, Chevy Sonic and Mazda2 all either left the U.S. already or will soon, leaving the Fit as one of the last B-Spec cars out there worth buying. But no more.

It's even worse news for those of us who want a reasonably-priced regular car that comes with three pedals. Both the Civic Coupe and Fit were offered with a manual transmission, and Honda's is one of the better manuals out there. Combined with the fact that Honda will no longer offer a manual transmission in the Accord next year, this feels like a mini-manual-pocalypse.

The Civic Si will also be going on hold for 2021, however, that's primarily because there's a new Civic coming in 2022. Honda told Road & Track that they need to set up the tooling for that new Civic and that the Si would return with the new model.

Not all is lost, however. The regular Civic Sedan will remain in production with a manual transmission still available. Still, those are considerably larger in size and price than the humble Fit, with the base Civic Sedan ringing up at $20,800. The cheapest Fit is nearly $4,000 less, meaning that the money that used to be able to get you a nicer-optioned Fit would just get you into a bare-bones Civic.

Nothing else in Honda's lineup is as inexpensive as the Fit, and we have to scratch our heads a little at the idea of axing the cheapest model in the middle of an ever-worsening economic slump. Still, it's the crossovers and SUVs that print money for carmakers nowadays, and that shows in the cars they decide to keep.

The 2018 Honda Fit Gets a Fresh Look, New Sport Trim