The number of fatalities rises as the search party for missing persons continues. 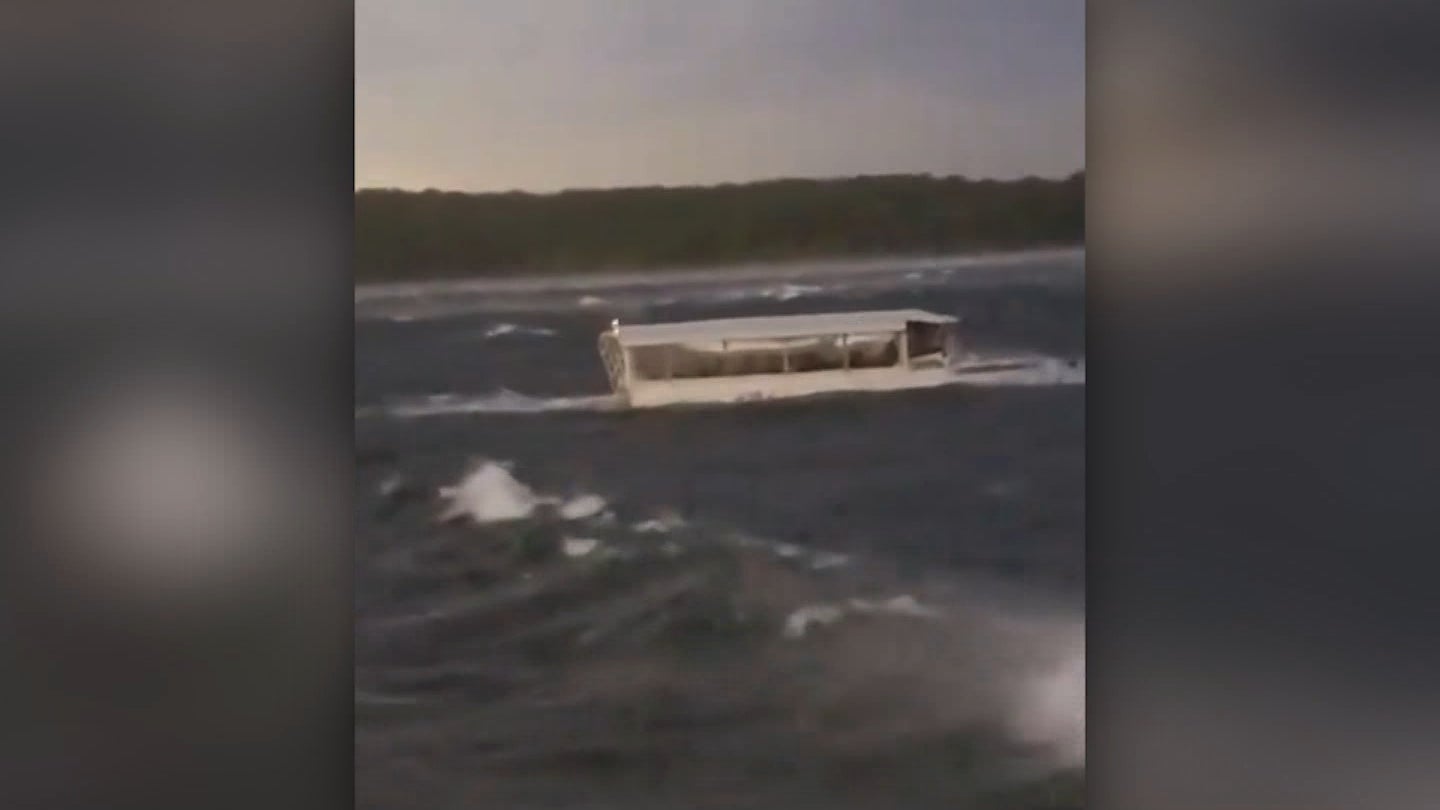 A flash weather event struck in southwestern Missouri on Thursday, leading to disaster for a local boating attraction and onboard tourists.

Thursday afternoon, 31 passengers boarded a Ride the Ducks Branson tour boat and set out on Table Rock Lake. As they were on the water, a sudden storm grew increasingly dangerous, and ultimately capsized the vessel. As of Friday at 9:00 a.m. EST, tragically, 13 of those 31 passengers—including children—have been reported dead.

Divers are currently continuing their search for the remaining persons, though Missouri Governor Mike Parson told CNN's "News Day" that it "doesn't look very good for survival." Seven people were reported injured but alive, including the boat's captain, and were taken to local hospitals for emergency care.

Jim Pattison Jr., president of the Ride the Ducks Branson's parent company, told CNN that the 68 mph gusts of wind and major waves "came out of nowhere."

A severe thunderstorm warning was issued for the area at 6:30 p.m. local time (7:30 p.m. EST), which was approximately 30 minutes before the boat capsized.

Key figures including President Donald Trump have taken to Twitter and other channels to express their condolences since the incident was reported.

Local news outlet KY3 released a video which showed several boats were on the water at the same time as the aforementioned tourist attraction.

According to Sgt. Jason Pace of the Missouri State Highway Patrol, the Coast Guard will conduct an investigation to determine the specifics of the situation. A team sent out by the National Transportation Safety Board will visit the scene on Friday to assist.

Life jackets were reportedly available to the passengers, though it's unclear whether they were wearing them at the time of the incident.

"People are supposed to be able to go out for an outing and have a good time," Pattison continued to CNN. "This should never end this way—there's not much more you can say."

Ride the Ducks Branson released a statement on its website Friday saying: "Words cannot convey how profoundly our hearts are breaking. We will continue to do all we can to assist the families who were involved and the authorities as they continue with the search and rescue."

UPDATE—11:45 A.M. EST: The Stone County Sheriff's Department has confirmed to CBS affiliate KOLR-TV that the death toll has risen to 17 on the morning after the incident. The driver of the boat has been specified as one of the 17, though the captain is reportedly alive.

Further news broke as a spokesperson from Cox Medical Center Branson announced that four adults and three children were admitted to the hospital for treatment. Two of the four adults were in critical condition while the others were in for minor injuries.