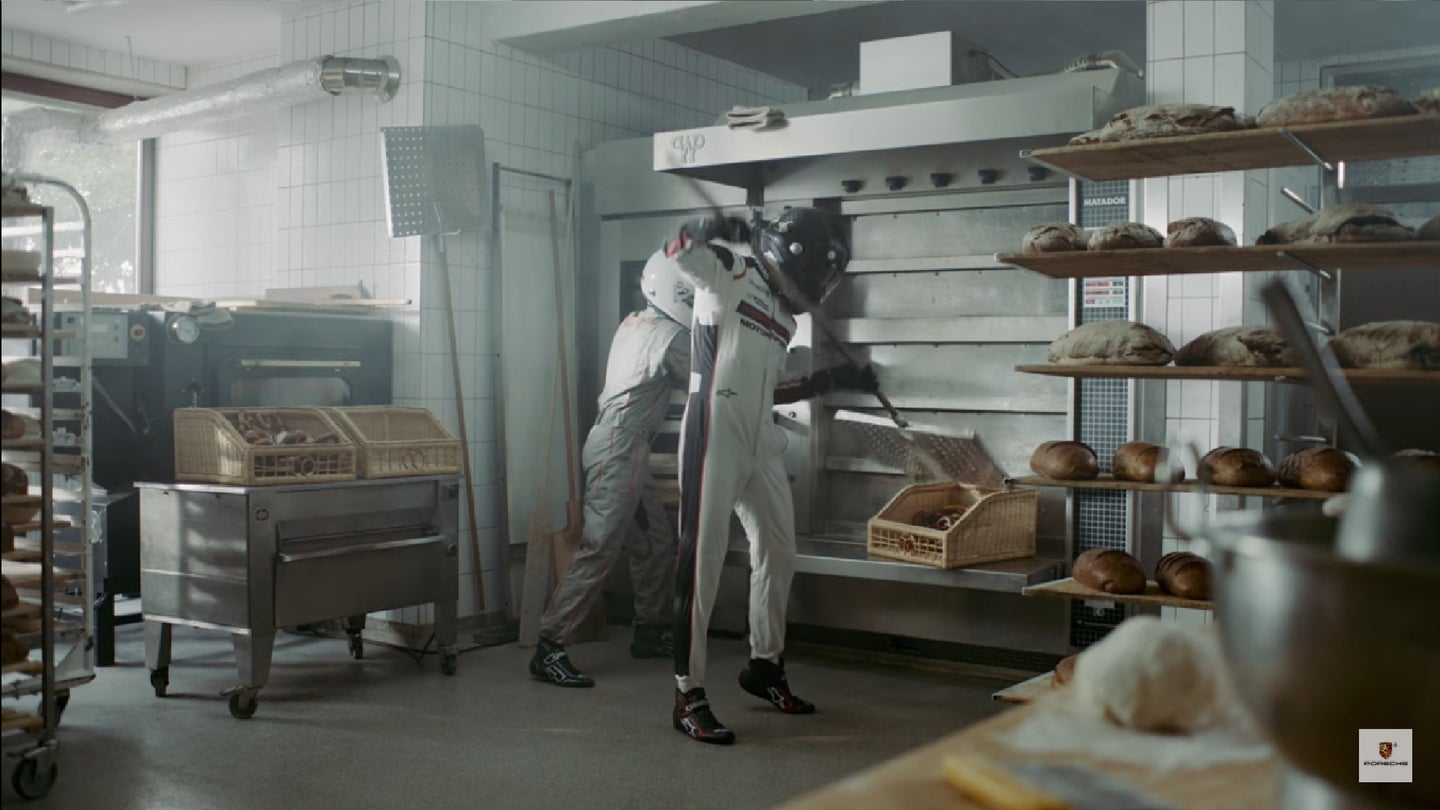 Flacht is a very small town in Germany, itself only about 1.76 square miles in size, and populated by just over 1000 people. This is where Porsche has located their Motorsportzentrum, and it is where the new available-with-a-manual GT3 has been developed. If you aren't familiar with your German geography, Flacht is a couple hours drive to the north west of Stuttgart/Zuffenhausen where Porsche's headquarters are, and where the sportscars are built, and about four hours west south west of Leipzig where the Macan, Panamera, and Cayenne are constructed. That motorsport center is responsible for the development and execution of everything from Le Mans victories down to the GT3 Cup cars used in national club racing series.

Since the new 911 GT3 street car was introduced a few weeks ago at the Geneva motor show, Porsche has been spinning this narrative that everyone in Flacht is addicted to speed and efficiency. That the quiet little town is a location "where all they can think about is motorsport". It's certainly fun to imagine these normally reserved and restrained small-town Germans are running around town doing normal jobs in a full set of racing gear, helmets, nomex, gloves, and all. Could you imagine pursuing your vocation throughout the day in full racing attire? This running joke from Porsche is certainly better than their lackluster attempt at an April Fools joke. That's the most Porsche joke they possibly could have made.

Anyhow, if only for the audio of the GT3 running around the test track in the final few seconds of this short video, give it a watch. This is as close to a sense of humor that Porsche can muster, and we'll admit that it was pretty good.

Hear what Porsche executives have to say about the new hyper-sedan.