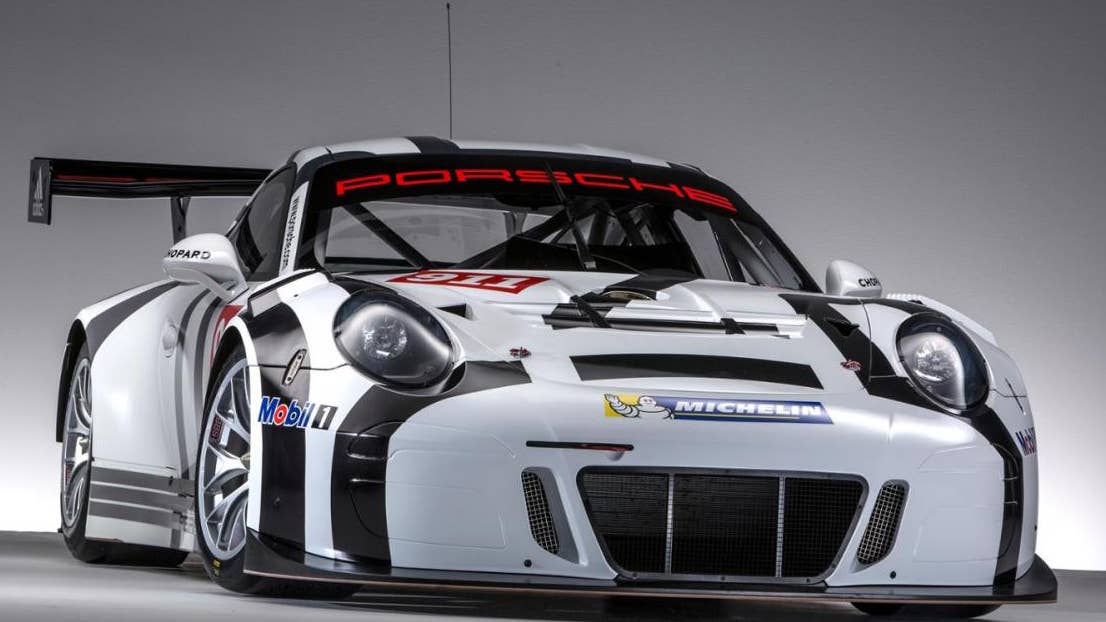 Back in 2014, the IMSA series was new, and Gainsco Bob Stallings was on top of the world. They had recently updated their Corvette Daytona Prototype to the new specification (an expensive proposition) and they were running reasonable pace. An unfortunate accident in the very first round of the season at Daytona left them with a busted car and no spare cash. At the end of the 2014 season they announced they'd be entering the Pirelli World Challenge sprint series with a Hyundai Genesis coupe. Their 2015 season did not go well either. It was a new car and a new sprint racing format that the team was not used to. In 2016 the team jumped to another new car and another new class, this time still in the PWC championship. The car was a McLaren 650S GT3 and the class was PWC GT. This went a little better with the team netting a single podium at the season-opening round at COTA. Unfortunately, while they would only have one DNF on the season, their average finish was down in 9th. Considering that the KPax/Flying Lizard entered McLarens were usually found fighting for wins at the front of the field, their performance in the same car was a bit lackluster.

For the 2017 season, the team have announced that they'll be running a brand new Porsche 911 GT3 R in that same PWC GT category. The Porsche did well in PWC in 2016, as Patrick Long came within just a few points of winning the championship, and likely would have if he were not punted on the very last lap of the very last race of the season. The GT3 R is an excellent car, and Porsche will likely be able to provied Gainsco with much needed setup information easier than McLaren could, being that Porsche has customers running more GT3 Rs around the world, and generally greater racing resources to devote to a GT3 effort. I personally hope that Gainsco do well in 2017, their luck is bound to turn around at some point.

Here is the team's entire press release regarding the new car:

“We are happy to have the opportunity to advance our racing program with Porsche for the 2017 PWC season,” said Bob Stallings.  “I have known the leadership of Porsche Motorsport for several years, having competed against them in the Rolex Series and more recently at PWC. We have had many discussions over the years about joining forces on the race track, but never could find the right opportunity to complete a relationship.  Porsche has been a leader in Motorsports for many years throughout the world racing scene. I have held them in high regard and always thought we might decide to race together eventually, and the opportunity to get it done now was very compelling.”

The world’s largest race car manufacturer, Porsche has a long history of winning. The Porsche 911 GT3 R scored five victories en route to second place in the PWC GT Championship in 2016. “Customer racing is the foundation of Porsche Motorsport,” said Jens Walther, president and CEO of Porsche Motorsport North America.  “We are always delighted when an organization as successful as GAINSCO chooses to race with us, and we welcome Bob Stallings and the entire team to the Porsche family.”

Four-time racing Champion Jon Fogarty will return for his ninth year of competition with the GAINSCO/Bob Stallings Racing team.  Although he holds records in American Sport Car racing for pole positions, 2016 was Fogarty’s first full season of PWC racing, scoring three top-five finishes.  Prior to joining Bob Stallings and his GAINSCO team full-time in 2006, Fogarty drove a Porsche 911 for the Flying Lizards: “It’s wonderful to be back with Porsche, where I began my Sports Car career in 2004.”  He recalls his first time behind the wheel of a closed cockpit race car, where he competed at Sebring in a Porsche 911 with Flying Lizard Motorsports. “I was immediately impressed with Porsche’s GT racer and went on to compete and finish on the podium several times the following 2005/6 seasons.  Porsche and Sports Car racing are nearly one and the same, and Porsche’s global support behind the 911 are great contributors to their decades of success.  I am very happy to be back with such a strong organization and look forward to contributing to both GAINSCO and Porsche’s success in the 911 GT3 R.

Led by veteran team manager Terry Wilbert, the GAINSCO team will take residence at the new Porsche Motorsport North America headquarters in Carson, California through the month of December. The team will spend the time learning and preparing their new equipment, while team engineer John Ward familiarizes himself with the new Red Dragon’s aerodynamic and chassis capabilities.  The team will complete a “shakedown” with Jon Fogarty at Buttonwillow Raceway north of Los Angeles just before Christmas.  A rigorous test program is scheduled through January and February which will prepare the team for their competitive debut at the Pirelli World Challenge season opener, Grand Prix of St. Petersburg (FL), March 10-12, 2017.