You, like me, are probably perplexed at the existence of “coupe crossovers,” which are neither coupes nor traditional crossovers, but more like lifted sedans with sloping rooflines. Such is life, and for the sake of this review, I will refer to the 2020 Mercedes-AMG GLC 43 Coupe I recently tested as a crossover, even though it… ok, you get the point.

As the name entails, the GLC Coupe is the slopey, look-at-me version of the brand’s best-selling model: the GLC SUV, which is an actual crossover. In AMG 43 trim, it’s nipped and tucked to make it look more muscular and athletic. Under the hood, a 3.0-liter twin-turbo inline-six is boosted with more ponies, while the nine-speed transmission, all-wheel-drive, and air suspension get sporty tuneups to boost character and widen smiles. The AMG 43 produces 385 horsepower and 384 pound-feet of torque, compared to 255 HP and 273 pound-feet in the less-glamorous GLC 300. It'll do zero to 60 mph in a more-than-respectable 4.7 seconds, too, so you won't hold anybody up.

More importantly, it’s adorned with a total of 16 AMG and Biturbo badges to remind you that you’ve done something right in life.

Recently, I had the chance to give this Benz a real-world test to see how it fared in family duty. This came in the shape of a weekend trip designed to give our young daughter a much-needed break from the four walls she’s been living in for the last four months. Admittedly, we were all happy to escape city life for a few days, but I was most stoked to hit the open road and let an AMG devour some miles—something that like probably most of you, I haven’t done in a very long time for obvious reasons. This was, in fact, our first time leaving our house for more than a few hours since early March.

Ahead of the trip, my 8-year-old daughter was very clear about her one and only request: bringing her bicycle. Without giving it much thought, I told her it wouldn’t be a problem. After all, I knew we were bringing along a crossover. Within minutes of Mercedes-Benz kindly dropping off the GLC with a full tank of gas at my house, I opened the rear hatch and realized I had a problem. :: Cue in dramatic music ::

There are many reasons why people love crossovers. Most commonly it’s because of their seating position, roomy cabins, and spacious trunks. This crossover, however, only shared two of those characteristics.

Coupes in "crossover" and four-door (aka sedan) forms have been all the rage recently, especially with Mercedes-Benz and its go-fast division AMG. It currently produces multiple four-door crossovers with the Coupe moniker and then there's the AMG GT Four-Door Coupe that Mercedes refuses to call a sedan. It's all quite maddening, given the fact that the argument here is that "coupe" has everything to do with the sloping roofline and not the number of doors. Fine, whatever.

In order to make these even more appealing, brands like Mercedes and BMW have, respectively, dropped big ol' engines in them with gobs of horsepower to convince folks that these are hip crossovers with sedan-like handling capabilities. The big sibling of the GLC 43, the 63 S version, for example, pumps out a stupefying 503 horsepower from its twin-turbo V8. Basically, the strategy is: here's all this power and a handsome silhouette, now forget about the piss-poor practicality.

Back to my bicycle dilemma. Upon my first close look at the trunk, I realized that not only does the top of the rear bumper sit considerably higher than in a regular crossover, meaning that you have to lift items higher to load them into the car, but the opening itself looks (and is) incredibly narrow and shallow. It looked like I wasn’t going to have room for the weekend essentials, let alone a freaking bicycle.

Over the years, I’ve shoved that same bicycle in dozens of vehicles, most recently in the Alfa Romeo Stelvio Quadrifoglio, so I had a pretty clear-cut idea of what that operation looked like. Usually, all I've to do was fold down one of the rear seats and lower the handlebars a couple of inches so they’d clear the roof. Not so fast with this Benz.

In order to fit the bicycle through the GLC’s funky trunk opening, I had to remove the handlebars entirely and fold down both back seats in order to lay the bicycle on its side. Folding the seats was easy-breezy thanks to two buttons conveniently located in the trunk, but positioning the bicycle once inside wasn't. It involved me climbing in through the rear passenger door and dragging the darn thing on its side until it could stand upright again and I could carefully position the front tire between the folded seatback and the front passenger seat. If you think that’s overly complicated, you'd be right.

I had found a way to not let my kid down, but I also had to make sure I didn’t disappoint my wife, so I also had to fit all of the food, drinks, and recreational crap we were taking with us. This meant I had to stuff a large cooler, suitcase, two backpacks, fishing rods, a Disney's Frozen tackle box, and several grocery bags on top of the bicycle in the sprawling 17.7 cubic-feet of space I had to work with. For comparison, the GLC SUV offers 19.4 cubic-feet of cargo volume but a normal trunk opening.

Remember what I said about the bumper sitting higher than usual? This may not sound like a big deal, until you try to lift a 100-pound cooler off the ground to near waist-level. Listen, I ain't no Crossfit gym rat, ok? I'm loud and proud of my dad bod. The trick air suspension, or what Mercedes calls “Air Body Control,” came in handy by lowering itself at the touch of a button. If you're constantly going to load and unload big stuff from this trunk, you might want to invest in some sort of scuff guard, because there's hardly a lip on this thing, and you don't want to ruin that snazzy paint.

In the end, and after going through about six different configurations, I made it all fit. Okay, I told my wife I "forgot to pack" a few things, but in reality, they just didn't fit. Regardless, it's not like we were ill-equipped for our trip, and all that mattered was that my daughter had her bike.

It's not that the GLC Coupe is hopelessly unpractical, or that it's a terrible family vehicle. Not at all. If I owned one, I would make my life a heck of a lot easier and simply get a bike rack. If I really wanted to go all out, I'd also get a roof box and expand my cargo space even more. That being said, keep in mind that we only packed for three people for three nights, so if you have a bigger family you're going to need to get creative, my friend.

The thing with the GLC Coupe is that it makes the available space less accessible, and therefore very difficult to take advantage of every cubic foot of trunk space, which is kind of the reason why most people choose a crossover over a sedan. I even had problems closing the tailgate with our cooler near the C pillar, which forced me to move it a few inches to the center so it would comply with the curvature of the rear windshield and award me a few more inches of space. It's that tight.

If you're single, or don't have kids, or have kids who don't feel the need to take their bikes everywhere, you will most likely love the GLC 43 for the A+ crossover that it is. Despite the regular hate these coupes get from the auto enthusiast community, I think this thing looks the business, goes like hell, and it is an absolute joy to drive on the highway and backroads alike, as we've covered in-depth before.

So, don't let my daughter deter you from getting one, just make sure to buy the roof rack. 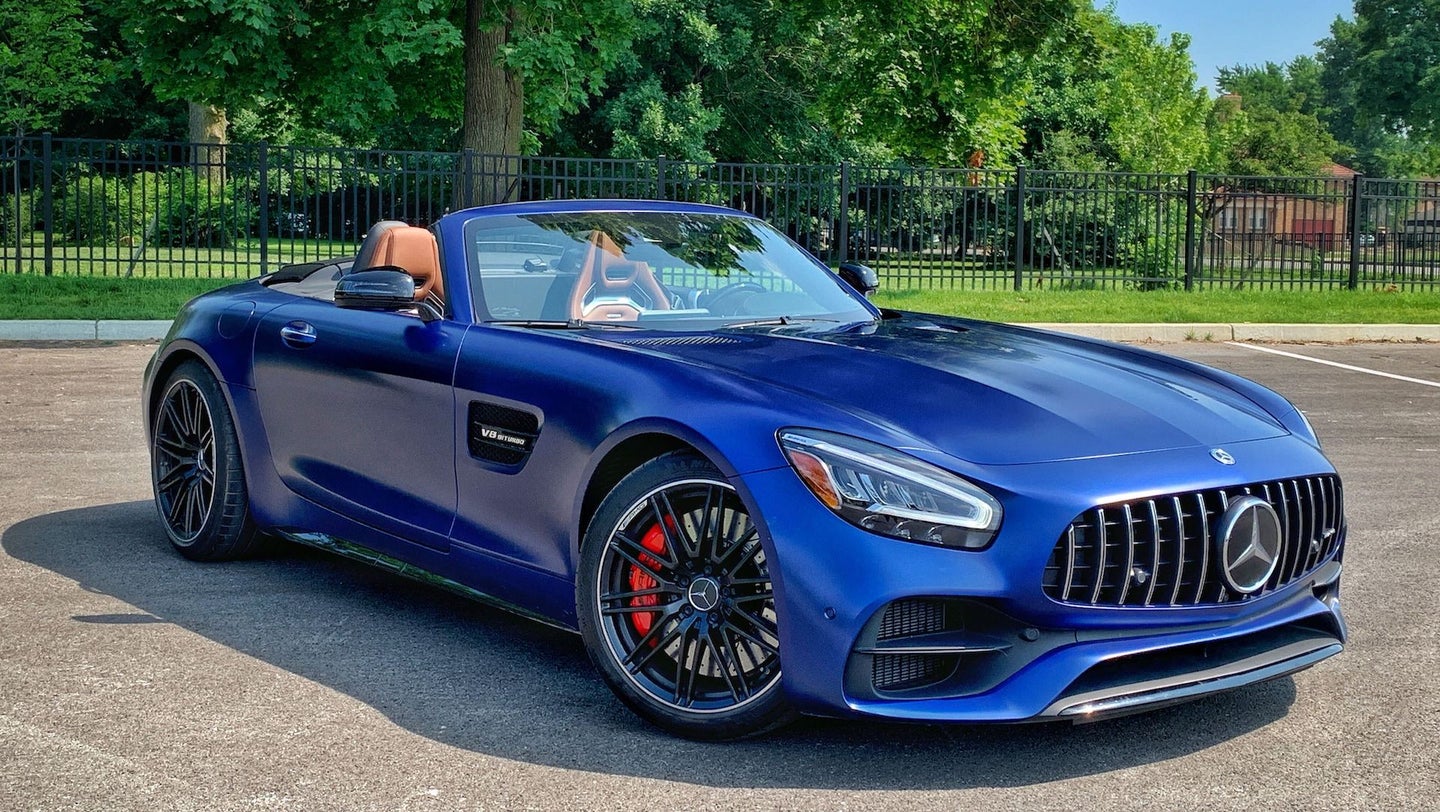 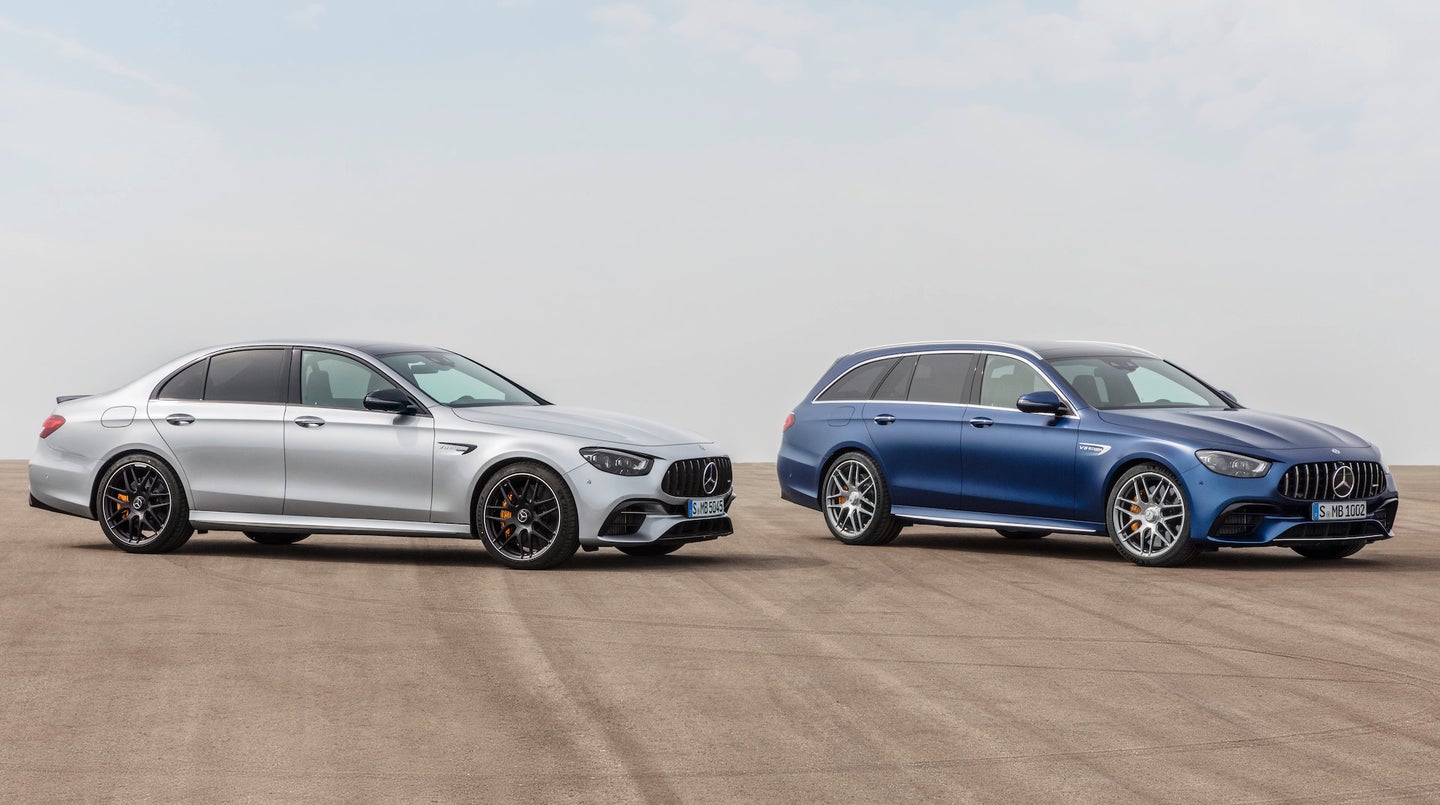 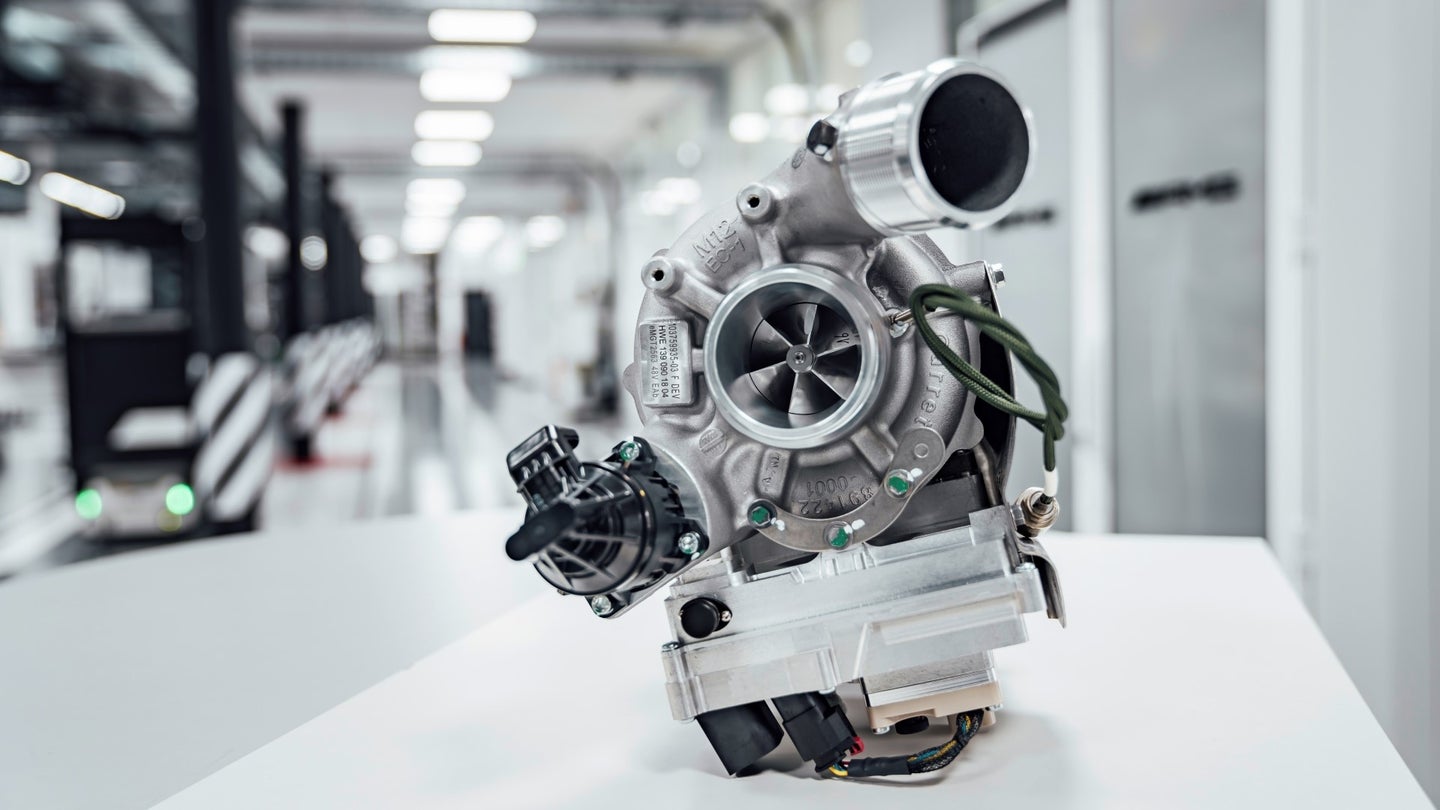