I'm Testing a $9K Electric Mountain Bike Designed by Mate Rimac. What Do You Want to Know? 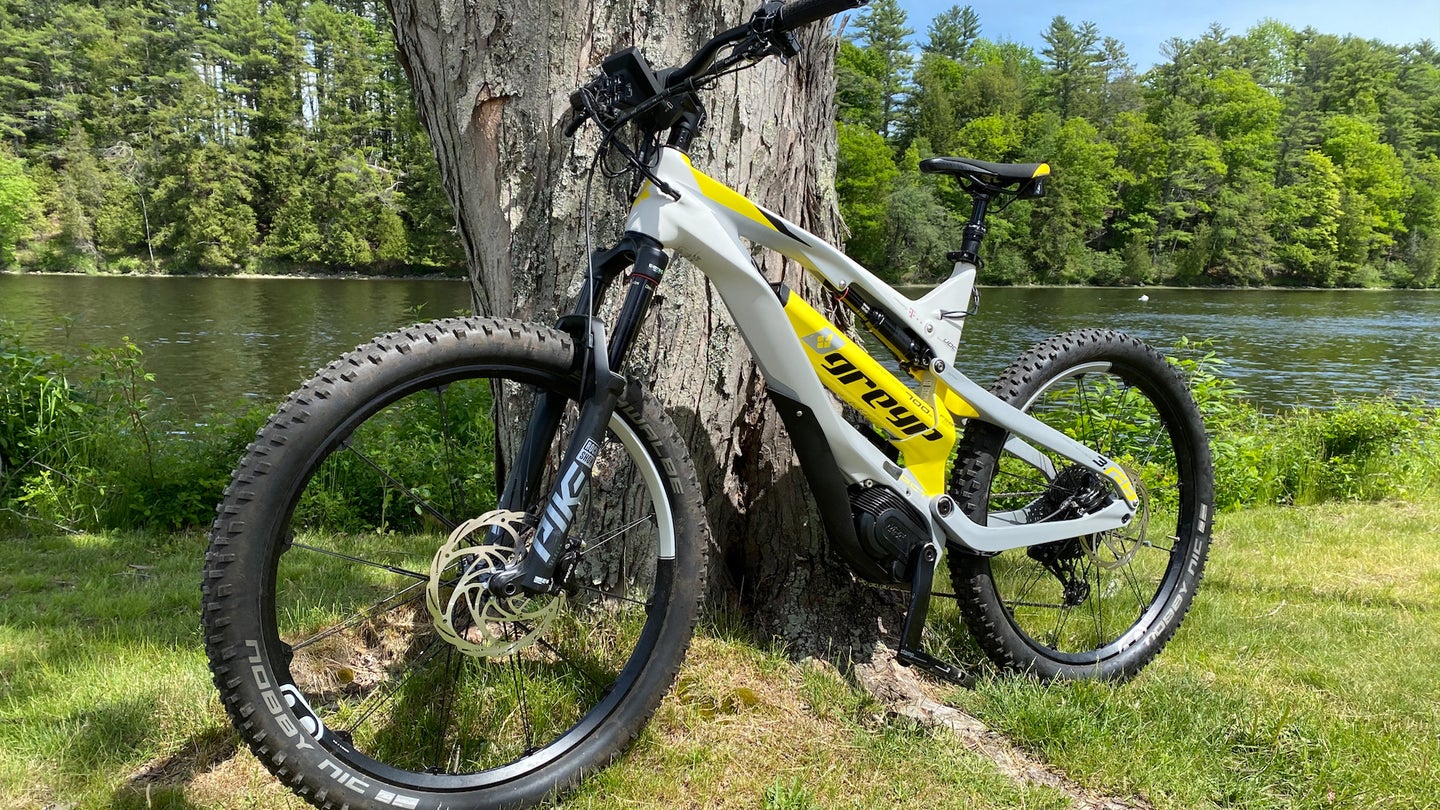 When my phone rang and the person on the other end of the line said they were working with Mate Rimac—yes, that Rimac—I was sad to hear that I wasn't going to be testing a new C_Two electric hypercar. Though, this might be the next best thing for fans of the Croatian wizard: an electric-assist mountain bike by Greyp, a bicycle company founded by Rimac and a handful of his engineers over a decade ago.

The Greyp G6.3 looks like a traditional bike, but it's about as closely related to your old Trek as an iPhone 11 is to a Palm Pilot. A built-in 4G eSIM from T-Mobile keeps the bike connected to the internet and enables over-the-air software updates, front and rear hi-def video cameras allow hands-free footage capture, and an array of sensors keep track of the bike’s location and operating condition. The bike's speed, power assist level, and other information are displayed on a screen mounted to the handlebars, which also shows the rider's heart rate if the included monitor is in use. Greyp's smartphone app can turn the rider's phone into a replacement display, and when in use the built-in screen becomes a mount. The iPhone or Android app adds navigation and controls the bike's camera functions, among other things.

All of that gadgetry is on top of the fact that the G6 is legitimately impressive from a hardware standpoint. Greyp brought me its top-of-the-line model, which uses 36V, 700Wh lithium-ion batteries to power a 460-watt motor that has custom firmware and OTA updatability. The bike also features a a Rosenberger RoPD C003 magnetic charger, a T700 carbon fiber reinforced composite frame, Rock Shox suspension all around, and Formula Cura 4 brakes with 203mm rotors front and rear.

The bike's power-assist output is adjustable to one of five levels, but delivery of that juice is variable, depending on the bike’s gear and the rider’s level of effort. And if the heart monitor is in use, the G6 will supposedly step in and provide more assistance if it senses the rider is in over their head. As someone who doesn't bike normally, this was the feature that made me most excited. Telling me that the bike will not only go fast enough to break the speed limit in my neighborhood, but will also pull my lazy bum up a hill if I'm out of breath is a game changer.

But for $8,999, it really needs to wow. We’ll post a full review on the Greyp G6 soon, but in the meantime, whaddya want to know about it?