The Front-Wheel-Drive Honda Ridgeline Is Canceled 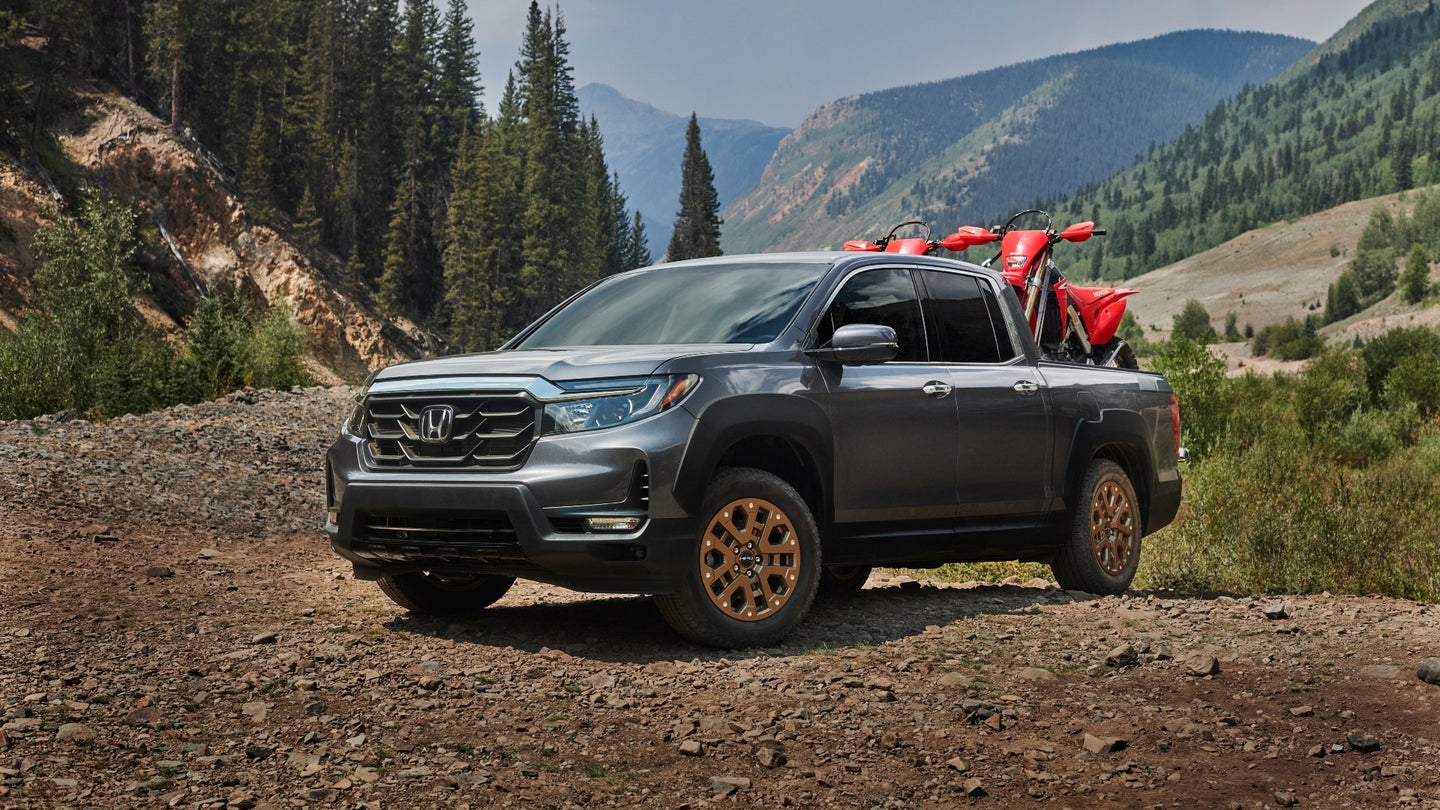 Despite quietly being one of the best pickups for most Americans, the Honda Ridgeline has always gotten a bad rap from the vocal majority. That's often due to its unibody construction and front-wheel-drive platform, making it an easy target for folks who hate anything that's not body-on-frame and over 6,000 pounds. The current generation Ridgeline has always offered all-wheel drive, though, and for the 2021 model year, it'll be standard equipment, making the FWD Honda truck a thing of the past.

With that in mind, the Ridgeline will now start at $37,665 including destination. That's roughly $2,500 more than the outgoing base model, though the 2021 also wears a new, more aggressive face aimed at appeasing a larger portion of the United States' truck market. The same 3.5-liter, naturally aspirated V6 carries over with Honda's nine-speed transmission as the lone powertrain option.

Pricing goes up from there with additions like the $2,800 Honda Performance Development (HPD) package. For that, you'll get fender flares, bronze wheels and new graphics that reflect the Ridgeline's attempt at being more rugged and outdoorsy. Still, that aforementioned facelift is present on every model from the entry Sport model all the way up to the $45,095 Black Edition. Buyers looking for something in between the two can spring for the $40,645 RTL trim or the slightly up-market RTL-E that starts at $43,595.

Work capabilities for the Ridgeline are propelled by that 280-horsepower V6, which helps it tow a maximum of 5,000 pounds with payload capacity peaking at 1,580 pounds. You might laugh, but the latter is only 10 pounds shy of the Chevrolet Colorado, a midsize truck that most people seem just fine with. Oh, and the 702-hp Ram TRX with its half-ton platform can handle just 1,300 pounds thanks to its active off-road suspension.

This all makes sense for Honda as it looks to boost Ridgeline sales and at least put it in line with its American competitors. In 2020, it was outsold by every other midsize pickup aside from the GMC Canyon, and really, it deserves better than that. It'll officially hit dealer lots on Feb. 2, and at least now you can't complain about wrong-wheel drive.