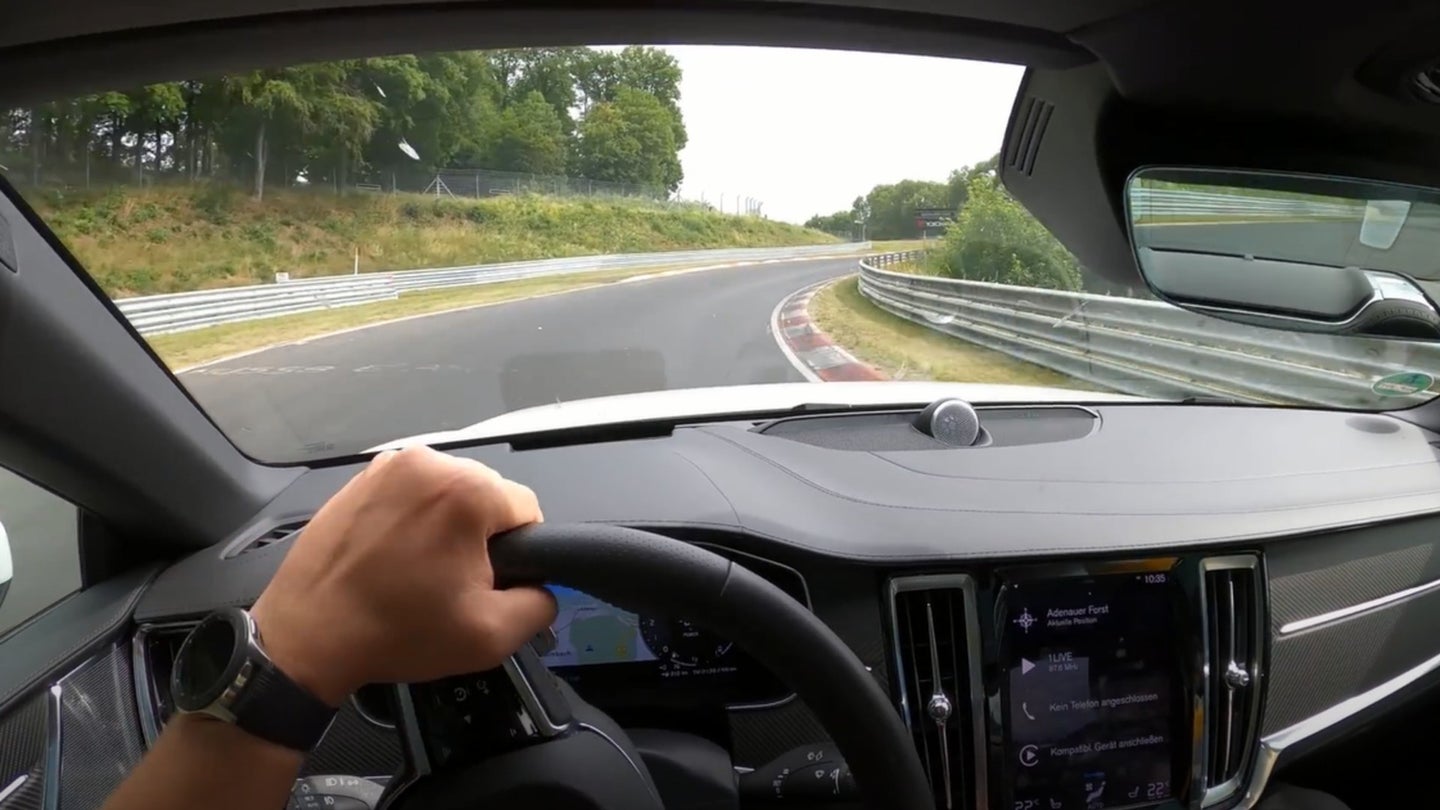 While the 619-horsepower Polestar 1 hybrid coupe is certainly fun to look at, we're more interested in seeing it run flat-out. There are few better places to do that than the Nurburgring and when you've got such a high-powered sports car at your disposal, it's tough to do anything but hammer it through the track's 12.94 miles of twists and turns. Luckily, Nurburgring ace Misha Charoudin was able to test the Polestar's mettle, and apparently, the Swede lives up to the hype.

Charoudin uploaded the run to his YouTube channel, starting with a brief drive to the Nürburgring. Of course, this in itself is a treat as it's as close as you'll come to a real-life Forza Horizon festival. Porsches, BMWs and hot-hatches outnumber regular vehicles on the road, showing you've really arrived at the car enthusiast holy land.

When you're a Nurburgring regular like Charoudin, who knows the entire Nordschleife by memory, you get a so-called "fast pass." He flashes his pass and enters the track as smoothly as merging onto a freeway. From then on, the quiet and beautifully styled Polestar 1 turns up the volume and attacks the tarmac.

The Polestar 1 incorporates a 2.0-liter four-cylinder that's both turbo and supercharged. It's mated to an electric motor in the front engine bay, along with a pair of 114-horsepower electric motors at the back. Because of this, the Polestar 1 has a total output of 619 horsepower and 738 pound-feet of torque. You can hear all of it being put to work here as it carves up the track while making it look easy and breezy.

One downside of Polestar's flagship is that it tips the scales at just under 5,200 pounds. To put it in perspective, a 2020 Dodge Charger SRT weighs roughly 4,600 pounds. Nevertheless, after watching the POV lap, you'd never guess the Polestar 1 was carrying all the weight as it moves gracefully without too much body-roll or the front end washing out.

It might not have been built for the race circuit, but it's nice to know it's got just as much as "go" as it does "show."

It’s got a manual sunroof and ratchet straps for engine mounts.

The New Volvo Polestars and a Dry-Making Marmot Jacket: The Evening Rush

Spring is sloppy: stay dry in a hot Volvo wagon or a cool raincoat.