It’s not the same as lane-splitting at speed—but it can be just as good for traffic flow and rider safety. 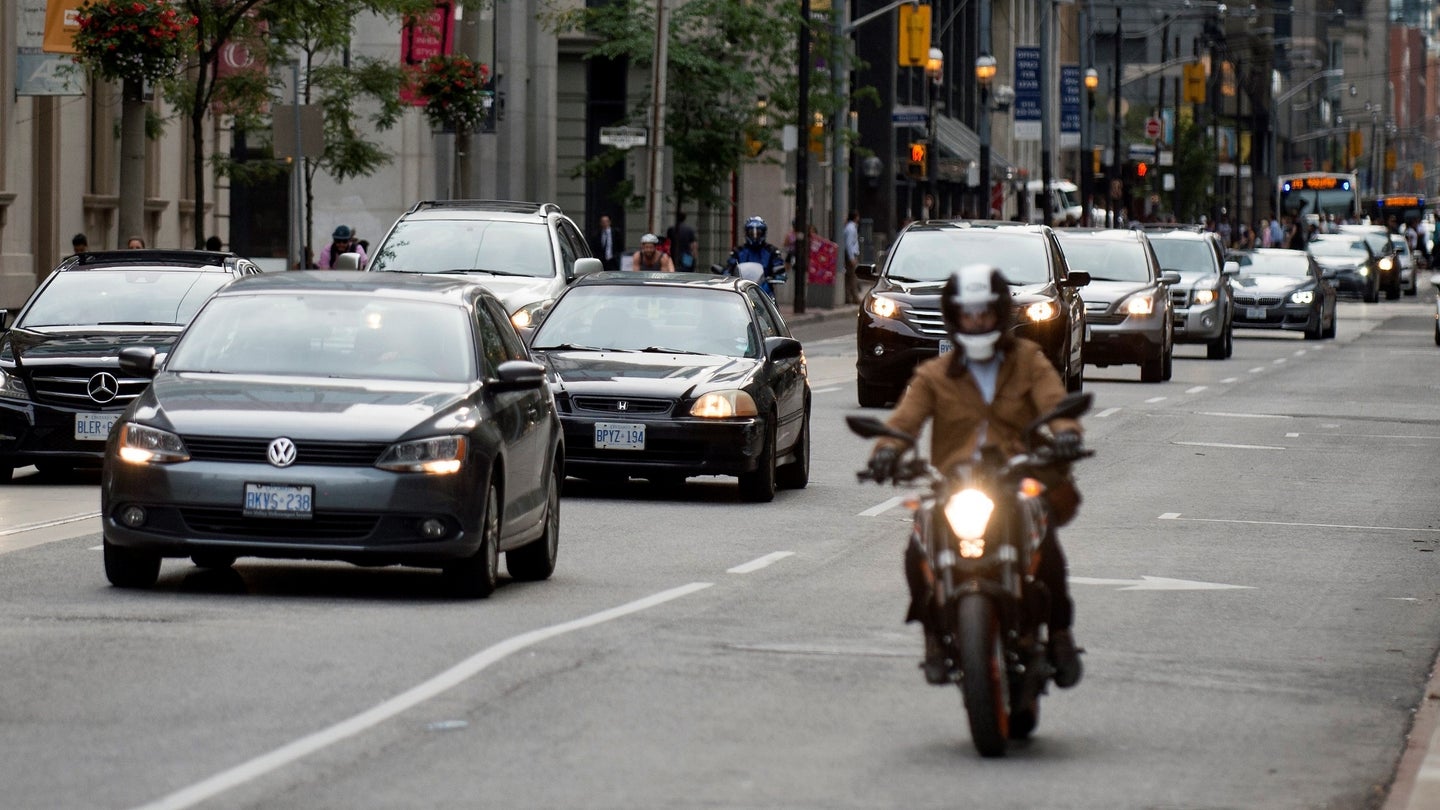 The largest city in Canada could become a slightly safer place for motorcyclists in the near future, as the Toronto city council has reportedly voted to examine the idea of legalizing lane filtering at stoplights, according to the CBC. Not to be confused with lane-splitting, lane filtering is where motorcycles are allowed to ride between cars stopped at a traffic light and travel all the way up to the stop line, then get a jump start when the light turns green.

The idea has been pushed by motorcyclists in and around the heavily-trafficked city for years, and should the council vote on approving a proposed pilot program, lane filtering would soon be allowed on Richmond and Adelaide streets in downtown Toronto—two of the busiest streets in Toronto.

"Stuck in traffic on a motorcycle, it's a pretty scary place," Councilman Anthony Perruzza of Toronto’s Ward 8, who also brought the motion for the pilot program before the council, said to the CBC, "Especially when you look in your mirror and the person behind you is on their phone or completely distracted."

Getting the word out to Toronto motorists is an important part of the plan so they know what’s going on when they see motorcycles going between lanes. "There would have to be a bit of an educational campaign connected to that,” Perruzza said, "so that people in cars and people on bicycles and pedestrians understand what filtering is."

Lane filtering could be a step towards lane-splitting which isn’t currently legal anywhere in Canada. Lane-splitting is common in Europe and California recently became the first U.S. state to legalize the maneuver.

Canadian officials say there are “no national security connections” to the attack.

The Rides At The Green Living Show 2018 in Toronto

In Toronto this Sunday? Here’s your chance to see cars that are making a difference under one roof.