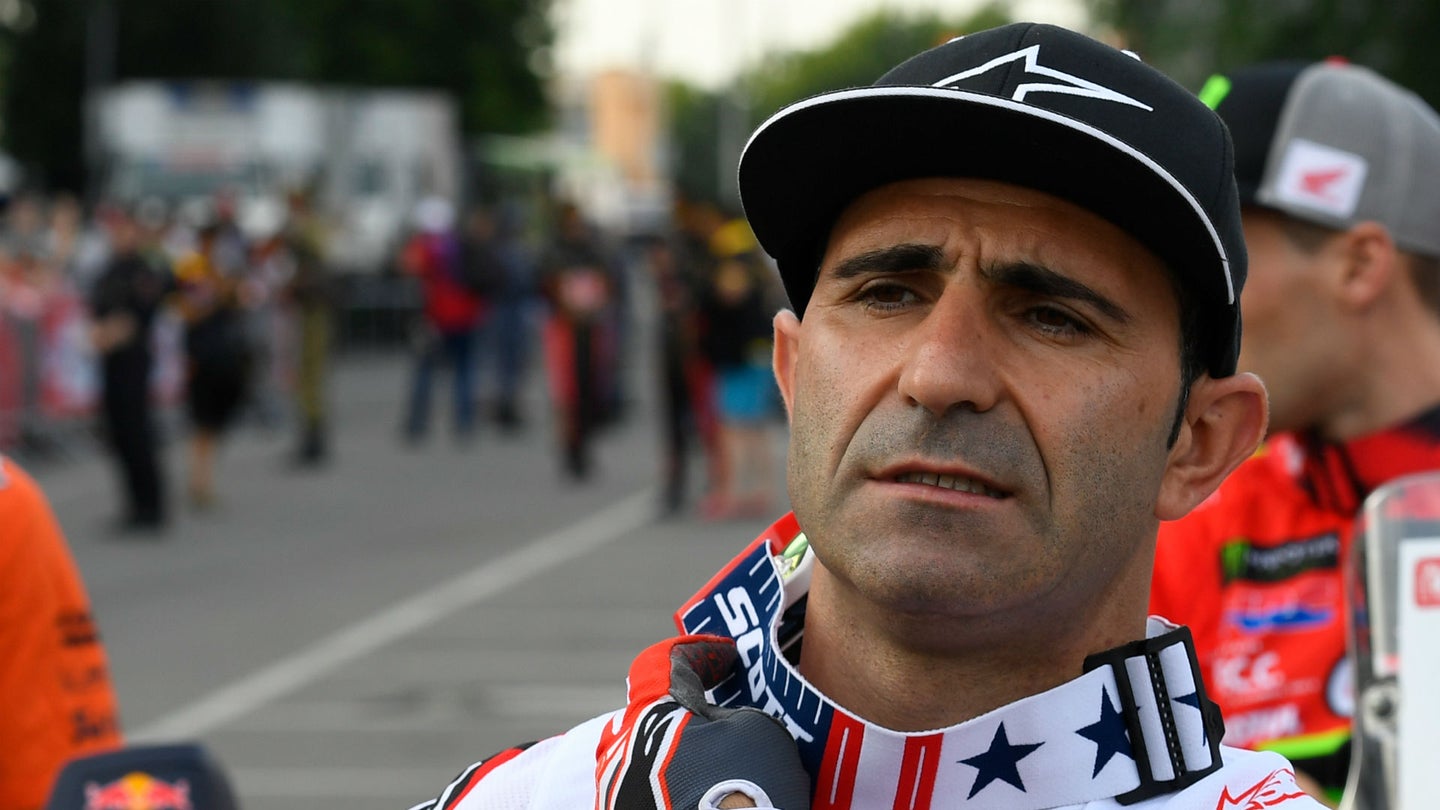 Veteran motorcycle racer Paulo Goncalves passed away Sunday due to injuries sustained from a fall during the 2020 Dakar Rally. He was 40 years old.

Details of the incident are relatively scarce, although it's known that Goncalves was near the halfway point of Sunday's Riyadh to Wadi Al Dawasir stage in Saudi Arabia. At 10:16 a.m. local time, he crashed and a medical helicopter was dispatched. Upon the emergency crew's arrival, Goncalves was unconscious and had entered cardiac arrest.

Motorsport reports that he was airlifted to Layla Hospital where he was pronounced dead.

Goncalves is the first Dakar competitor to pass away during the taxing desert race since Michal Hernik in 2015.

The Portuguese rider was competing with Indian motorcycle manufacturer Hero in his 13th-ever Dakar Rally. Since making his debut at the race in 2006, Goncalves accumulated two top-10 finishes—one in 2012 and another the following year. He raced for BMW, Husqvarna, and Honda before his tenure with Hero and specialized in cross-country enduros for most of his professional career.

Many might remember Goncalves from his heroic crash recovery in the 2016 Dakar Rally. Despite being thrown from his bike and into the Atacama Desert sand, the seasoned rider checked himself and continued on the route with essentially zero downtime.

Prior to his passing, Goncalves had finished in the top-10 each of the past three days prior to the event's mid-rally rest day.

This serves as a reminder that despite massive safety innovations in modern motorsport, death is very much a possibility for those that continue to compete. From the realms of long-distance desert racing to short-format competition, there's no shortage of danger associated with the sport.

Kamaz truck driver Andrey Karginov claims he simply didn’t see the man he injured as the truck was ascending a large sand dune.