With his 30th career victory at Thunder Road Speedbowl, Phil Scott became the first sitting governor ever to win a stock car race. 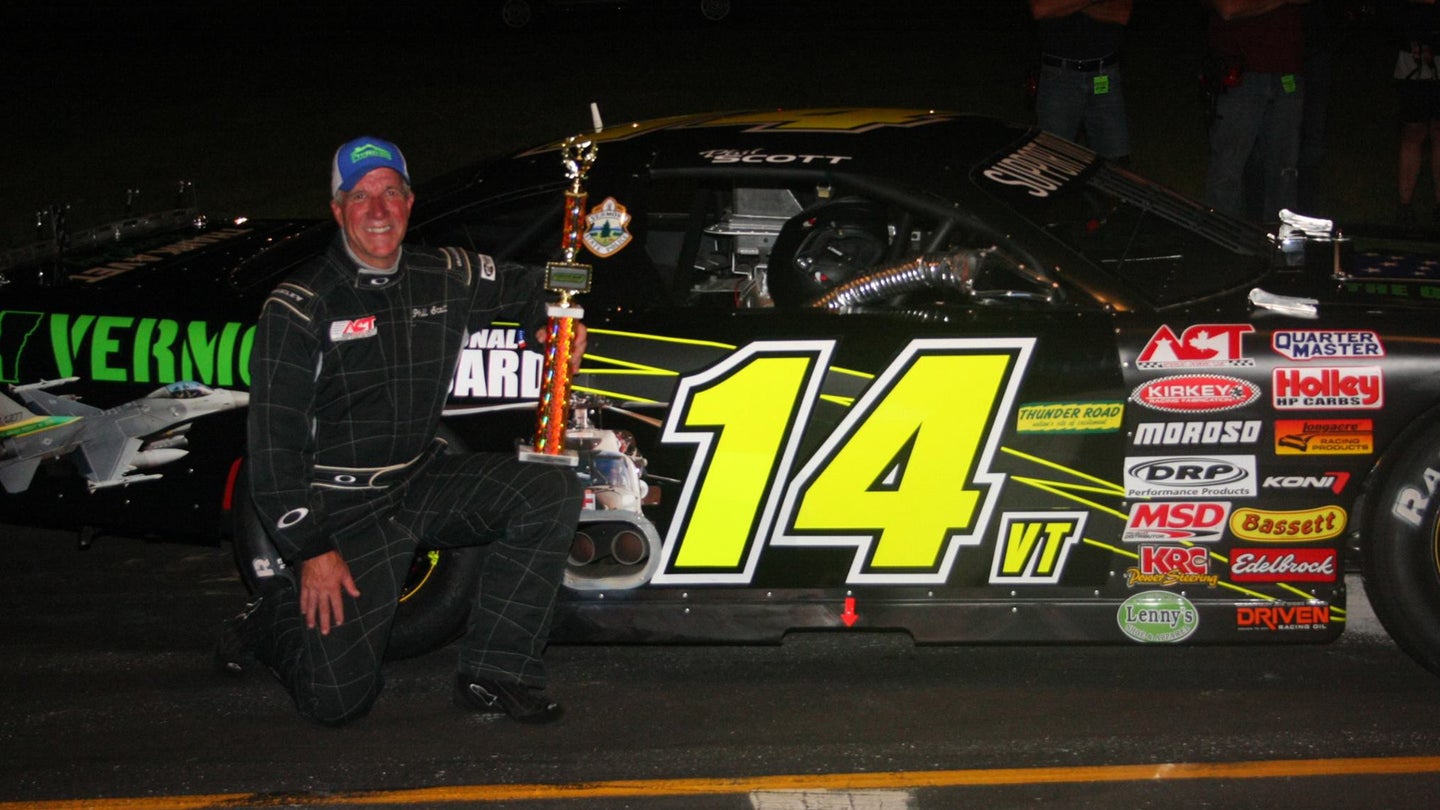 When Phil Scott was elected governor of Vermont last year, he had to sell his stake in his family's construction firm and leave behind his old life to avoid any conflicts of interest. However, the same can't be said for his 27-year (and counting) stint as one of the state's top amateur stock car racers.

This is no secret to the fine people of Vermont, but Governor Scott's short track skills are now drawing national attention. The sixty-year-old head of state scored his 30th career victory at Vermont's Thunder Road earlier this month in dramatic fashion, holding off several challengers in the Late Model Series to take the checkered flag and become the track's all time wins leader - and the first sitting governor to ever win a stock car race of any kind.

"We knew Phil and worked with Phil before he was even a state senator, never mind governor. To us, he’s still just Phil," Thunder Road media director Michael Stridsberg told the Associated Press. "Once he walks through those gates, to us he's not the governor, he's just Phil Scott, the race car driver. We treat him the same as every other race car driver in the pits."

That's probably just the way Governor Scott likes it. He's called stock car racing "something that's in my blood" and clearly revels in the time he gets to spend behind the wheel of his #14 Chevrolet. The language of the track even finds its way into his political conversations.

"Some people are pretty aggressive in politics, and I've always maintained that if you treat others with respect, you make mistakes at times, when you get into somebody, you get into their back bumper at times, you spin them out. You own up to it," Scott said, according to AP. "You go find them and you talk to them about it, you work it out."

And despite the inherent risks in stock car racing, the governor is keeping at it. Last Thursday, just a week after his record win, Scott violently crashed out of Thunder Road's annual Vermont Governor's Cup 150 while competing against a field that included NASCAR veteran Kyle Busch. Uninjured, he gamely presented the trophy to the victor after the race.

The Governor of New York Has Never Seen a Ferrari

Not if he thinks NYC’s new bus looks like one.