Skip Barber Reminds Us That He's Not Bankrupt, The School Is

Don't get it confused. 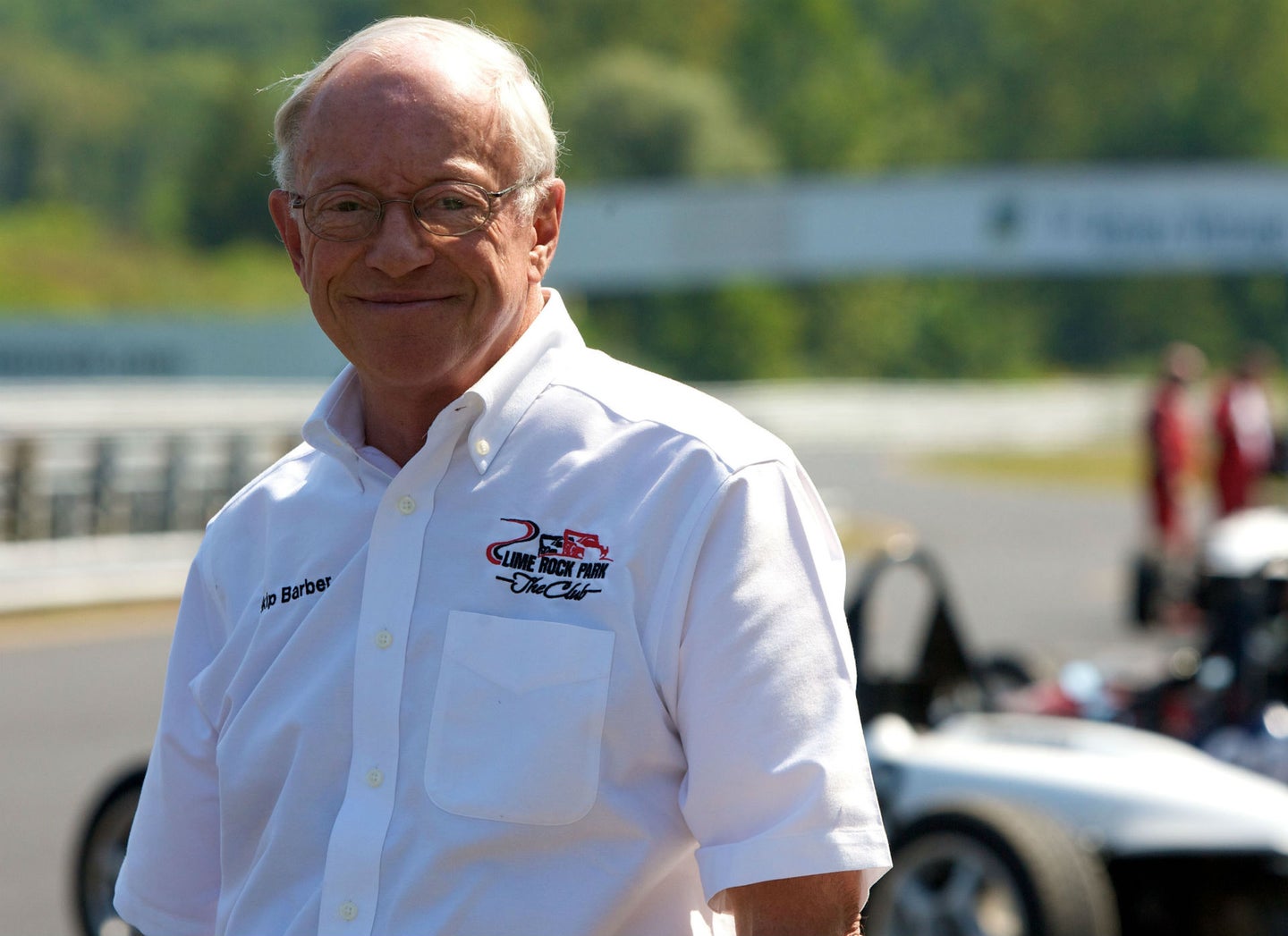 Confusion arose when Skip Barber Racing School filed for bankruptcy in May after owing more than $10 million to creditors. Some understood correctly that the long-loved driver's education program had gone under, but apparently, others thought that Skip Barber (the person) went totally broke. That wasn't the case, and Barber wants to make sure you know that.

Barber, 80, claims that he has read false reports which said that he himself had also declared bankruptcy, making an automatic assumption that he and the school were synonymous. But as he has pointed out, that's not the way it is.

"It has come to my attention that there are some people both inside and outside the motorsport industry who erroneously concluded that the bankruptcy filing of the Skip Barber Racing School is somehow connected to me. I’ve even heard reports that ‘Skip Barber,’ referring to me, is bankrupt," Barber said in a press release. "I sold the school in its entirety nearly two decades ago (1999)."

Some may have forgotten it, but Barber hasn't had any hand in the school since before the turn of this millennium. Instead, the driving academy retained his name to keep its legacy alive and further validating its credentials.

"To be clear: I have not filed for bankruptcy. Lime Rock Park is in fine financial shape. There is nothing connected to the Skip Barber Racing School’s attempt to re-organize its business under bankruptcy law that’s connected to Lime Rock aside from its outstanding debt to the track."

"Lastly, I want to thank the local, national and international news outlets who, in their very first reporting of the school’s bankruptcy filing, made it clear that I have no connection to the Skip Barber Racing School."

So in the future, make sure to differentiate the two. Otherwise else Skip might put you on his blacklist.