Rally Drivers Think WRC Should Do Away with 'Stupid' Artificial Jumps 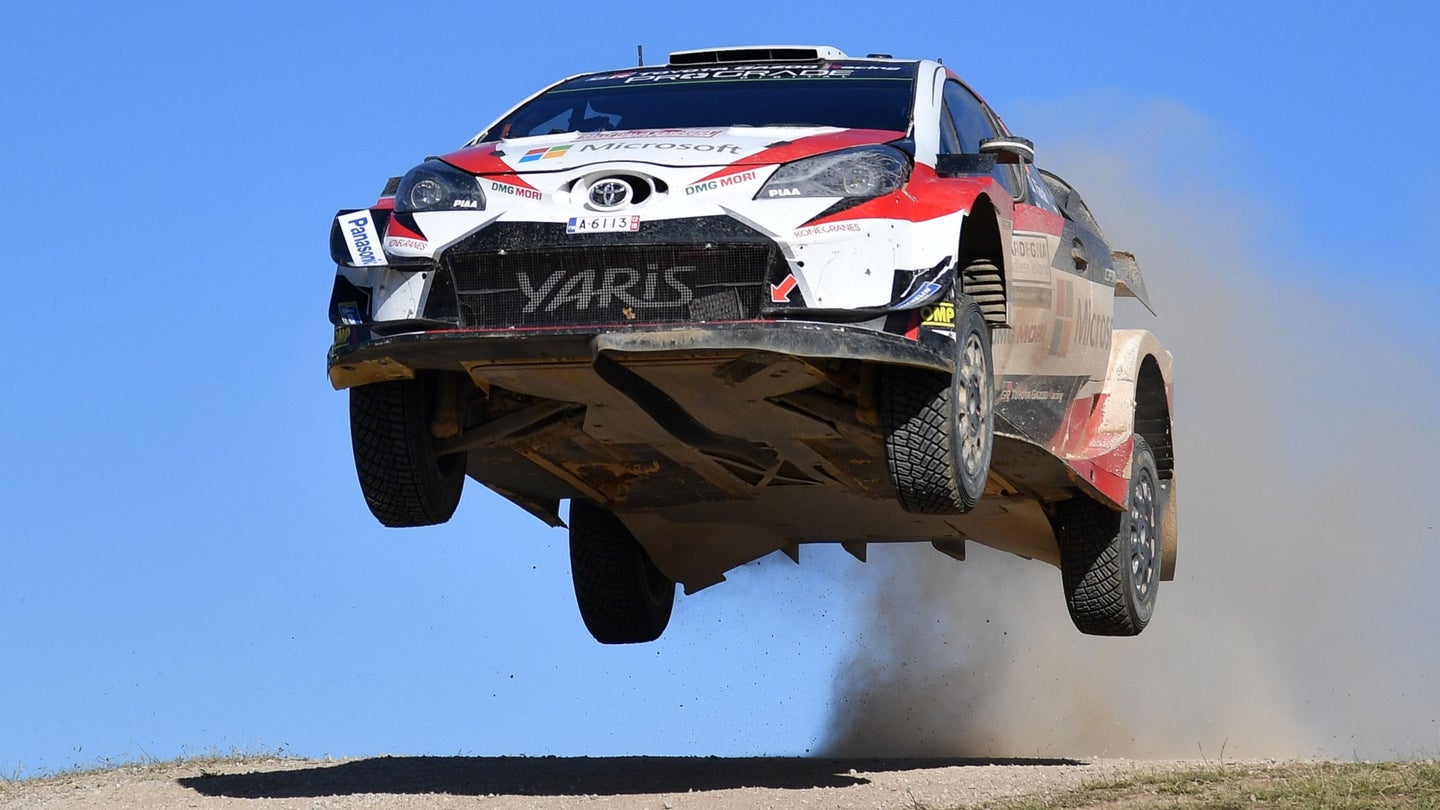 While cars only take to the air in NASCAR and Formula 1 after something has already gone incredibly wrong, in the World Rally Championship it is a routine occurrence and part of the sport's appeal. However, drivers are speaking out against the artificial jumps that have been added to some recent rally stages as being unnecessary and dangerous, reports Motorsport.com.

"We all agreed as drivers, it's not clever to build these artificial, short, kicking jumps in the middle of a long straight," WRC champion Sebastien Ogier told Motorsport.com. "I have nothing against jumps, I love it and they can make as many jumps as they want, but make them progressive and not the ramp so sharp and short. We come in sixth gear and it's stupid."

At last weekend's Rally Italia Sardegna, Toyota driver Ott Tanak hit one of these jumps on the Monte Baranta stage and landed nose-first. This damaged the cooling system of his Yaris and forced him to retire from the rally. Tanak had been running in third place overall.

"Some guidelines for building the jumps would be a good idea," Wilson told Motorsport.com. "Gaurav destroyed the front of his car on that jump. It's just not very sensible."

That's not to say that artificial jumps are entirely bad. One jump in particular held up as an example of how to build jumps correctly was on the Ouninpohja stage of Rally Finland, designed by none other than former WRC champion Tommi Makinen.

"You can go really flat over that jump, it looks good and it's easy on the car because we made it without a short [ramp]," Makinen told Motorsport.com. "There's no point to make something unnatural which is only breaking thing. For Ott, the suspension had no chance after this jump—he didn't land on the wheels, he landed on the front bumper!"

This is not the first time drivers have butted heads, and bumpers, over artificial ramps. The dearly departed Red Bull Global Rallycross series began with ramps made of steel, which had drivers jumping over another part of the track that went underneath the opening. After some nasty crashes in which cars fell short and crashed into the ramp, ramps were replaced with gentle tabletop style jumps that were built from dirt. Cars could still catch plenty of air, but the grades were more gentle and easier on the cars, plus there was no danger if a car fell short of leaving the ground.