‘In my opinion, we should be on the mainland where naturally people are,’ said Toyota Team Principal Tommi Makinen. 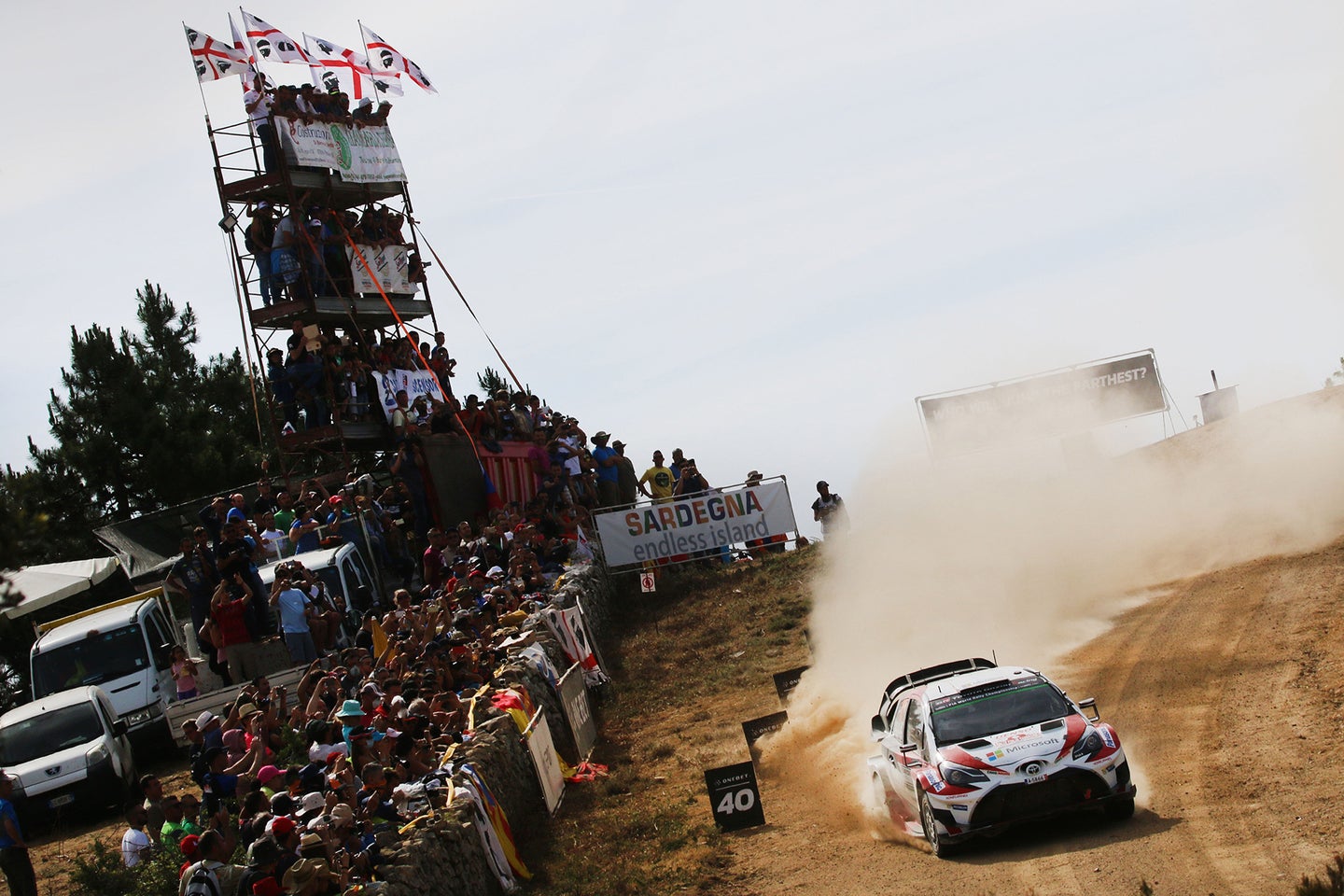 The Toyota World Rally Championship team is working to organize support for the boycott of the 2019 Rally Italy event if it stays on its current route of the island of Sardinia, according to a report by Motorsport.

Usually, when a driver, team, or owner complains about a race track or race course, it can be attributed to danger or increased unnecessary wear on vehicles. However, in this case, it's all about the logistics and the return on investment for racing at the location.

"In my opinion, we should be on the mainland where naturally people are," Toyota Team Principal Tommi Makinen told Motorsport. "The population here is too small and there are other things for the people to do. As well as that, did you find an easy connection to be here? The flights and logistics are too complicated."

The Italian round of the World Rally Championship was previously hosted on the mainland, which Makinen hopes to return to. It was held in the coastal city of Sanremo from 1973 to 2003 until it moved to Sardinia in 2004. The later years of the Sanremo event were run on all-tarmac whereas the current version of the Italian rally is held on the island's backcountry mountain roads.

Toyota's influence is surely a strong one considering its success in the sport. Just a few days ago, the team finished the 2018 running of the Sardinian event on the podium by grabbing third place. Whether or not other manufacturers support this notion is unknown, but as Makinen has made it public, fellow teams could soon voice their opinion as well.

"We know we are on the calendar for next year, we stay here [Alghero] in 2019 and we move to the mainland in 2020," a high-level anonymous source told Motorsport. They continued, "When we ran in October [2004 and 2012], everything was easier. The flights are less crowded, there are more options and we have more people—this is a good solution."

Only time will tell if Toyota's complaints will have any impact. The 2019 WRC calendar is still undecided and will be finalized later in the year.