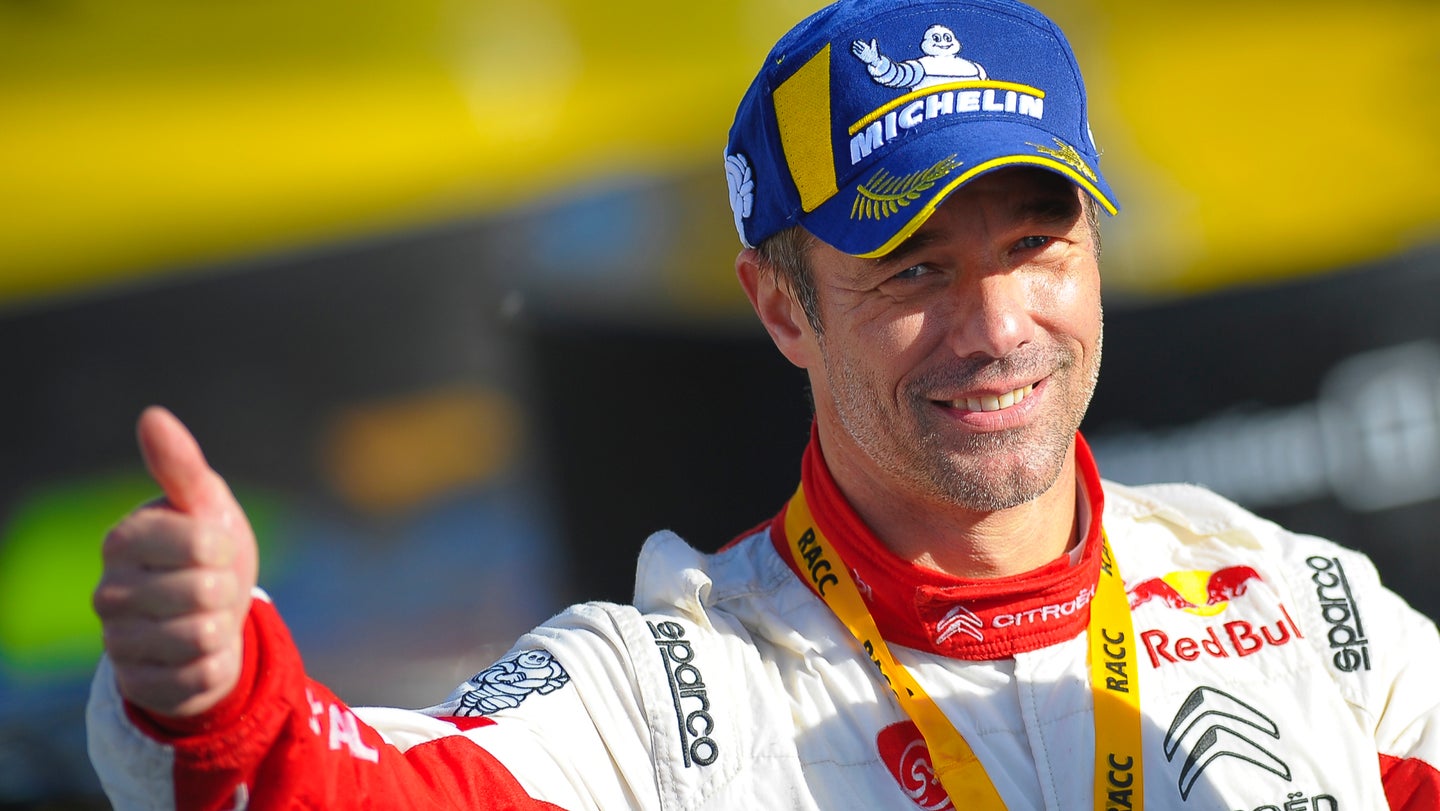 Sébastien Loeb won the World Rally Championship a record nine times in his career before retiring in 2012, among several other records he racked up in the sport. Yet he proved that he's still got it in a WRC car by winning overall at last year's Rally de España. So, naturally, Hyundai wants him on its squad for 2019.

Loeb has signed to do some World Rally Championship rounds for Hyundai in 2019, as confirmed by Hyundai WRC team manager Alain Penasse to Autosport. This is his first professional contract outside Groupe PSA, the French company behind Peugeot and Citroën.

It's also a good deal for Hyundai, whose car nearly won the Drivers' Championship this year in the hands of Thierry Neuville. Autosport understands that Loeb won't be running a full WRC season, but he will rotate in and out of Hyundai's driver lineup next year, just as the team did with Dani Sordo and Hayden Paddon in 2018.

Still, it's always good to have an extremely experienced driver on the team to help develop a WRC car. It's unlikely to see Loeb at the WRC's Monte Carlo season opener due to his participation in the Dakar Rally and Hyundai's assurances that there wouldn't be any surprise entries there. No details have been announced as to where Loeb will be competing, or what this means for Hayden Paddon. Paddon isn't competing in Monte Carlo, either, but was believed to be returning to Hyundai this year.

While it's a little shocking to see Loeb in a non-PSA rally car, it's not too much of a surprise that he would appear elsewhere in 2019. Every PSA works team Loeb competed with on a routine basis has been shuttered. Peugeot shut down the works Dakar Rally team that Loeb raced with for the past three years after 2018. Peugeot also announced that it was leaving World Rallycross after the 2018 season, which Loeb has also been competing with since 2016. Before that, it was Citroën's withdrawal from the World Touring Car Championship that left Loeb sans a WTCC ride after he competed there in 2014 and 2015.

Loeb is still racing a Peugeot 3008 DKR at Dakar this year but as part of a privateer team. He's currently testing that car in Abu Dhabi now, which is why Autosport was unable to reach him for comment on this report.

On top of that, the other dominant rally Sébastien—six-in-a-row WRC champion Ogier—is moving to Citroën this year. It would be funny if Citroën had some kind of non-compete clause where they could only have one extremely talented rally Seb at a time, else the two would be forced to duke it out Highlander-style. However, given that Ogier really wanted more manufacturer involvement from Ford and their non-committal on the manner led to him leaving M-Sport for Citroën, I suspect Citroën is going all-in on making their new star driver happy, thus leaving less room in the budget for Loeb to do the occasional WRC run.

Loeb's move to Hyundai means that we're getting more of the Seb versus Seb action we oh-so-crave next year, and it also connects him to a marque that's still involved in rallycross, should he want to return there as well. Good.