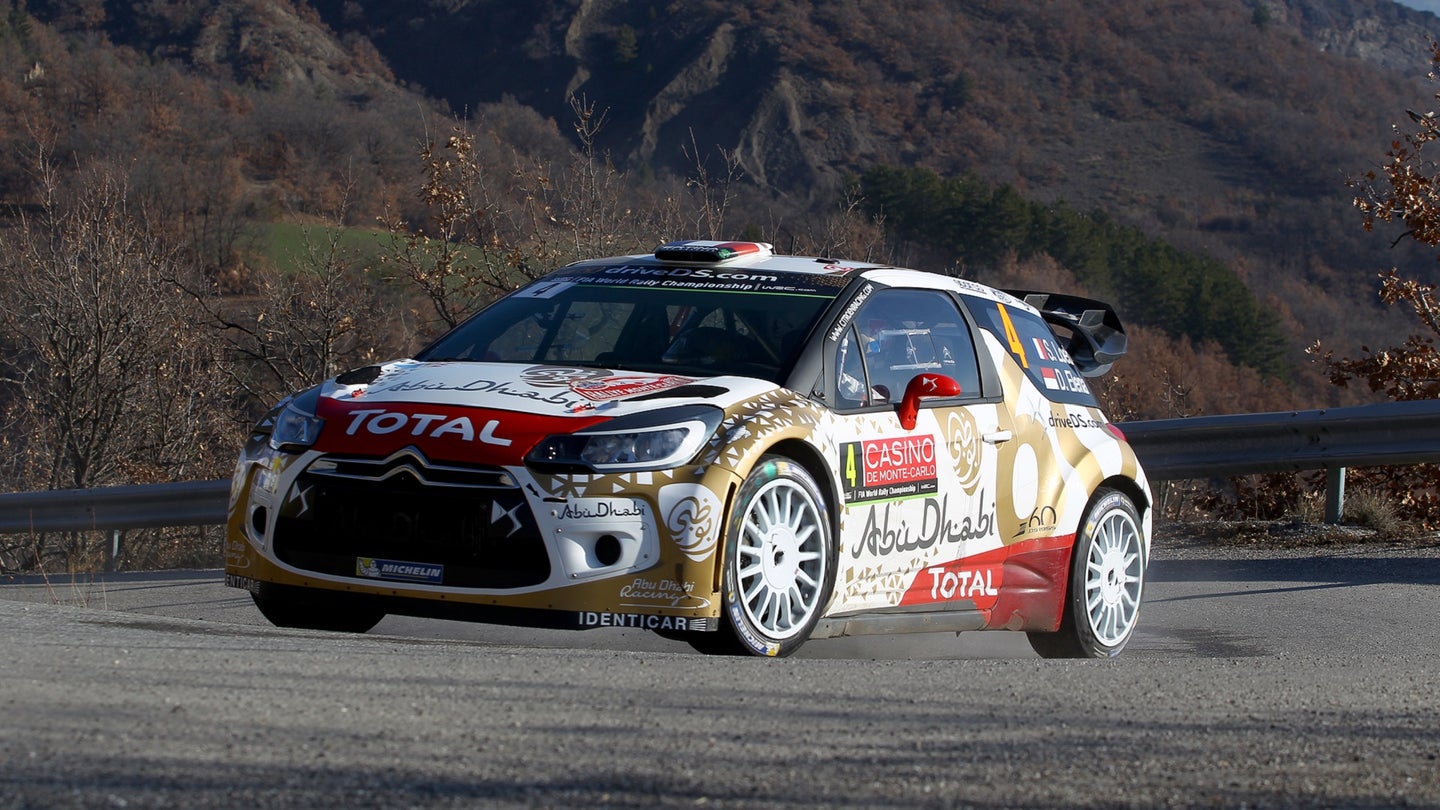 Sebastien Loeb dominated the World Rally Championship, winning 78 events and nine consecutive championships from 2004 to 2012 before retiring. Since then Loeb has dabbled in World Rallycross, LeMans, and even tested a Formula 1 car. But WRC has just announced that Loeb will be returning to his rally roots for the 2018 season.

Loeb's return should not significantly upset the overall championship, as he will only compete in three of the thirteen events on the schedule. He will replace Craig Breen in the Citroën Total Abu Dhabi line-up. Breen will drive the remaining ten events, while teammate Kris Meeke will drive all thirteen. Loeb and Elena will race in Mexico, Corsica, and Spain next year.

"We opted for Mexico since I have good memories of racing there and the route hasn't changed too much since I was last involved in the championship,” said Loeb. “I thought it made sense to take part in the French round, especially since I’ve always loved racing on Tarmac, although I’m not familiar with the current route of the Tour de Corse." Indeed, Loeb started as Citroën's tarmac expert, only mastering gravel and other more slippery surfaces with practice and experience.

“Spain seemed like a good option too," said Loeb. "And although I’m expecting it to be pretty tough given the time that has passed since I last competed there, I also wanted to contest a gravel rally."

Back in the day, WRC results were typically Loeb on top, then a race to see who would place where behind him. Most of Loeb's former competitors have left the WRC, and a new crop of younger competitors have replaced them. It will be interesting to see how they do against Loeb, who will be a valuable benchmark for judging their own performance. It's also a great opportunity for them to experience racing against a true rally legend.