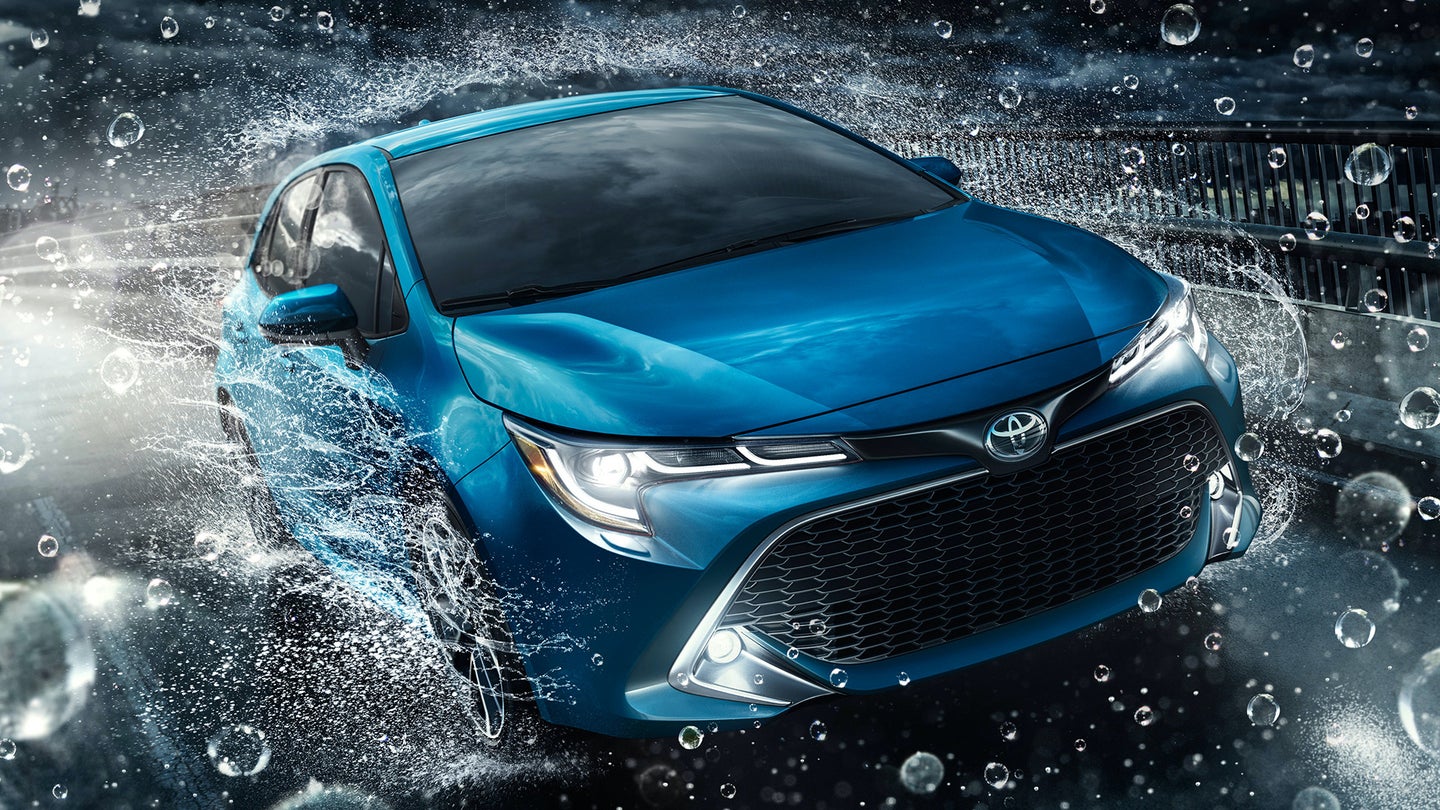 Though the enticing Toyota GR Yaris with its 268 horsepower and all-wheel drive won't be sold in the United States, Toyota's Executive VP of Sales went on record in February stating that Toyota would have "an answer" to American demand for the GR Yaris. While we still think that could mean a hot C-HR or Corolla CUV, a fresh rumor suggests Toyota's "answer" could be a hot GR Corolla hatch, due as soon as 2022.

This sporting take on Toyota's already-spunky Corolla Hatchback will repurpose the GR Yaris's 1.6-liter turbocharged three-cylinder engine, reports Car and Driver, though in a slightly milder state of tune. This would mean 257 horsepower and 266 pound-feet of torque to the GR Yaris's 268 and 273 respectively. Toyota will reportedly pair the extra power with stiffer suspension, bigger brakes, wider wheels, and, to make the most of these chassis upgrades, high-performance summer tires. Pricing is reportedly expected to start around $30,000, or a couple of grand north of competitors like the Hyundai Veloster N.

Precisely what sort of transmission will link the GR Yaris-sourced three-cylinder to the wheels is uncertain, though Toyota has yet to mate this power plant to anything other than a six-speed manual. Another unknown is whether the GR Corolla will feature all-wheel drive, be it the mechanical system utilized in the GR Yaris, or an electrified rear axle like the kind slowly becoming commonplace on Toyota hybrids. One rumor from 2018 suggested that a hybrid GR Corolla is "inevitable," though our own talks with Toyota officials indicate no plans to add electric rear axles to cars not already sold as hybrids. While Toyota does sell the Corolla in hybrid guise, it only does so in the sedan body style, not the hatch.

The Drive contacted Toyota for a statement on its plans for sporting Corolla hatches, and we will update when we hear back.