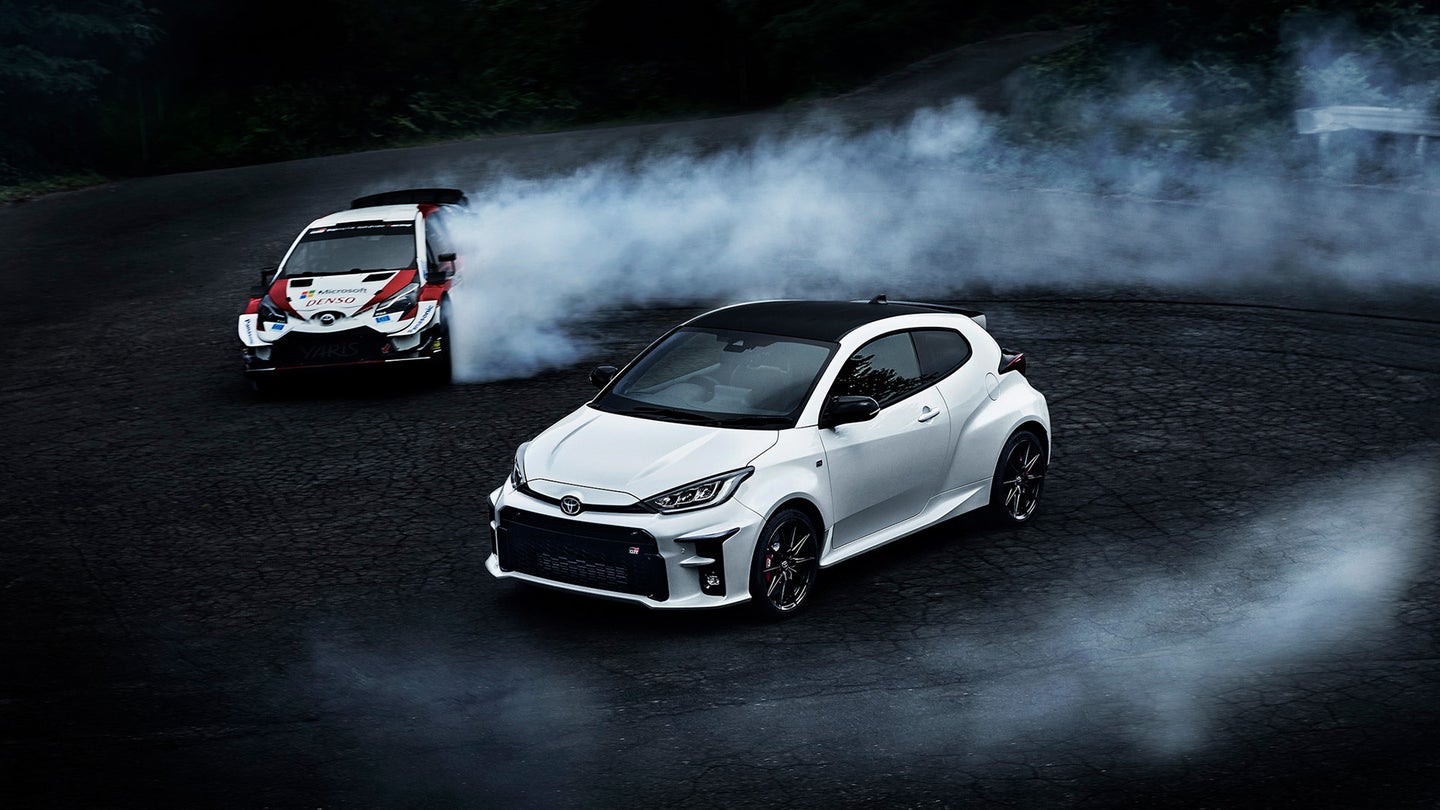 We knew Toyota President Akio Toyoda has been racing GT86s and Supras using his alias "Morizo," who happens to be Toyota Gazoo Racing's Master Driver. As a real enthusiast, the 64-year-old executive was certainly happy to see the Subaru-powered Hachi-Roku's (ハチロク) success, as well as the return of the Supra based on BMW's technology. However, he wasn't about to rest until Toyota got back into the World Rally Championship, only to reverse-engineer its winning race car to create the ultimate Toyota hot hatch in-house.

Following up on the limited-edition GRMN Yaris of 2017, the 2020 GR Yaris may not be a car for America, yet it's the wildest Toyota product in decades, based on know-how that's likely to spawn an AWD GR Corolla as well as a spicy crossover for the U.S. market. And to get here, Akio Toyoda kept himself busy testing mules, talking understeer and consulting with both his engineers and rally team chief Tommi Mäkinen.

The Toyota Yaris WRC has been developed by Mäkinen's team up in the forests of Finland, using an engine supplied by Toyota Gazoo Racing Europe in Cologne, Germany. In the two years since its return to the series, Toyota has won the manufacturers' world championship, followed up by drivers' and co-drivers' titles in 2019. Starting from January 2021, Tommi Mäkinen will continue as Toyota's motorsport advisor, while the Toyota Gazoo Racing World Rally Team moves under the German operation's umbrella.

By that time, Toyota's GR Yaris models should hit the road as well. These special editions are built on a combination of Toyota's GA-B and GA-C platforms, packing turbocharged and direct port-injected, 1.6-liter, G16E-GTS three-cylinder engines tuned to produce 268 horsepower and 273 pound-feet of torque. They also feature a six-speed V16-series manual gearbox with a multi-plate clutch, Toyota's GR-Four permanent four-wheel-drive system and Torsen-style limited-slip differentials at both the front and rear.

That's pretty much the WRC package turned into a viable business case, resulting in a compact hatchback that's both furious at speed and as daily drivable as a base Yaris. In fact, those who wish only for the GR's looks can buy the RS trim in select markets, which is a front-wheel-drive car with a 1.5-liter three-cylinder and a CVT transmission. Enough about that, though.

The Yaris GR everybody talks about is the 4WD monster Akio Toyoda spent so much time developing with his team. Mule after mule, on snow, gravel and tarmac, the GR project had to be a worthy successor to Toyota's last 4WD sports car, the Celica GT-Four of 1999. Toyota even set up an exclusive production line for the GR Yaris inside its Motomachi Plant, making the most of its master craftsman team members there.

It's not often we see the president of an auto company being so hands-on with a car's development, putting the helmet on to understeer into a snowbank. Sure, being the grandson of Toyota Motors founder Kiichiro Toyoda comes with obligations, yet Akio Toyoda's dedication has every chance to put the brand right back where it should have been all along, with Gazoo Racing's sports car development spearheaded by the three-time Le Mans-winning TS050 Hybrid-based GR Super Sport hypercar.

Also congratulations to Toyota's freshly-appointed motorsport advisor Tommi Mäkinen, the four-time world champion who doesn't own a Mitsubishi Evo VI Tommi Mäkinen Edition, but supports the idea of yours being black instead of red.